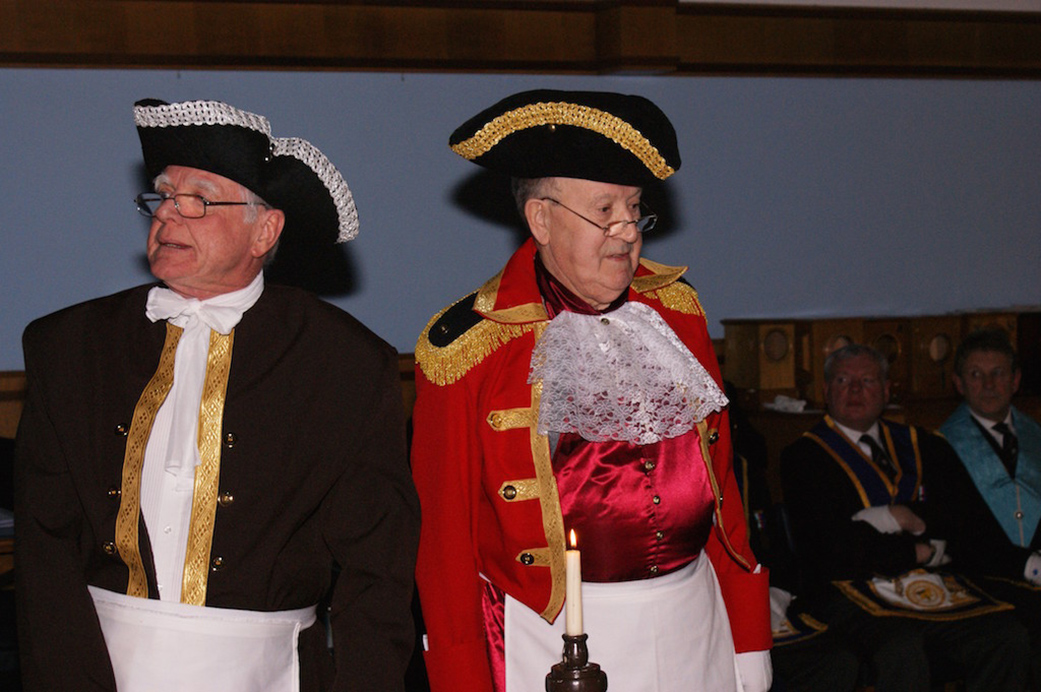 How and When did Freemasonry Start?

There are two main theories of origin.

According to one, the operative stonemasons who built the great cathedrals and castles had lodges in which they discussed trade affairs. They had simple initiation ceremonies and, as there were no City and Guild certificates, due cards or trade union membership cards, they adopted secret signs and words to demonstrate that they were trained masons when they moved from site to site. In the 1600s, these operative lodges began to accept non-operatives as "gentlemen masons". Gradually these non-operatives took over the lodges and turned them from operative to "free and accepted" or speculative" lodges.

The other theory is that in the late 1500s and early 1600s, there was a group, which was interested in the promotion of religious and political tolerance in an age of great intolerance when differences of opinion on matters of religion and politics were to lead to bloody civil war. In forming Freemasonry, they were trying to make better men and a better world. As the means of teaching in those days was by allegory and symbolism, they took the idea of building as the central allegory on which to form their system.

The main source of allegory was the Bible, the contents of which were known to everyone even if they could not read, and the only building described in detail in the Bible was King Solomon’s Temple, which became the basis of the ritual.