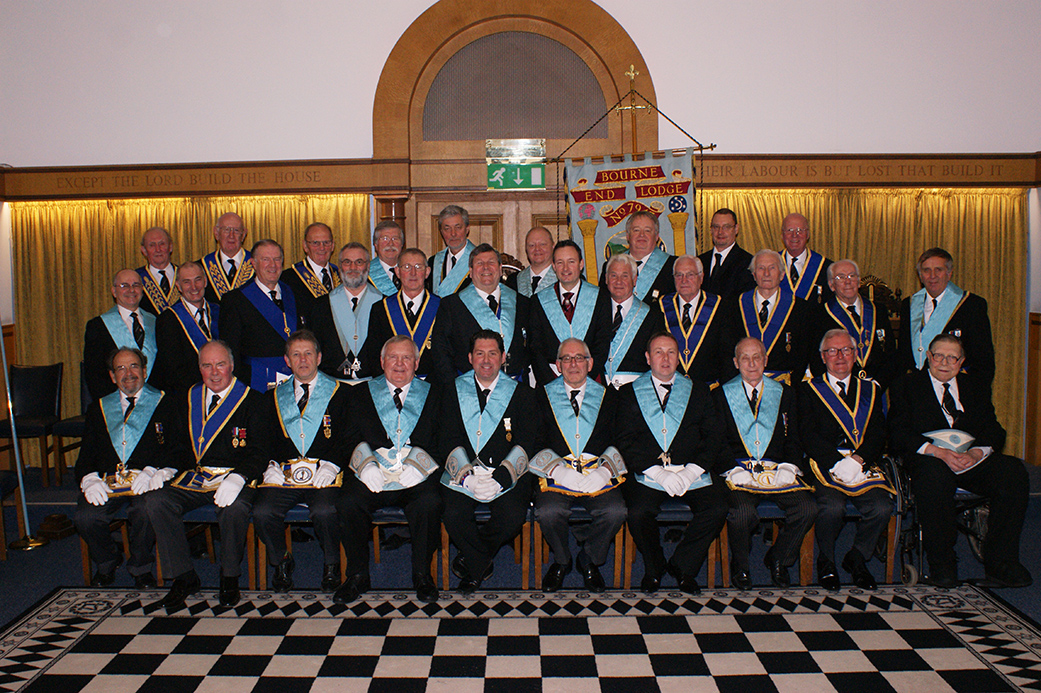 What is a Lodge?

A Lodge is, in effect, the modern version of what used to be a group of working stonemasons. These days, rather than stonemasons, a Lodge can be viewed as a social team whose common objective is to promote and share in the experience of pursuing the precepts and values of Freemasonry.

In doing so, they remain stonemasons at heart for, as metaphorical sculptors, they try to create in themselves better and more worthy individuals.

Its members gather to meet on a regular basis on pre-determined dates. Membership of a Lodge can vary from a handful of men, to well over a hundred - although it is most commonly in the range of 30 - 60. Collectively, the members are known as "Brethren".

Who runs a Lodge?

A Lodge is strictly hierarchical, and is led by the "Master", called the "Worshipful Master". Officers - two “Wardens”, two “Deacons”, an “Inner Guard” and a “Tyler”, support him.

Each year, a new Worshipful Master of the Lodge is elected and then appointed in a special installation ceremony.

The purpose of the Wardens was, and still is, to assist the Master in the management of the Lodge. In times past, the Deacons' primary role was to act as couriers, and thus ensure good communication. These days, the role of "courier" is rather more notional. But as a vital part of their own Masonic progression, Deacons also have special responsibilities in the initiation of new members "Entered Apprentices" - and their subsequent, later advancement to the 2nd Degree. The Inner Guard exists, even now, to ensure that visitors except, with the permission of the Master, do not interrupt the meeting of the Lodge. The "Tyler" stands outside the door of the Temple to introduce guests and late arrivals at moments convenient to the proceedings.

Other key officers in the Lodge are:

Why do Lodges meet in a temple?

Any room in which a Lodge convenes formally is referred to as a Temple. Normally temples are regarded as places of worship or religious practice. However, in Masonic terms the temple is a place where Masons of all Faiths may not only pay homage to the Great Architect of the Universe but also enact long-established ceremonies and rituals that help guide them on their quest of self-discovery and self-improvement.

What happens at a Lodge meeting?

The meeting is in two parts. As in any association there is a certain amount of administrative procedure, minutes of last meeting, proposing and balloting for new members, discussing and voting on financial matters, election of officers, news and correspondence. Then there are the ceremonies for admitting new Masons and the annual installation of the Master and appointment of officers. The three ceremonies for admitting a new Mason are in two parts, a slightly dramatic instruction in the principles and lessons taught in the Craft followed by a lecture in which the candidate's various duties are spelled out.