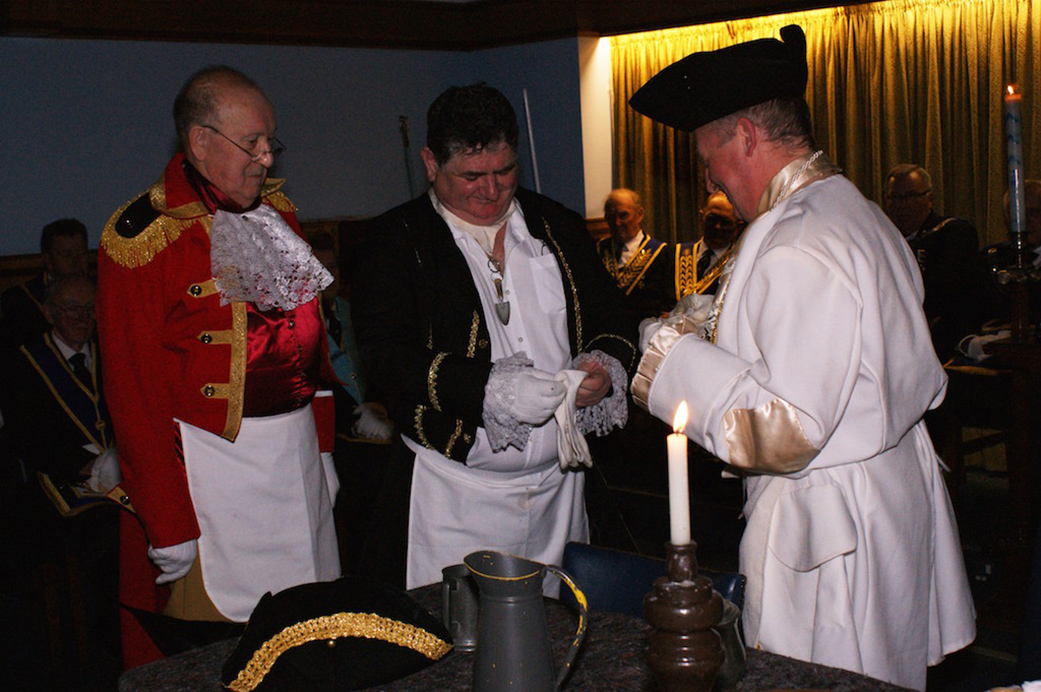 Why do Freemasons take oaths?

New members make solemn promises concerning their conduct in the Lodge and in society. Each member also promises to keep confidential the traditional methods of proving that he is a Freemason, which he would use when visiting a lodge where he is not known. Freemasons do not swear allegiances to each other or to Freemasonry. Freemasons promise to support others in time of need, but only if that support does not conflict with their duties to God, the law, their family or with their responsibilities as a citizen.

Why do your "obligations" contain hideous penalties?

They no longer do. When Masonic ritual was developing in the late 1600s and 1700s it was quite common for legal and civil oaths to include physical penalties and Freemasonry simply followed the practice of the times. In Freemasonry, however, the physical penalties were always symbolic and were never carried out. After long discussion, they were removed from the promises in 1986.

Is it true that Masons have to "swear to secrecy"?

Yes it is, but it's not nearly as dramatic as it sounds!

Firstly, swearing to secrecy exists to remind Masons of the importance of preserving the concept of the "journey of self-discovery" and the unfolding Masonic story. It's rather like ensuring that no one reads the last chapter of a thrilling book without first having read carefully all the preceding pages. And the process can take many years!

Therefore a Mason is not permitted to get a "sneak preview" of what lies ahead, nor is he allowed to divulge them to anyone, otherwise there would be no journey, no unfolding story!

The notion of a physical penalty for "disclosure" is again purely symbolic, a legacy of the days of ancient ceremonies, but it does serve to place great emphasis on Freemasonry's reliance on the integrity of the individual to preserve the amazing way in which it works.

How strict are the Masonic rules?

Masonic rules and regulations place much emphasis on the individual to exercise his integrity and responsibility. Because of this, the rules are generally very highly respected by everyone, giving the impression of being strictly applied. Indeed they are. But as in most things Masonic, it is close guidance and good example that generally prevails rather than castigation.

Whilst we recognise and accept that human failing will always be amongst us, we have clearly defined limits of tolerance.