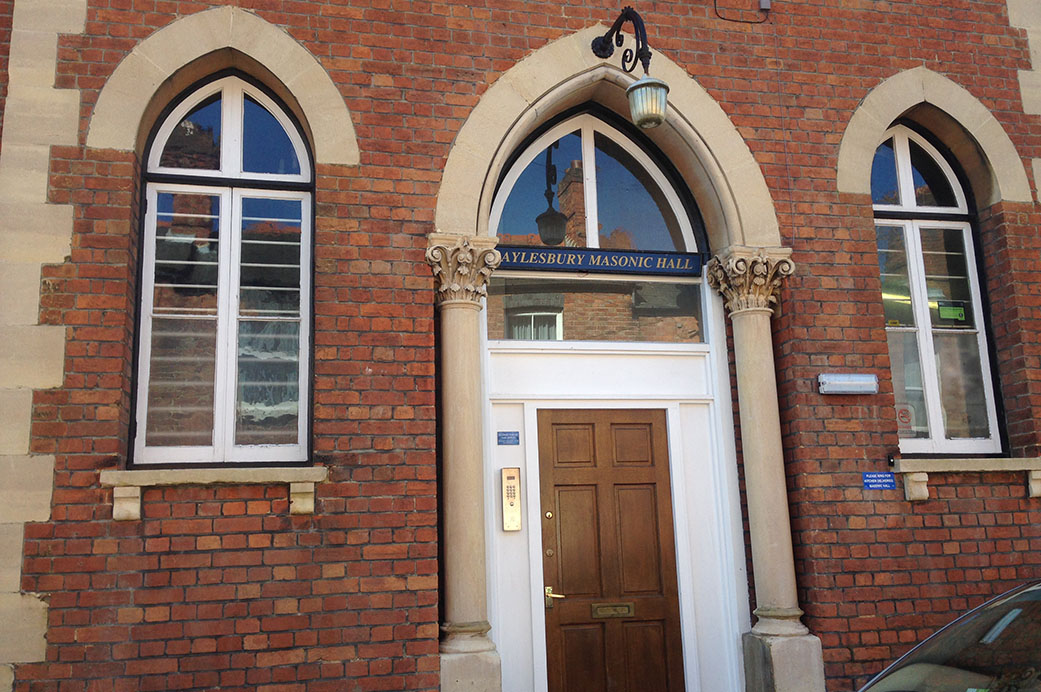 Aylesbury is the County Town of Bucks. Aylesbury was a major market town in Anglo-Saxon times, the burial place of Saint Osyth, whose shrine attracted pilgrims. The Early English parish church of St. Mary (which has many later additions) has a crypt beneath. At the Norman Conquest, the King took the manor of Aylesbury for himself, and it is listed as a royal manor in the Domesday Book, 1086. Some lands here were granted by William the Conqueror to citizens upon the extraordinary tenure that the owners should provide straw for the monarch's bed, sweet herbs for his chamber, and two green geese and three eels for his table, whenever he should visit Aylesbury.

Aylesbury Masonic Hall is the home of the first Lodge in Buckinghamshire – the Buckingham Lodge No. 591. It was Consecrated in 1852 when it was No. 861; and was subsequently during the renumbering in the late 19th Century was given the current number. The Lodge purchased the building in 1880.

Parking is still a major issue if visiting the Hall, there are a number of car parks the furthest is less than 1/8th mile away. There plenty around the town centre, that is about 5/8th of a mile where you will also find the railway station; Aylesbury railway station, the terminus being at Aylesbury Vale Parkway railway station; and sits upon  line from London Marylebone. Aylesbury is served by the A41 from London to Birkenhead. M40 is close by however at Bicester 13 miles (21 km) west (by north) of Aylesbury. The A413 and A418 roads also run through the town. The M40 motorway at junction 9 is 14.7 miles (23.7 km) away and the M25 motorway is just over 21 miles (34 km)'s drive.