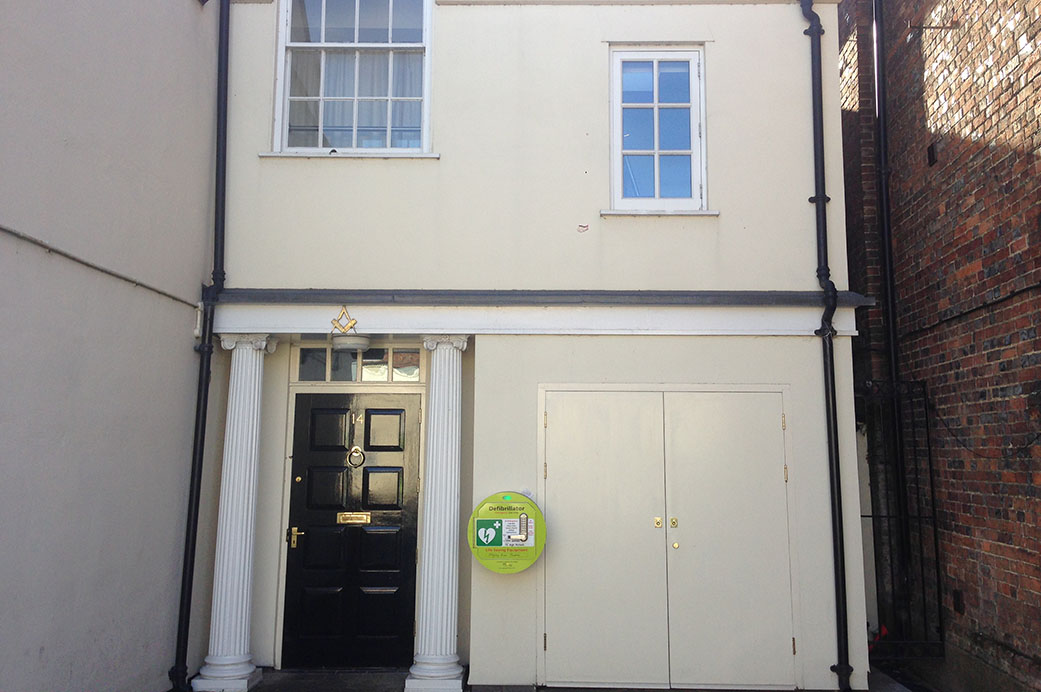 Although it is in Oxford Province, it is used by 2 Lodges, one Chapter & one Mark Lodge from Bucks Province. The Hall is set back from the buildings either side of it. Thame is an old market town and is a popular place to visit. Thame is just off the A418 & the 329 and sits between Aylesbury & the M40; the former being just under tem miles east & the latter some 3 ½ miles to the west, and just under three miles to the east is Thame & Haddenham Parkway Railway Station which is part of the Chiltern Trains route out of London Marylebone to Birmingham.