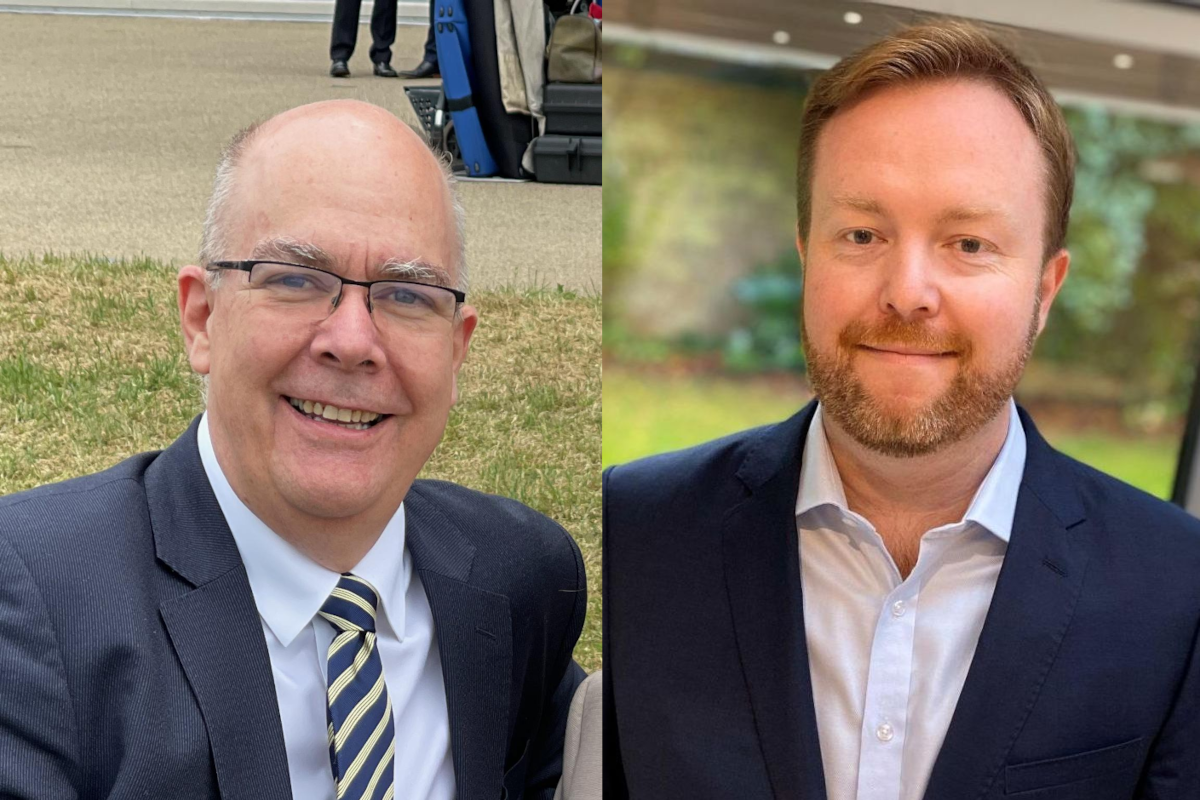 As a Province, we are incredibly proud of V.W.Bro Hugh Douglas-Smith's recent appointment to Chief Information Officer for UGLE. I am confident that he will be successful in the delivery of game-changing information systems throughout national Freemasonry. To enable him to focus his efforts on the delivery of this critical national agenda, he has requested to stand down from the office of Deputy Provincial Grand Master as of December 2022.

I would like to personally thank Hugh for all of the hard work he has undertaken during his time in office and for 20 years of involvement in the Province. Hugh has been a critical leader in our development. In particular, he has been instrumental in the modernisation of our processes, systems and IT. Under his leadership, we have seen the successful implementation of initiatives such as HeliPAD, the Provincial Website and online booking systems. These achievements represent just a few of Hugh's many successes.

Throughout his many years of dedicated service, Hugh has provided selfless and dedicated support to both me and to Lodges throughout the Province. As Deputy Provincial Grand Master he has provided leadership to the BMBF and BMCF, and was very active in his support of the 2021 festival, including the incredible feat of abseiling 420 feet down the Northampton Lighthouse! Hugh has been a leader in the development and implementation of our Provincial strategy, as well as in enhancing the visiting officer scheme. More recently, he has overseen the growth and continued success of the Temperance group of Lodges. Once again, I am very excited about the positive effect Hugh will have at UGLE, I congratulate him on his appointment and wish him every success.

Today, I am pleased to announce that W.Bro Neil Robertson, PPGW has accepted my invitation to succeed Hugh as Deputy Provincial Grand Master.

Neil was initiated into Heatherden Lodge No.7345 in 2002, and installed as WM in 2008. Having spent many years developing a career in IT leadership, Neil is now Vice President of a global manufacturing company and is supported by his wife Michelle, and his two children.

He served five years as Secretary of the Buckinghamshire Provincial Grand Stewards' Lodge and is currently the Membership Officer. In partnership with the current Lodge Mentor and Secretary, he has supported the behind-the-scenes organisation of our Provincial Grand Lodge meetings for many years.

After spending three years as a Steward Escort, Neil was promoted to the acting rank of Provincial Deputy Grand Director of Ceremonies in 2015 and was part of the consecration team for both the Buckinghamshire Motorcycle and Classic Car Lodges. He was Provincial Grand Orator in 2018 for three years, becoming famous for his 80’s disco-style new initiate presentations for BIG. Like his predecessor, he has spent much of his masonic career providing technical support in the Provincial Office.

Neil is a very active mason and spends a great deal of his time in support of other Lodges. Joining Upton Manor Lodge in 2013 he was instrumental in connecting the lodge with the NECC and more recently, joining Old Paludians Lodge to help recover and support the Lodge as it welcomed several new members as part of our B.I.G. initiative.

Promoted to Provincial Senior Grand Warden in 2021, he helped to deliver several critical membership initiatives helping to initiate nine candidates in two Lodges at BIG and supporting PRETTY BIG meetings at every centre, recently partnering with W.Bro Matt Perkins to organise the 12 Days of Xmas initiative.

Due to the urgency of Hugh’s task at UGLE I have invested W.Bro Neil Robertson in the field at Orion Lodge meeting at Slough today. We will repeat and reaffirm the appointment at our Provincial Grand Lodge meeting on Saturday 7th October 2023. Please put this date in your diaries today.

I wish both Hugh and Neil every success in their new roles.