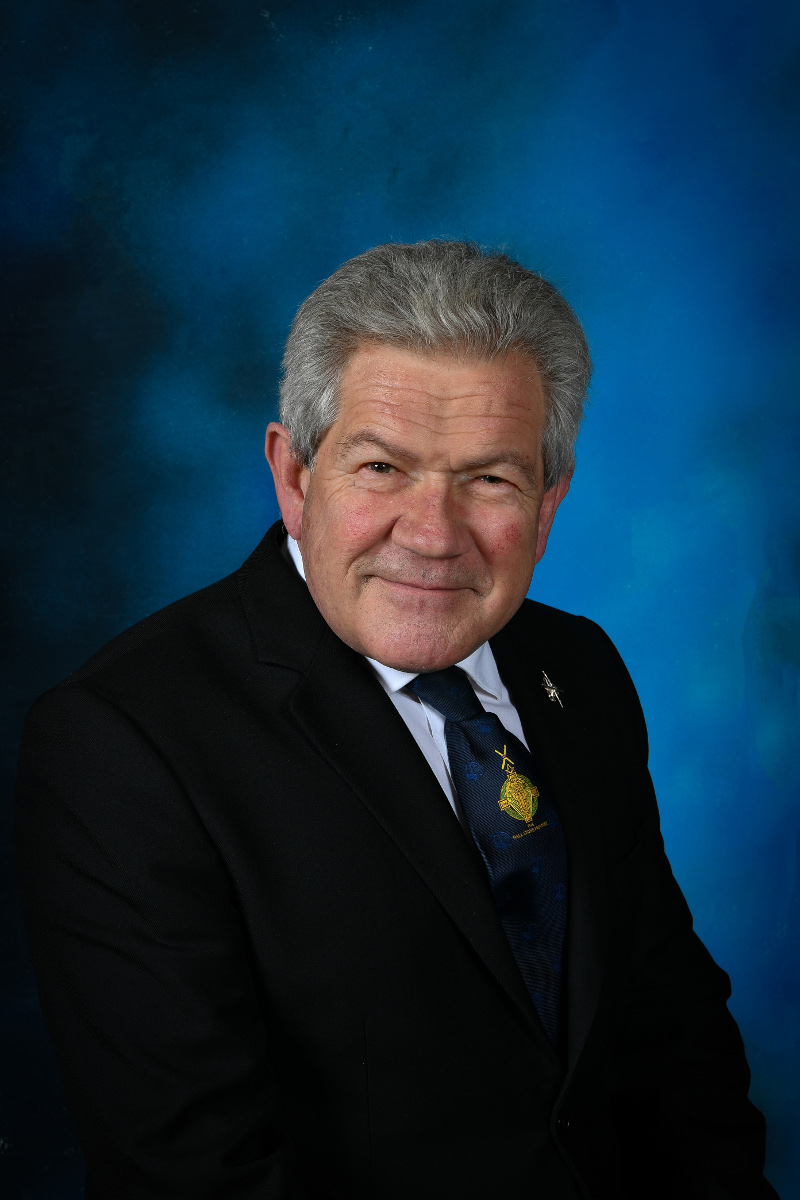 Andy was born in Berkshire and after spending his school years in Newbury joined the Army and subsequently travelled to and lived in a number of countries around the globe. Married to Chrissy, they have two adult sons and four grandchildren.

Andy joined the Army as an aircraft engineer and was responsible for the maintenance, repair and overhaul of a range of reconnaissance and attack helicopters, deploying teams worldwide in support of exercises and operations. Leaving the Army in 2002 he then became the Operations Director and subsequently Managing Director of a successful training and consultancy business. Today Andy provides consultancy support in engineering and training to a variety of companies and is invariably based in London.

Andy was introduced to Freemasonry by his father who initiated him into Victory Lodge No 3954 in April 2003. He subsequently became a joining member of Burke Lodge No 6154 in Marlow later that year. Working through the progressive offices he became Master of Burke Lodge in October 2008 and a year later served as the Master of Victory Lodge in Newbury. He subsequently joined Buckinghamshire Masters and Buckinghamshire Provincial Grand Stewards Lodge. Serving as a Steward Escort and subsequently as Provincial Deputy Grand Director of Ceremonies Andy has supported lodge visits throughout the Province. He gained honorary membership of the Buckinghamshire Motorcycle and Classic Car lodges having undertaken active roles in their respective consecrations as ProvDepGDC. Andy was exalted into Thynne Chapter No 1478 in 2018. In addition to assisting in a variety of Provincial activities Andy became a team member of the Master Elect Training Team, lead the Bucks Masonic Wanderers Club and also served as the VO of Industria Lodge until 2018.