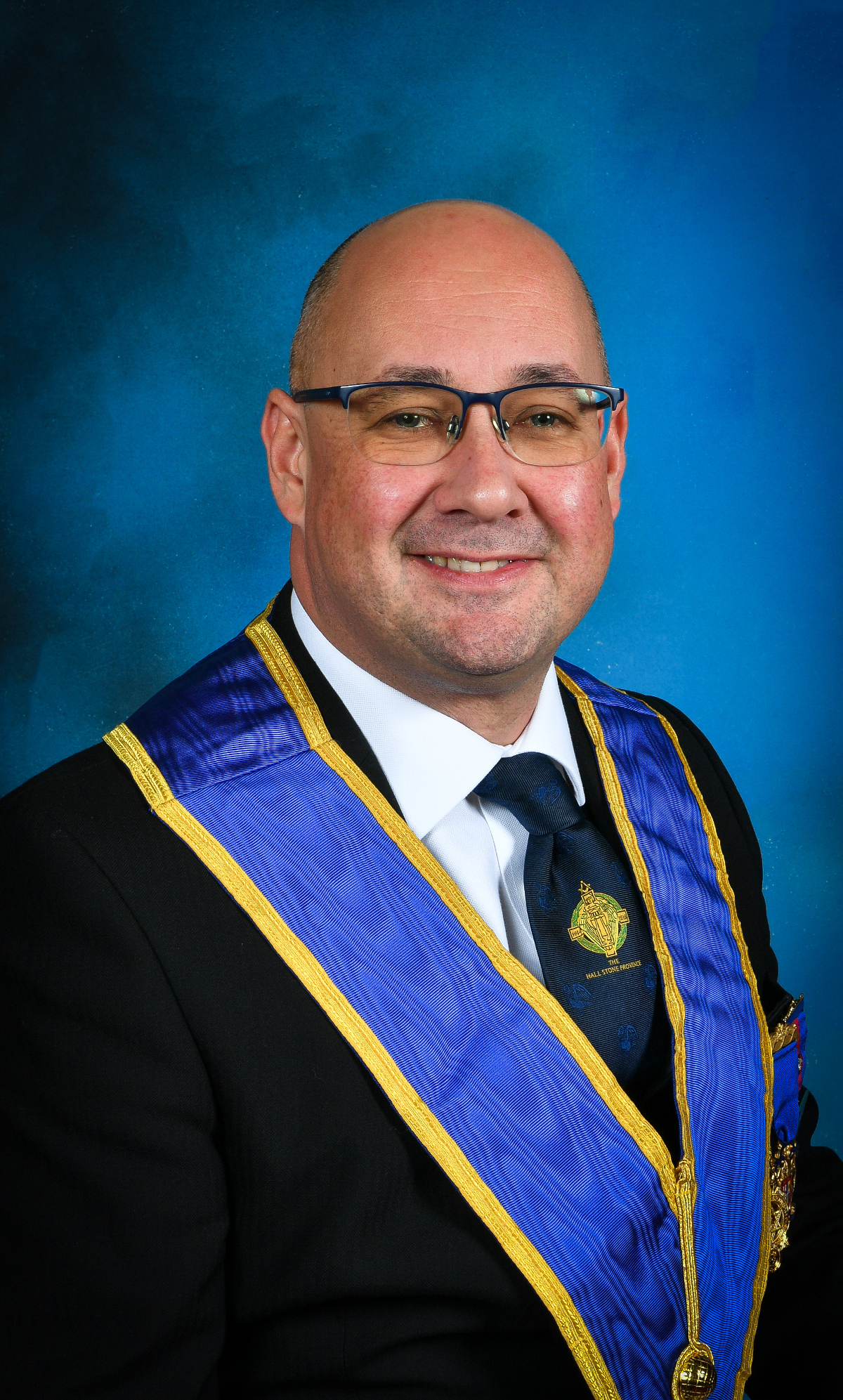 David was born in 1974. For the past 20 years he has practised as a Solicitor. He has been married to Jill for 23 years and has three daughters, Emily, Charlotte and Lucy.

David was initially attracted to Freemasonry by the charitable aspects but has since discovered that there are so many aspects to the Craft.

He also enjoys Royal Arch. He also tends to the garden at Gerrards Cross Station as part of the freemasonry in the community initiative.

Outside Freemasonry David supports numerous charities and is interested in music. He is Chairman of the Ruislip and Northwood Royal British Legion. He particularly enjoys his time in Swanage where he has a home. He loves walking, the beach and generally enjoying clean fresh air with the family.