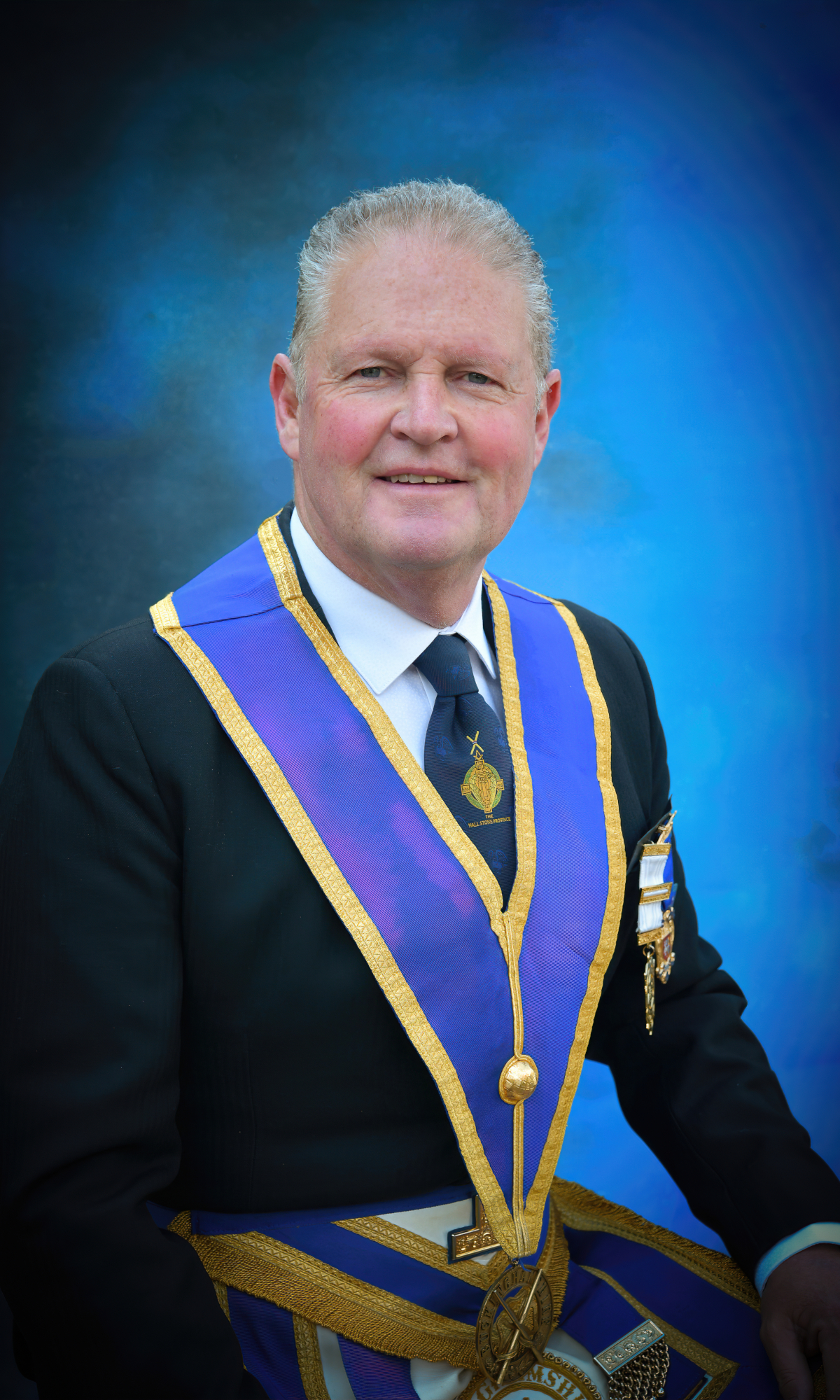 Born in London, Bill moved to Buckinghamshire before starting school in Stoke Mandeville and then later educated at Aylesbury Grammar School. Married to Sue, they have three children and have lived in Haddenham for 20 years. Bill loves travelling and cooking and once upon a time was a decent golfer, but is now a keen rugby spectator who also enjoys all sports. Bill has worked in the Building Industry since leaving school, working through the ranks to Construction Director of a Regional Housebuilder, before starting his own company in 2006. His proudest achievement, winning design awards for some of the projects his company has built.

Exalted into Provincial Grand Stewards Chapter no.9222 in December 2015

Since 2016 Bill has been involved in co ordinating some of the major events in the Province.
The Windsor Raceday Tercentenary Celebrations in 2017
The MCF Mid Festival Fortnight, culminating in the Mid Festival Ball in 2019
The Provincial Grand Lodge Meeting in 2019