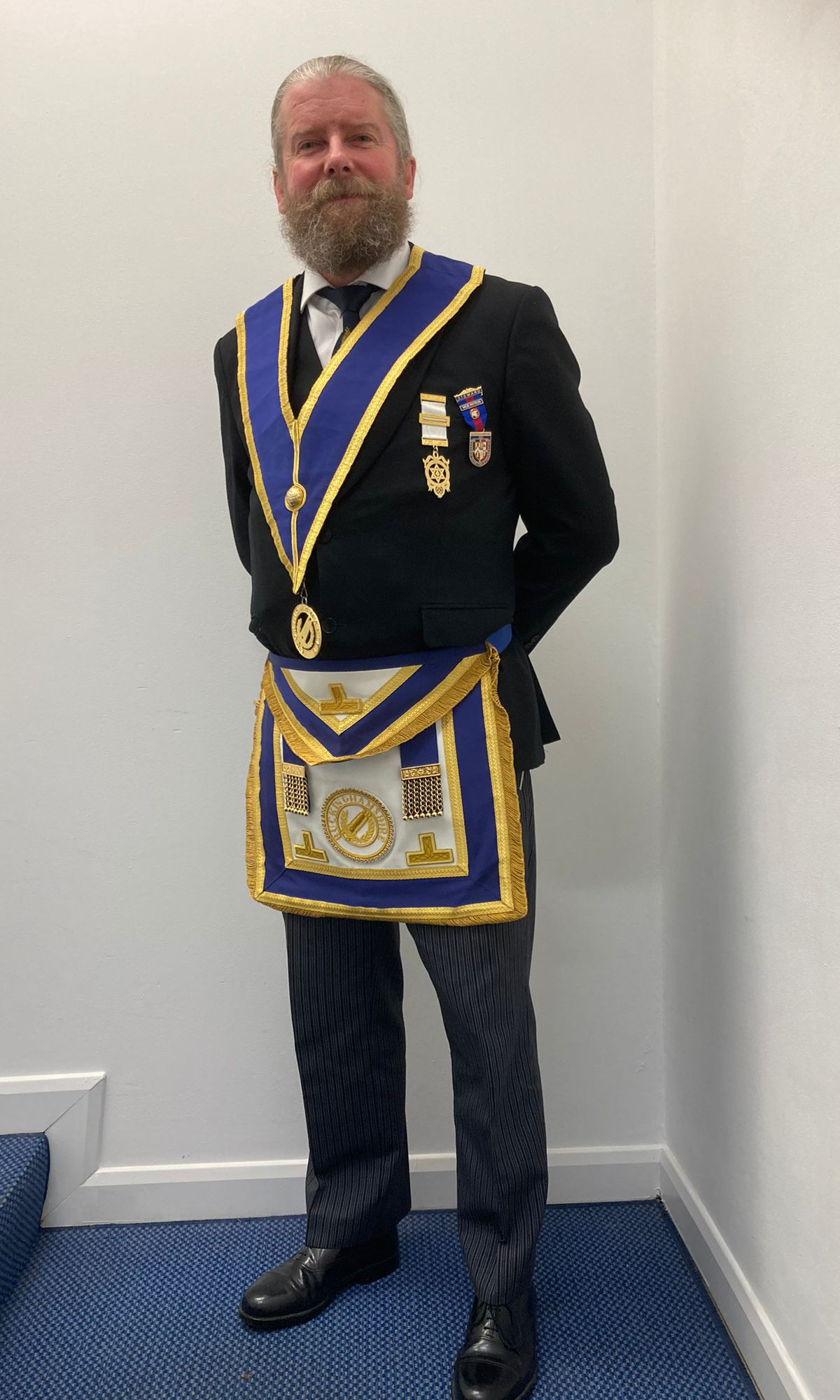 Ewan was born at RAF Wraughton in Swindon in 1972. Brought up in Bicester, Oxfordshire for much of his life, moved to Buckingham in 2015 and now lives in Aylesbury with his Wife Jenny and two Step Sons. Ewan is a Prison Officer at HMP Woodhill in Milton Keynes which is part of the High Security Estate where he deals with Prisoners with very complex needs and personality disorders. Ewan is a fourth generation Lewis although his Mother Lodge, Culham College Lodge handed its Warrant in 2014. Ewan is a keen sportsman, he is one of a few people to run and cycled from Lands End to John O’Groats and calls himself an ‘End to Ender’. Ewan famously ran the 1,000 mile route in 2015 dressed as Forrest Gump, which he received international coverage with the BBC.