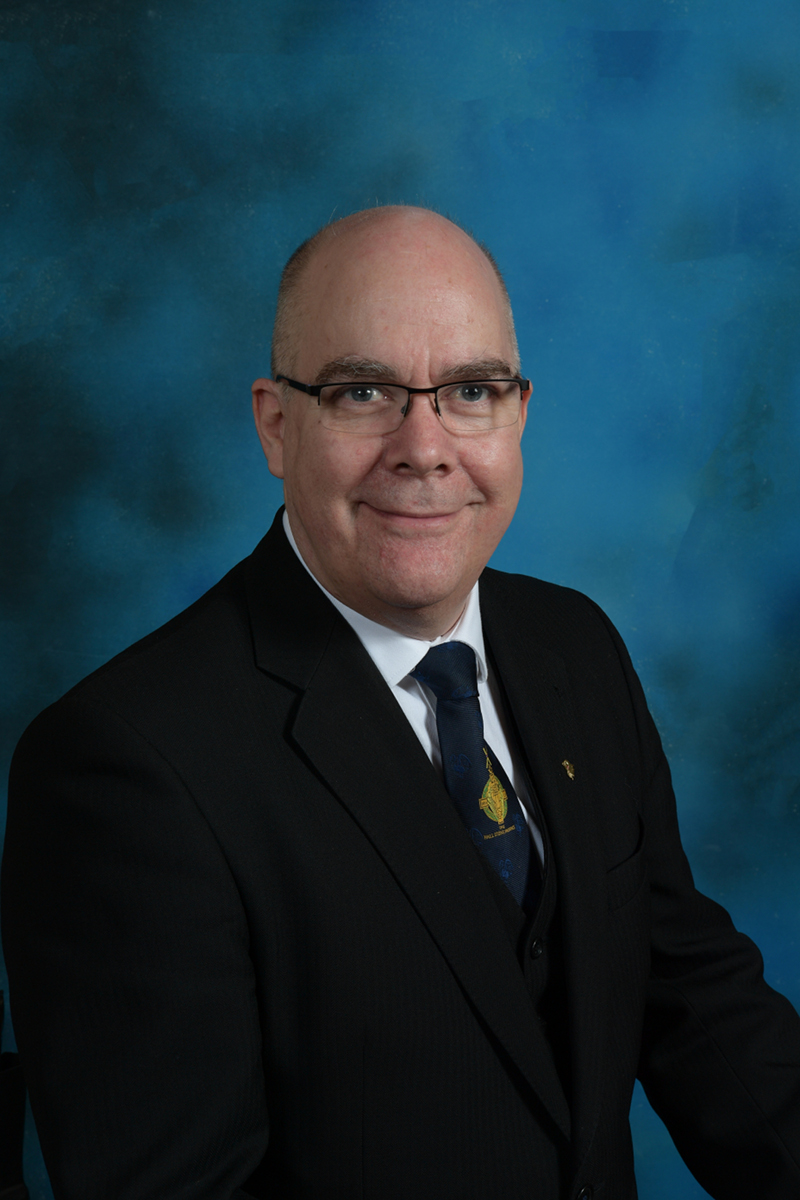 Hugh Douglas-Smith was born in Dorset in 1964, he moved to St Albans and has since lived in the home counties, now residing in Ascot, Berkshire. He has three grown up children who are each now forging their own way in the world.

Hugh started his career in electronics and programming with involvement in industrial operating systems and video graphics. He then went into sales and served as a board member or senior executive for a number of significant software companies. Today he runs an internet and software company with a team of programmers producing bespoke online applications. He has recently been appointed to the board of Open Source Matters Inc. in charge of operations. OSM is the corporation behind the Joomla! content management system which powers more than 3% of the worlds websites including this site. Hugh describes his role in working life as being similar to the positions he has had within freemasonry, in that with one he is asking highly skilled programmers to donate their time and expertise to building a world leading software package, and on the other hand, asking volunteers who share a common interest to do something positive for their local communities to help strengthen a global organisation which is a force for good.

Hugh was introduced to freemasonry by W.Bro. John Cox at a ladies night in 1987. He asked to join and was initiated into Marcellians Lodge No. 4450, then a London Lodge, in October 1988. Hugh enjoyed learning ritual and performed the Charge to an initiate soon after taking his own 3rd degree. He took an active role in Marcellians Lodge, becoming Master in 1994 and again when Marcellians moved to Buckinghamshire in 2006. He has served the lodge as Treasurer, Secretary and Assistant Secretary as well as working through the progressive offices.

Hugh was also a member of Five Points Lodge No. 8197, going through the chair in 1998 and 2007. He joined The Buckinghamshire Provincial Grand Stewards’ Lodge 9222 in 2000 and has served there as JD, JW, Assistant Secretary, Secretary and SW. In addition Hugh has looked after Marlow Valley Lodge 8974 as their VO since 2016.

Hugh was appointed at a Provincial Grand Steward in 2000, received LGR in 2003, was promoted to PPJGD in 2003, and active roles as ProvDepGDC in 2008 and ProvJGW in 2014. He served the province as a Steward Escort for 2 years and then as DepProvGDC for 6 years during which time he visited each lodge in the province where official visits took place.

Hugh was exalted into Five Points Chapter in 1991 and was awarded PPGStdB in 2002 and promoted to PPGSoj in 2008, he is now a member of Risborough Chapter C5203.

Hugh served for 2 years as the Chairman of the Slough Masonic Centre and has had an active role in the development of the Provincial websites since the first site in 2003. He sat on the Provincial Strategy Group and has been an active member of the Stewards’ Lecture Team.