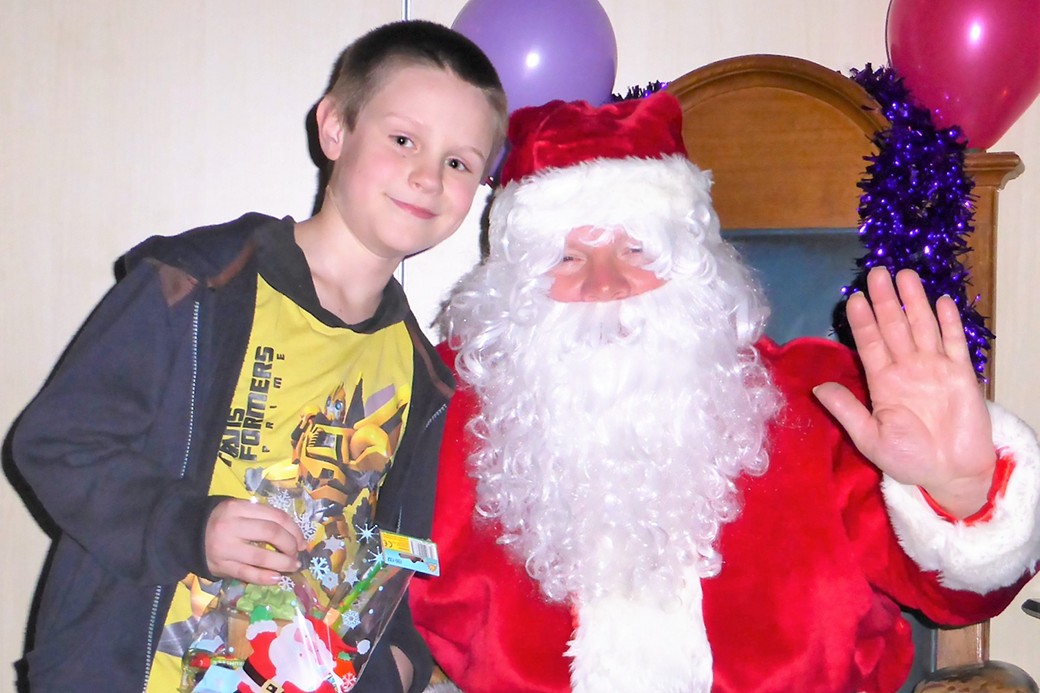 Following the extremely successful and most enjoyable Christmas lunch for adult carers in their local area, the Beaconsfield branch of Freemasonry in the Community held a Christmas party for 49 young carers between the ages of 6 and 11 at the Beaconsfield Masonic Centre on 6th December.

The afternoon started with magician David Weeks enchanting the children with his tricks and was followed with a banquet of sandwiches, biscuits, cake and fizzy drinks.

The fun and merriment was heightened further by the arrival of Santa Claus (aka Graham Thorn of Hall Barn Chapter) who brought in a sackful of presents for the children. It was wonderful to see the joy and excitement in their eyes as he gave every child a gift.

The afternoon continued with a disco and the children were able to let off steam with dancing and singing, before a happy and tired return to their homes.

None of this would have been possible without the help of the members of the Beaconsfield Committee who gave their time so freely to make it such a memorable time for the children. In particular, Graham Thorn, Rob Knock, Tony Dyckes, Steve Matthews and their wives. Also, a big thank you must go to all those Members of the various Lodges which meet at the Beaconsfield Centre for their donations which helped make the event possible.

Santa Claus said: “A special mention must go to the new Provincial Clay Pigeon Shooting Club for their donation, Steve Matthews, Master of Hall Barn Lodge 8480, and his wife Helen, who gave the monies raised at their Ladies Night and from a joint supper evening with Frederick Lawson Lodge 9185, to ensure the success of the afternoon.”

Rob Knock also of Hall Barn Lodge added: “As part of our support to Freemasonry in the Community we are extremely pleased to have held this event, and look forward to being able to do the same in the years to come.”

Picture shows: One of the young carers, Adam, with Santa Claus (Graham Thorn)