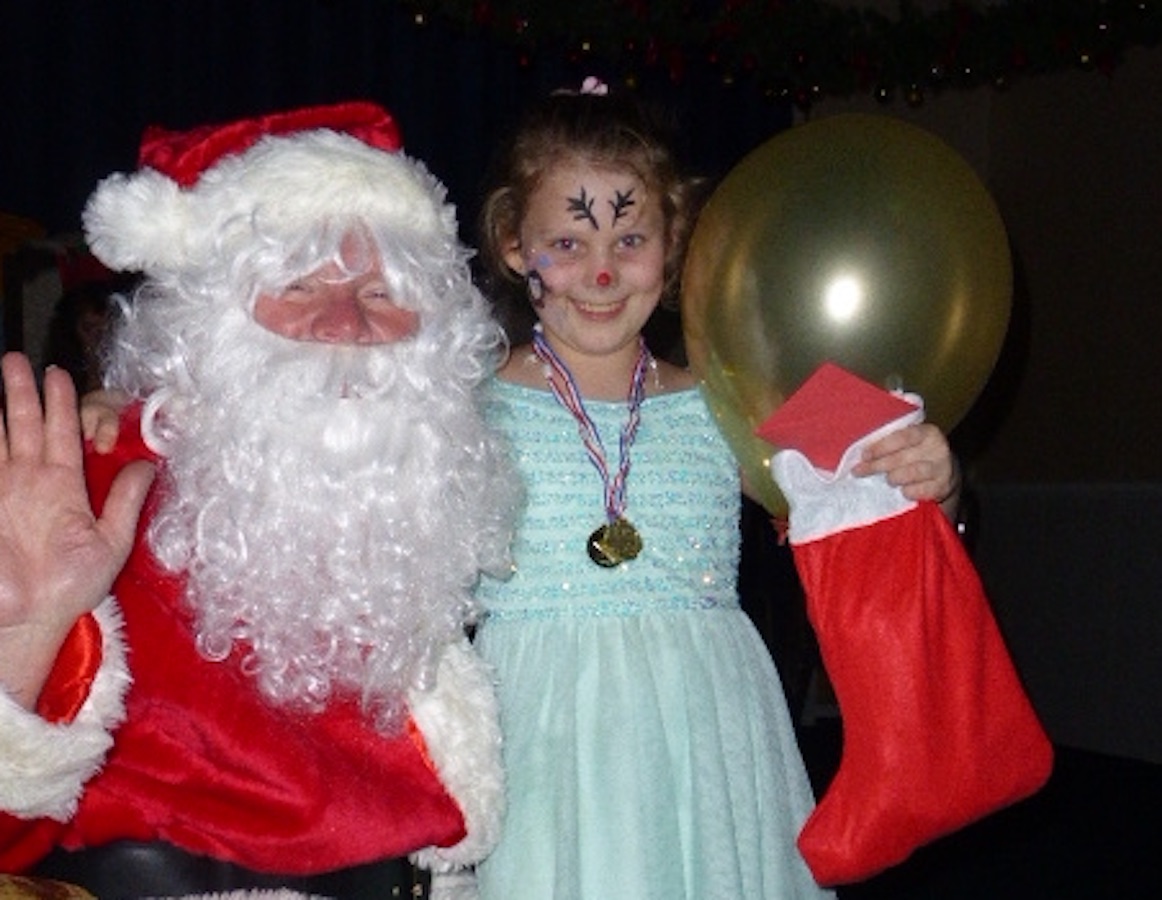 Beaconsfield Masonic Centre was once again the venue for 40 young carers between the ages of 7 and 14 for their Christmas party,

Firstly they were entertained by David Weeks now our resident magician because of his ability to keep the youngsters mystified with his magic, then on to eat and drink as much as possible, join in the games organised by Maxine Lansdell a Young Carers activity worker, then get their face painted by Helen Matthews.

They then had their own Disco supplied by Ryan the DJ from Phase Two Music and they couldn't believe after all of that Father Christmas arrived with a gift for everyone. Lisa Kelly one of the Young Carers Co-ordinators commented to Steve, "thank you so much for yesterday the children had such super fun and so did we, it really is the very best start to Christmas".

"Wishing you all the best and thanking you for all the support you have given to our young carers this year". Maxine added Thanks again, to you and your team, for a fabulous Christmas party! The children and the rest of the young carer's team had a wonderful afternoon

Thanks must go to members of the Beaconsfield Freemasonry in the Community Committee present, Graham Thorn, Barry Sparks, Tony and Christine Dyckes and Steve and Helen Matthews, who  also enjoyed the party immensely. Also a big thank you to Lodges, Chapters etc. meeting at Beaconsfield Centre for their donations to top up the budget from the Province, these are gratefully received and faithfully applied.

Their web site is www.carersbucks.org