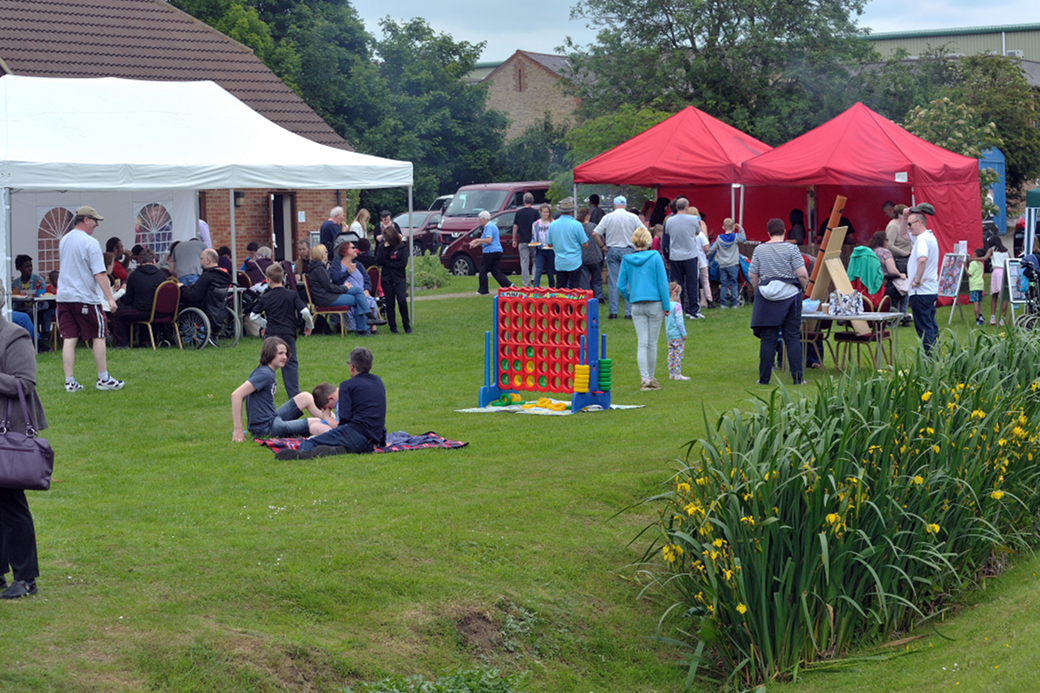 This gave the Young Carers a much needed day off from their busy life and duties. Held at the Herons Lodge Centre in Great Holm over 170 people attended and had an afternoon of live music, barbecue, drinks, animal petting zoo, bingo and bouncy castles.

Young Carers are a group of children or young adults who due to circumstance have to look after their parents or siblings who have physical or mental disabilities stopping them living a normal life. In some cases children as young as eight are doing daily runs to the shops and missing out on fun childhood memories in order to keep the family going and often don't ask for too much help as they are worried they may be put into care themselves if they are seen as running the house hold.

Following a cut in their funding nine years ago, Milton Keynes Carers found they were unable to afford the annual fun day for the carers in their area.  Local Freemasons Lodges stepped in and have organised the fun day ever since. Indeed, St Martin’s Lodge holds an annual summer ball, the proceeds from which are used to supplement the funding for the young carers. This is also helped by extra funding from Provincial funds.