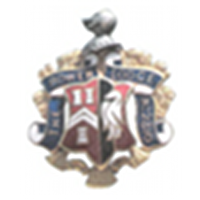 Welcome to the Bowen Freemason’s Lodge No. 2816

History of the Lodge

Bowen Lodge 2816 was consecrated on the 7th July 1900 at the Town Hall in Chesham by Lord Addington, the then Provincial Grand Master of Buckinghamshire following authorisation from the United Grand Lodge of England. The 21 founders of the lodge were largely from the London area, only three being local to the Chesham area.

The Lodge was named after Mr John Evan Bowen who was the first Provincial Secretary of Buckinghamshire, when established as an independent Province in 1890. Prior to this, Buckinghamshire and Berkshire were a united province.

The first record of a lodge in the combined Provinces of Buckinghamshire and Berkshire dates back to 1725 although it is not until 1813 when the first lodge was recorded physically within Buckinghamshire. The two Provinces were then separately established in 1890 by order of the Grand Master (the then Prince of Wales). Mr Bowen was at this time appointed as the Provincial Secretary and in 1898 was appointed as Provincial Grand Master.

As Chesham was easy to get to from London by the Metropolitan Railway, many of the members being employed by the same, the lodge enjoyed a  unique travel privilege, as was pointed out to them on the summons they would receive;

“By courtesy of the Metropolitan Railway Company to meet the convenience of the Brethren, arrangements have been made whereby a special train will leave Baker Street for Chesham at 2:37pm calling at Brondesbury and Willesden Green on which compartments have been reserved. It is expected that Brethren will avail themselves of this train. Return from Chesham 9:00pm, 10:19pm and 10:57pm.”

The lodge continued to meet in Chesham for many years, after which meetings were held in Denham, Slough, Marlow and Gerrards Cross. In 1985 the lodge moved to its current home, The Beaconsfield Masonic Centre.

In 1930 the Lodge was awarded the Hall Stone Jewel in recognition of the substantial donations made by the Lodge towards the costs of Freemason’s Hall in London. Established as a memorial to the Brethren who made the Supreme Sacrifice, in the Great War. The Hall Stone Jewel was not awarded lightly,  Lodges contributing an average of ten guineas per member in order to receive one. 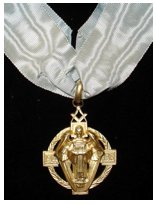 On Thursday 19th March 2015, Bowen Lodge held its 600th meeting. In attendance at this historic occasion was the current Assistant Provincial Grand Master of Buckinghamshire, amongst several other visitors.

Bowen Lodge places a great significance on the quality of the ritual that we practice to ensure that none of the meaning of the order is lost. We are a dynamic and progressive Lodge with a good cross section of Members of all ages and backgrounds.

Bowen Lodge practices a documented variation to M M Taylors Ritual. Taylors is renowned as being highly disciplined and precise. Bowen members then pride themselves on taking that principle just a little further, making our ceremonies rich in Bowen's Traditions.

Freemasons are taught to practice charity and to care, not only for their own, but also for the community as a whole – both by charitable giving, and by voluntary efforts and works as individuals.

Masonic charity is exercised at every level: individual Lodges make gifts and give aid to their own communities and every Province also gives large sums of money to regional causes. Nationally, our efforts are channelled through four main charity organisations:

We have 5 regular meetings, for which attendance is expected, these being scheduled on the third Thursday in the months of October, November, January, February and March.

Additionally, we have regular much less formal and sociable "Lodge of Instruction" evenings on Mondays from 7:45pm, during which we advance our understanding of Freemasonry.  These occur from September through to July

All of our meetings take place at:

Bowen lodge boasts an array of social activities for members and their families and friends to enjoy including summer barbecues, curry suppers, weekends away and formal dining evenings.

If you are interested in joining this Lodge as either someone new to Freemasonry or as an existing Mason, please feel free to contact the Secretary of the Lodge. We will always make you feel welcome, support your development and believe that your only regret will be that of not joining earlier. 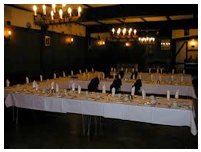