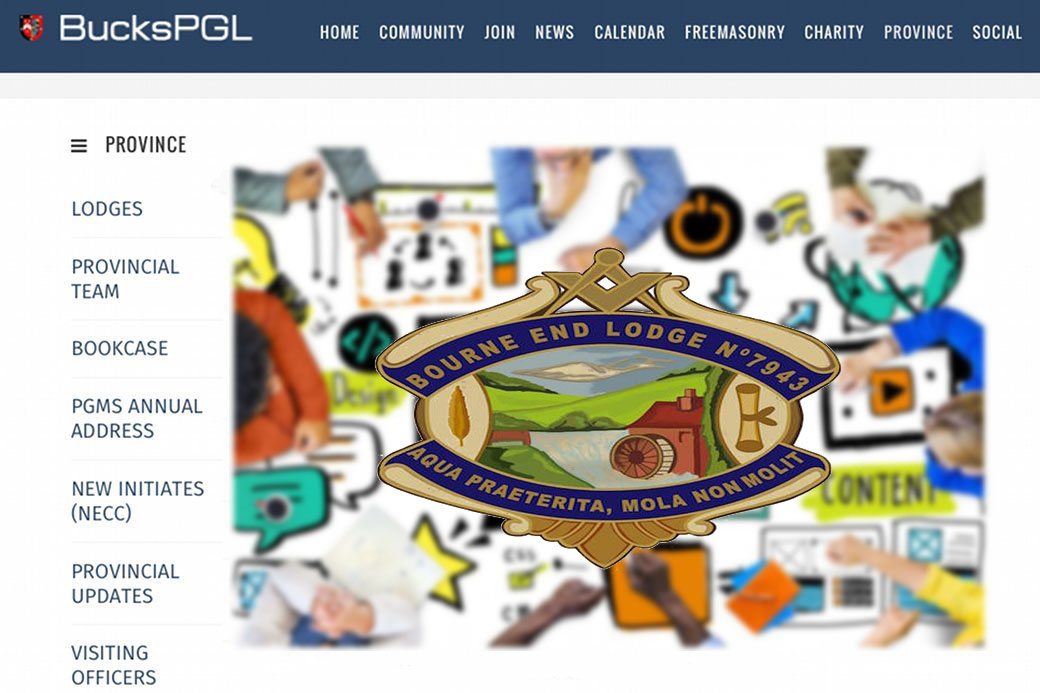 Vale Lodge No 6632 was founded in 1948 consequent to a petition being presented to Grand Lodge, seeking permission for it’s formation. The petition had been signed by fifteen Brethren who became Founder Members of the Lodge at the inaugural meeting.

As with any well established Lodge Ferdinand de Rothchild was developing at a healthy rate and a group of its most active Brethren decided to take the necessary steps to establish a new Lodge since the length of time required to achieve the Master’s Chair in our Mother Lodge was becoming excessive.

The name Vale was chosen to signify the Vale of Aylesbury, where it was hoped it would draw most of its members. It is represented on the Lodge crest by St Mary’s Church, Aylesbury, being the centre point of the Vale of Aylesbury. At the time of the consecration it was the tallest building in the area and thus visible from most points in the Vale.

The Founders and first officers of the Lodge donated their collars and jewels and these are still being used by the officers at the Lodge to this day.

In November 1959 Mrs Rufus Ramsden donated a set of Working Tools to the Lodge.

In June 1962 Bro A B Ramsden ( Senior Warden) proposed that the Lodge purchase a set of Tracing Boards and a pair of Square and Compass. This proposal was seconded by W Bro P Cannon and approved by the Brethren.

Please also upload and set your images to your own preference.