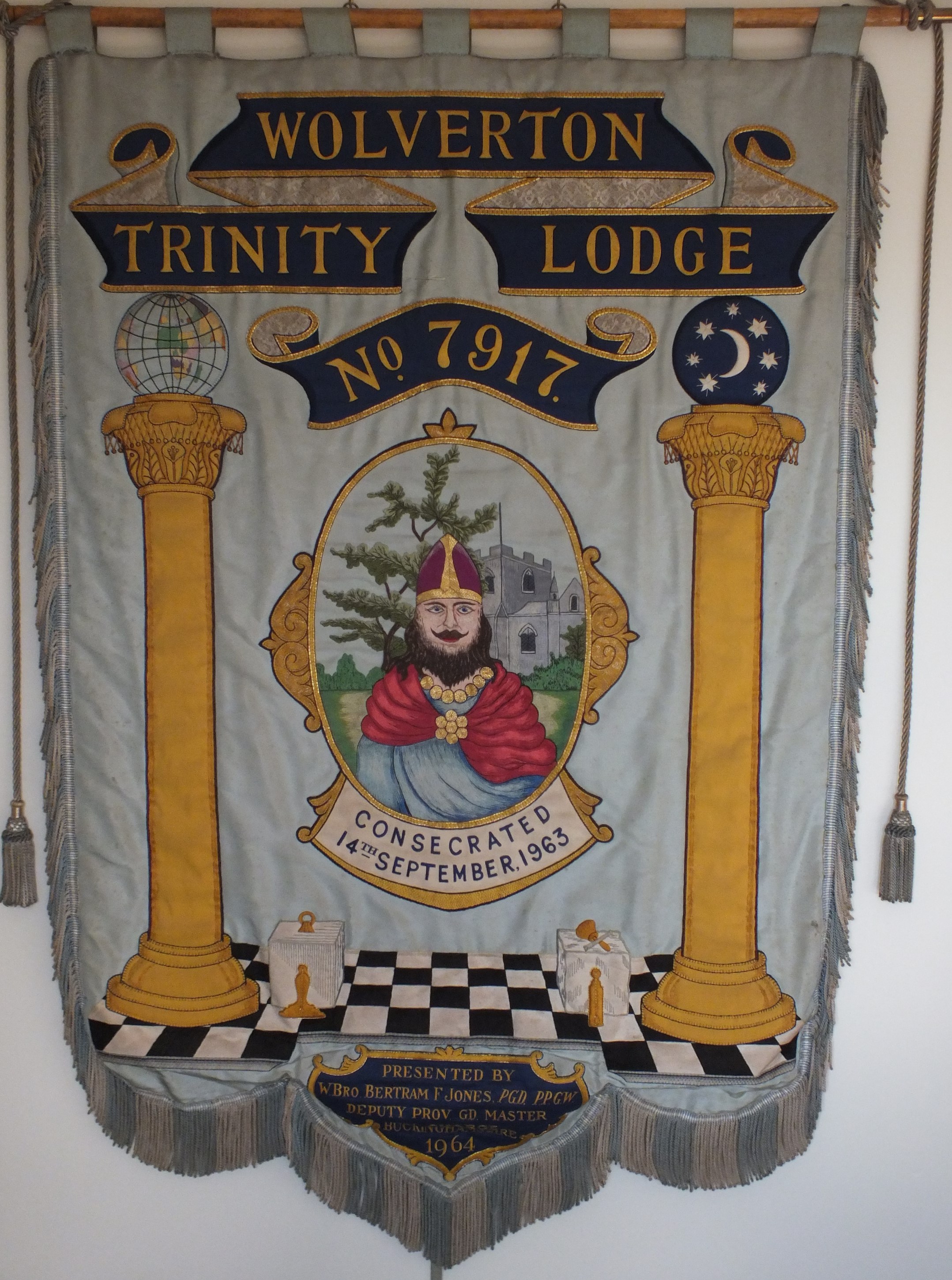 ​The Lodge Crest was chosen after research revealed that Wolverton has its origin in Anglo-Saxon times and appeared to derive its name from an Anglo-Saxon Chief "Wulfhere".   A figure depicting a Saxon Chieftain or nobleman as a principal feature of the Lodge Badge would serve as a reminder that Wolverton had a history covering more than 1000 years.  The background picture of the Lodge crest was taken from an actual photograph of Wolverton Holy Trinity Church.