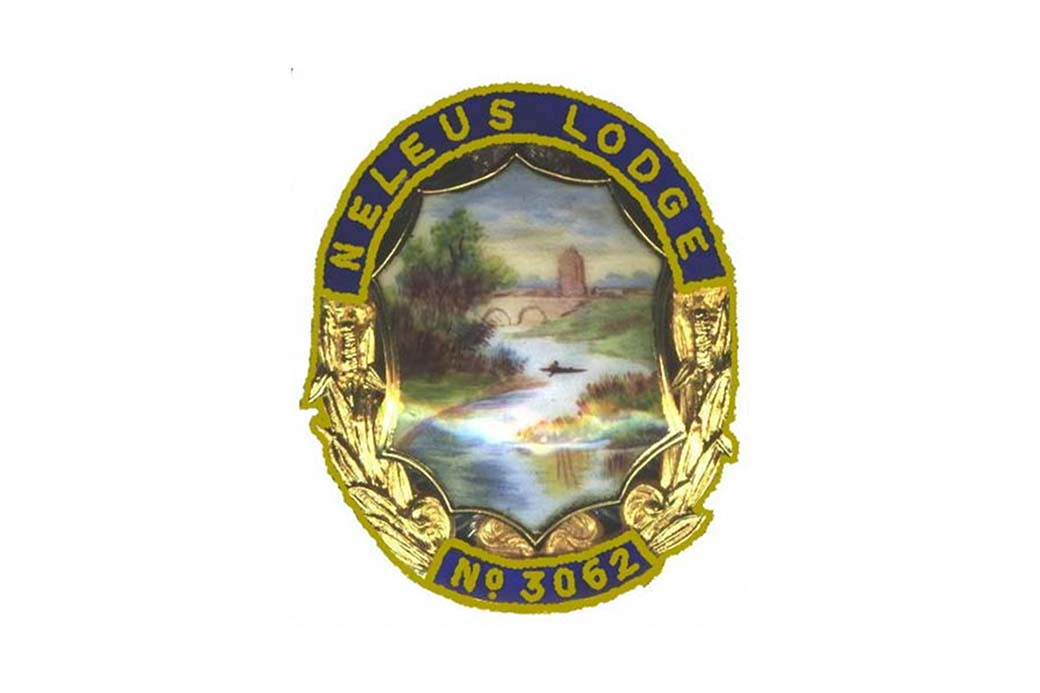 The Neleus Lodge was formed in 1904 by a small group of London Freemasons, to coincide with and commemorate the Jubilee of the Neleus Rowing Club (formed in 1854) of which they were all members, and which had its headquarters on the Middlesex side of the Thames at Hammerton’s Boating House, Thames Ditton. Neleus Lodge was named after the tenth Son of Poseidon, who was the Greek mythological God of the Water Boatmen.

Around that time, it was fashionable for the “London Set” to spend their Summer socialising on the banks of the Thames between Windsor and Datchet (and particularly at the Henley Regatta) and a number of Lodges met at the Manor Hotel Datchet, and it was an obvious venue with which to set up a “Summer” Lodge at this “resort”.The Consecration of the Lodge took place at the Leopold Institute at Slough on the 17th September 1904.

In the following years the Lodge met at a number of different venues and, in particular, between 1923 and 1946 the Lodge made its Summer home at the Dumb Bell Hotel at Taplow, where a Temple existed in a building, in the gardens, which had a corrugated roof, and at one meeting it was reported that the Worshipful Master had trouble in making himself heard because of the heavy rainfall drumming on the roof.

In 1946, closure of this building caused the Lodge to move to Slough, where a Temple existed opposite to St Mary’s Church, until 1960 when town planning alterations necessitated its demolition. The Lodge moved to the Misbourne Restaurant in Gerrards Cross, until the premises changed hands in 1982, and the Lodge became “homeless” (meeting in many different Masonic Centres) until 1985 when it moved to the Old School House in Beaconsfield, where it remains to this day.

During its very early days the first Lodge Banner was Dedicated, but later destroyed by fire at the Lodge’s Winter home at Frascati’s Restaurant, Oxford St, London, during the Blitz. No record was ever kept of its Dedication or “style”.

A second banner was consecrated on the 6th November 1993 at the Beaconsfield Centre, and depicts an oarsman/rower passing under the bridge at Taplow, to commemorate both the Lodge’s riverside origins; a part of the Thames beside which it held its Summer meetings for so many years; and its place within the Buckinghamshire Masonic fraternity. 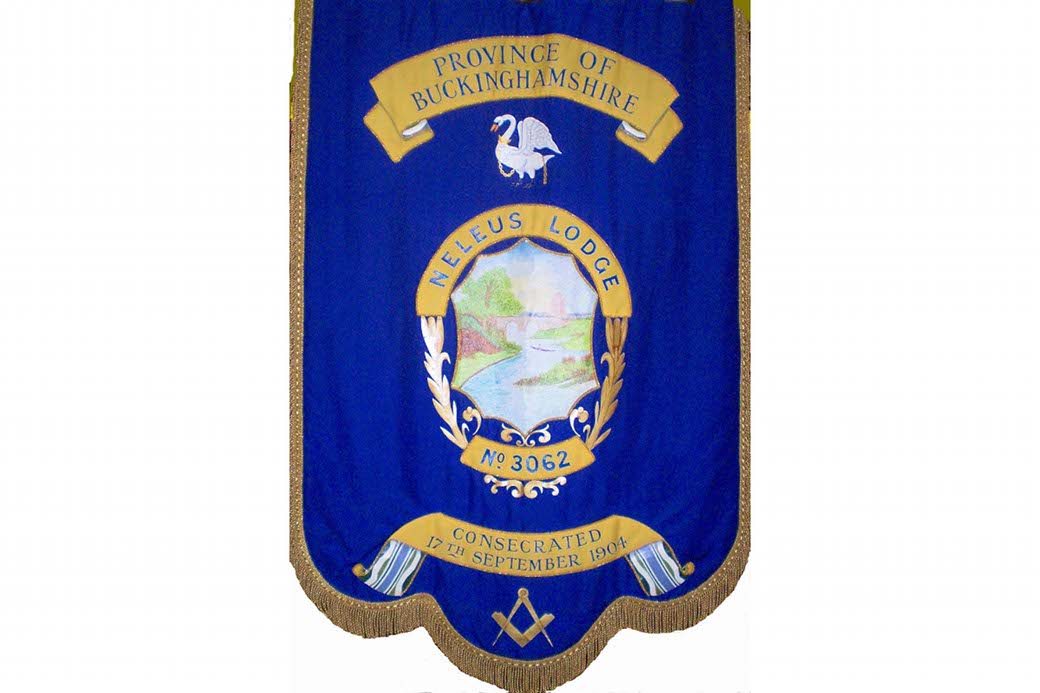