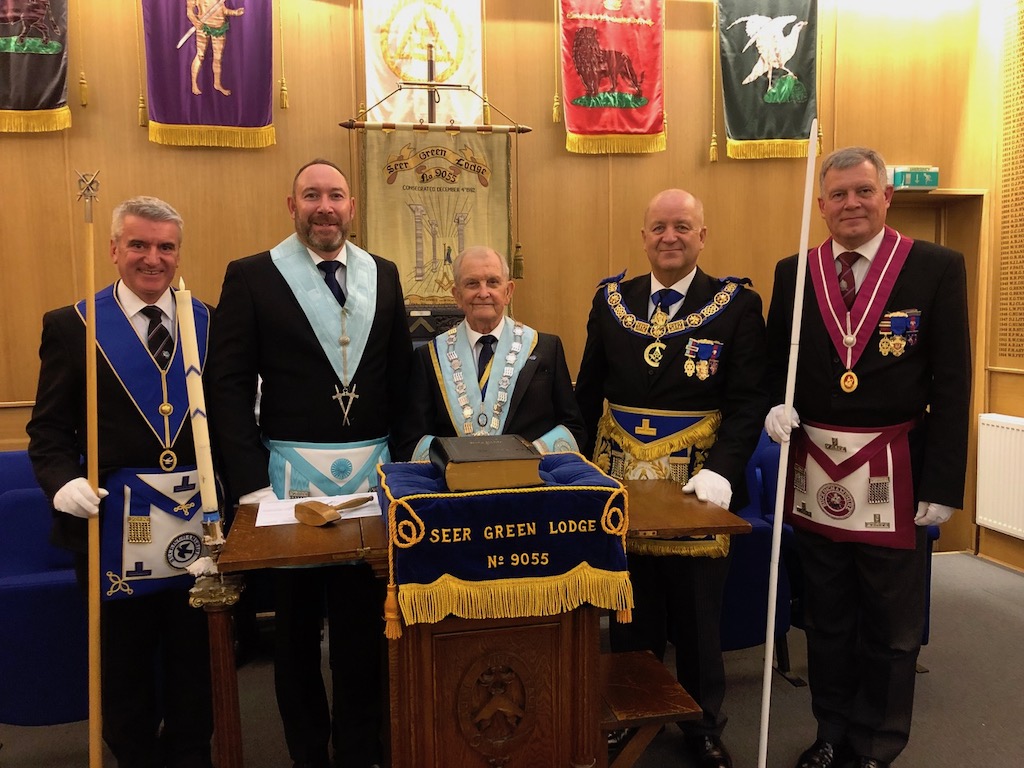 In late April 2018 W Bro Bob Graham during a special meeting of Seer Green Lodge, dedicated to his career in Freemasonry, received his 60thYear in Freemasonry Certificate from the Provincial Grand Master (PGM) John Clark.

During the later festivities eighty-seven year old Bob disclosed to the PGM that not only was he to be installed into the chair of King Solomon for the third time in October in celebration of his 60 years, but was to undertake at his first meeting in December the raising of the youngest member of the lodge Bro Craig Macmillan. Although he was looking forward to the occasion, he feared that he would no doubt find the ‘floor work’ slightly difficult because of his need to rely, at that stage, on a walking stick.

The PGM gave the undertaking that should his diary allow, he would be pleased to assist in the ceremony.

On the 1stDecember 2018 together with a number of other members of the Provincial Team in attendance, the PGM took the chair of the lodge and carried out the Ceremony of Raising.

W Bro Bob then returned to the chair of King Solomon to give the Traditional History.  Afterwards the W. Bro Bob presented a book of ritual to the newly raised brother who was congratulated by both Bob and the PGM.

Afterwards, a total of 38 members and guests dined at the Beaconsfield Centre.