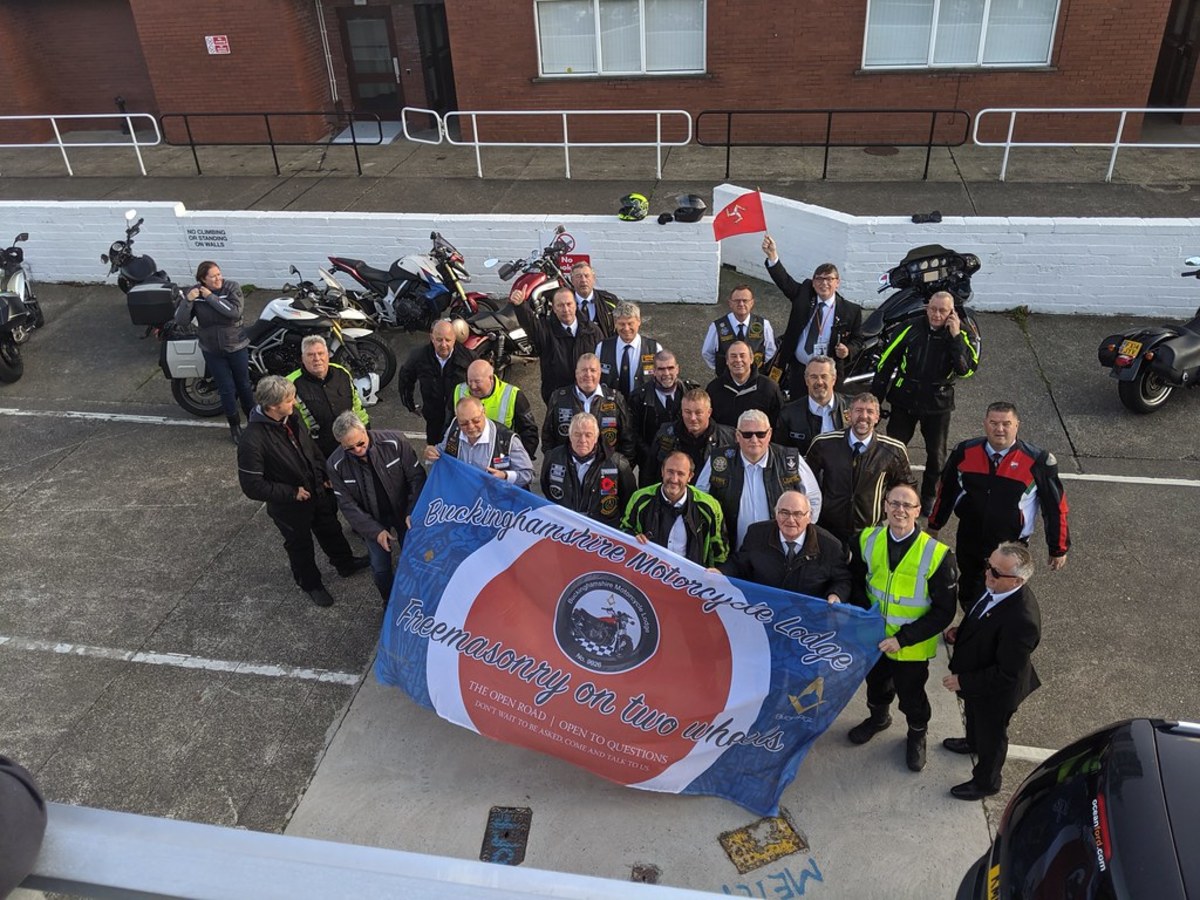 Buckinghamshire Motorcycle Lodge may only be 3 years old but it is already gaining a reputation for being both different and exciting.

Having already held ceremonies in Chipping Norton, the National Motorcycle Museum Birmingham and the National Arboretum in Staffordshire, on the 11th October 23 members set off from the Beaconsfield Masonic Centre to the Port of Heysham in Lancashire en route to the Isle of Man, home of British Motorcycling.

The group was warmly received by Masons from the Isle of Man including members of their Stewards Lodge and the TT Lodge. On the Saturday the ‘Rabble’, as they are fondly known, rode from Douglas to the Ramsay Masonic Centre and held a meeting where they initiated a new member, Kevin Ansell, in front of 50 Masons including the Deputy PGM of the Isle of Man VW. Bro Roger Southon.

At the meeting, the APGM W. Bro Gary Brodie had the great honour of performing a field promotion on behalf of the RW PGM John Clark (also a member of the Lodge ). W. Bro Herbie Waser was promoted to the rank of PPSGW in recognition of his tremendous efforts on behalf of the Lodge and Freemasonry in general.
After a tremendous Festive Board, the Brethren toured the 37.5-mile-long mountain course and at the start/finish line were treated to a talk on road racing on the Island by W. Bro David Downie MBE a member of the TT Lodge. Various presentations were exchanged and a great time had by all.
The Lodge would like to extend their thanks to W. Bro John Cretney of the TT Lodge for the invaluable assistance he gave in making the trip such a success.
More ‘ride out‘ meetings are planned in future and anyone interested in visiting Bucks Motorcycle Lodge, biker or not, is assured of a warm welcome and a meeting with a difference.