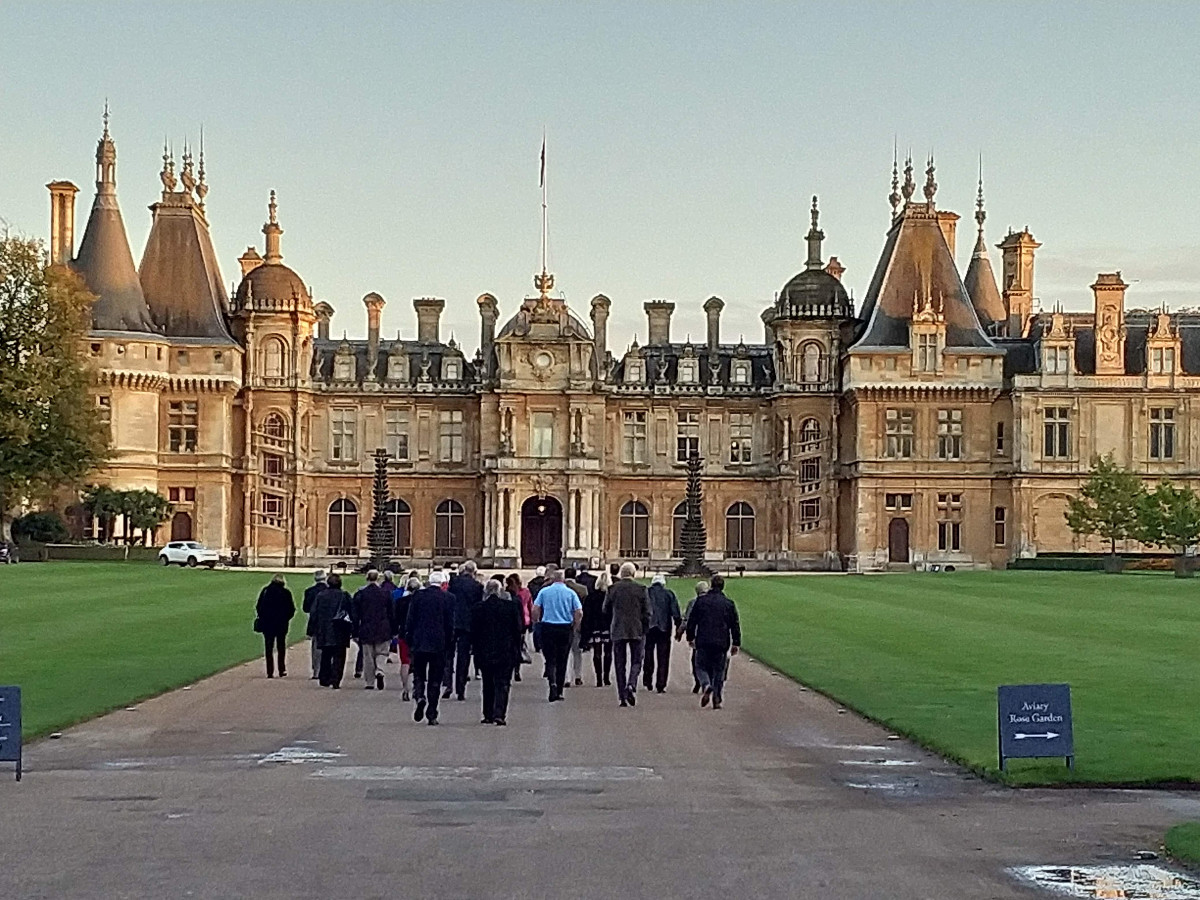 On 16th October 2019, sixteen Buckinghamshire Freemasons along with their partners and friends were invited to a private evening at Waddesdon Manor by Florence Nightingale Hospice Charity in celebration of their 30th anniversary and to give thanks for all that the Masons do for their charity by way of fundraising, donations and of course, volunteering.

They were greeted by the hospice team and led up the lovely drive to the house where they were met by a team of Manor curators, where they were treated to a private tour.

The tour ended with an overview of Ferdinand de Rothschild, who was a Freemason.
This masonic lodge in his name was established in Aylesbury in 1892. With its consecration taking place at the Five Arrows Hotel, Waddesdon on 30th May 1892.
Its name is derived from Baron Ferdinand who it was intended should be the first Master, however at the time he was in France where he was taken ill, and unable to be present, he was subsequently installed as second Master in June 1893.
The initiation fee was seven guineas, joining fee three guineas and annual subscription three guineas. 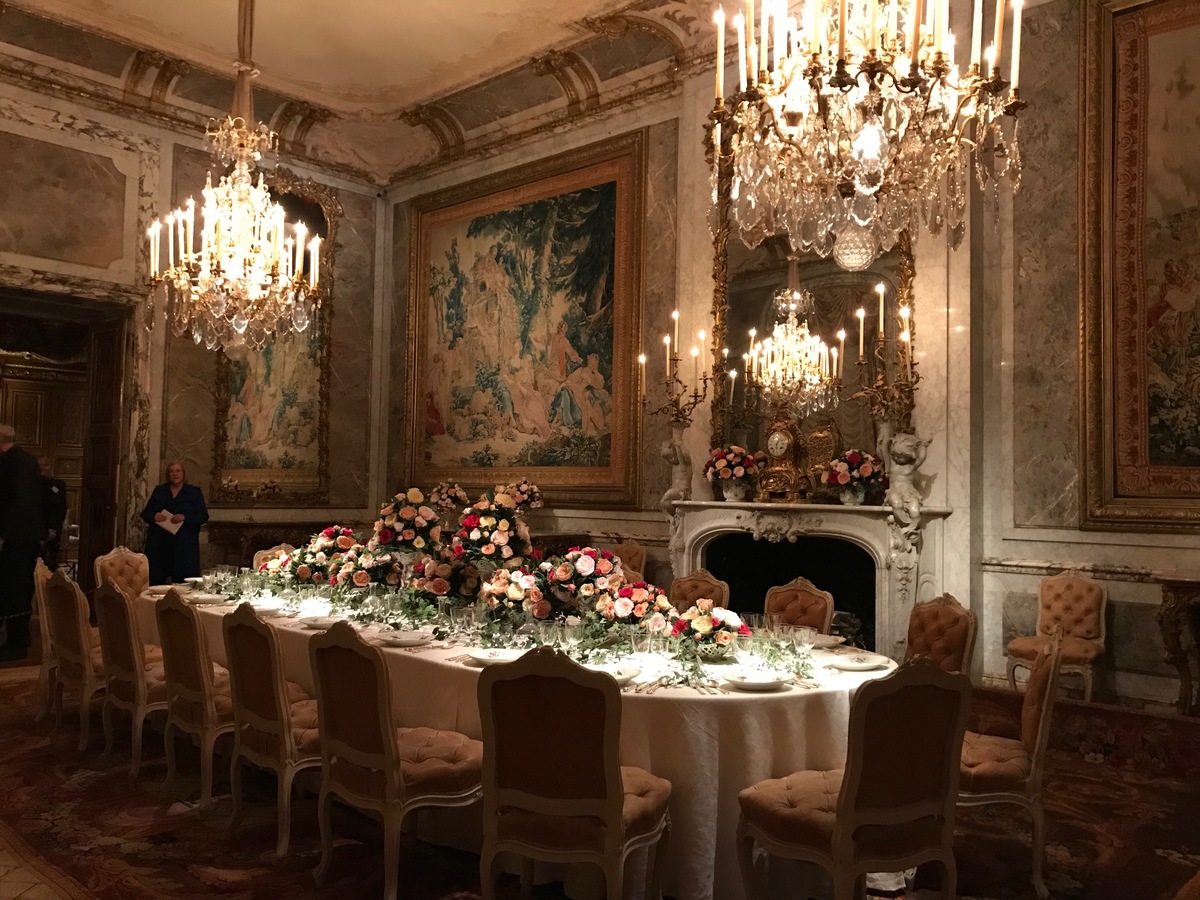 The Manor was built in the 1870s to house the Rothschild’s global collection.
A purpose-built Victorian manor of extreme opulence, with rooms specifically, sized, designed & decorated to hold specific items. Very eclectic, but everything of the highest possible standard and quality.
During the tour, two statues caught their eye and they pointed them out to the curators. From the photographs taken you will see why. 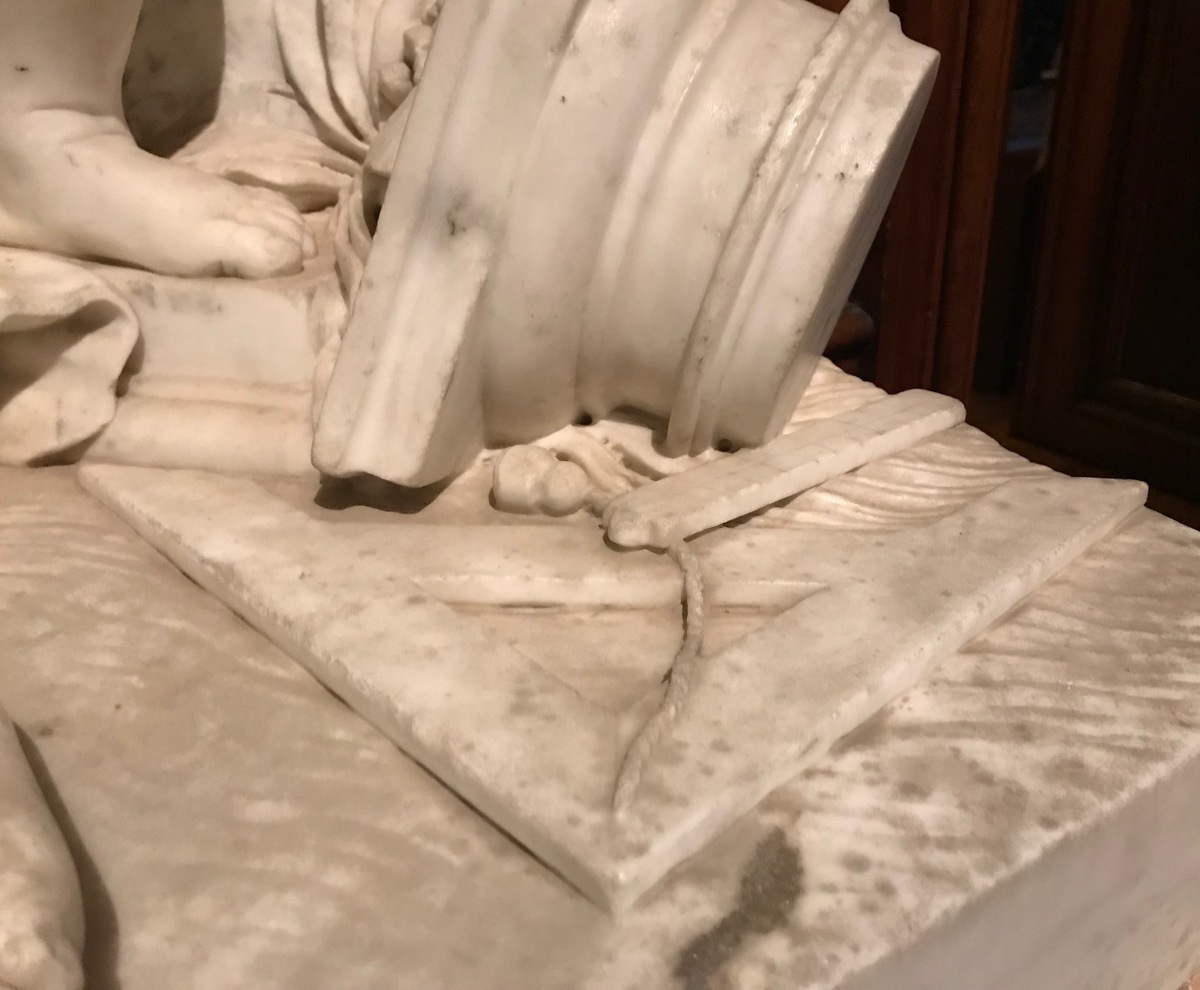 Once the tour had completed, they were led down to the world-renowned Rothschild Wine Cellars.
Mark Duncan Of Ferdinand de Rothschild 2420 lodge gave a lovely speech on what we as Freemason do, who we are and what our foundations mean and linking it all in with what Florence Nightingale Hospice does,
Jo Turner, the current CEO of the hospice gave a wonderful speech of thanks and explained the importance of Freemasons help both financially and volunteering wise also giving an overview of what the charity does, and is planning.
They were then treated to a very detailed wine tasting session with the estate wine sommelier explaining the provenance of the wines we were tasting and a history lesson on the Rothschild’s global vineyards and wine varieties. 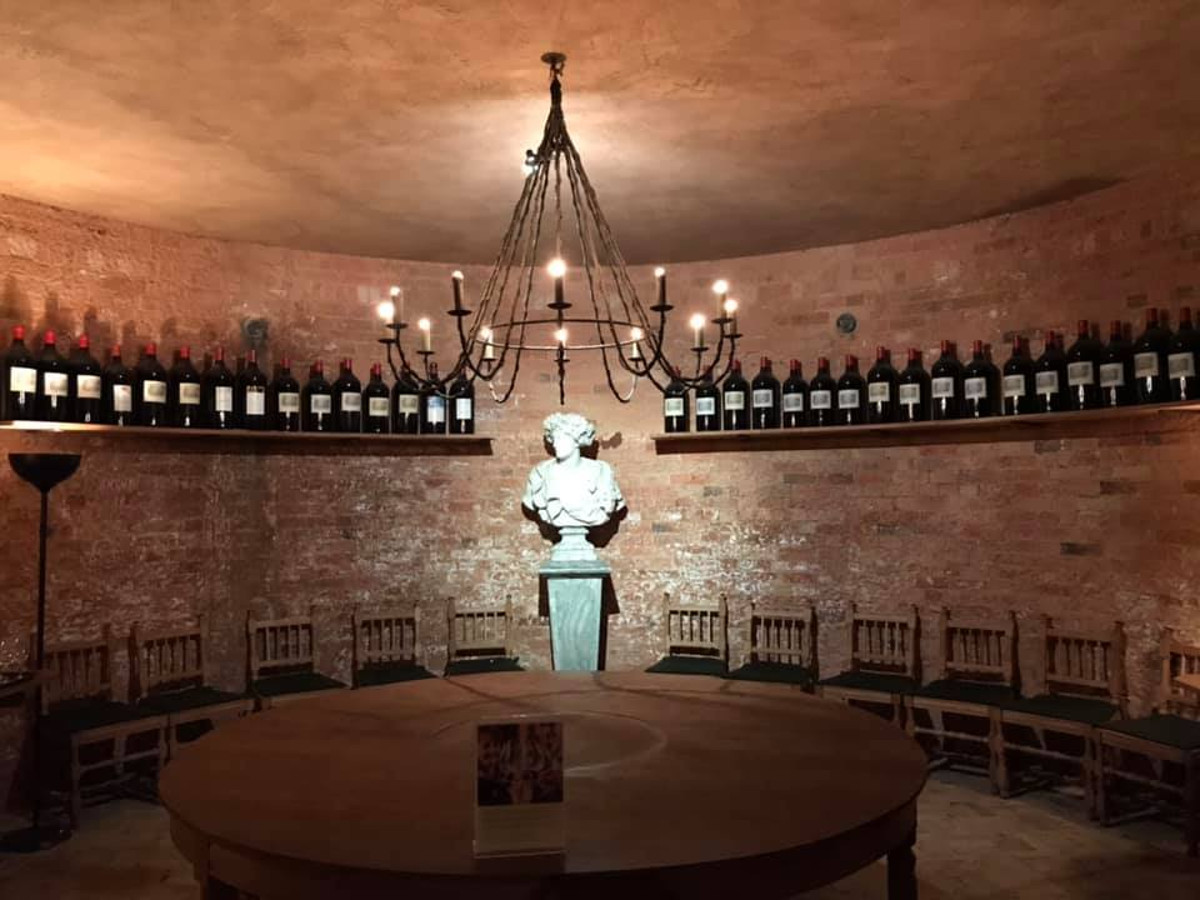 The evening was very personal and enjoyable, for which they were all very grateful for being invited to be part of, a truly memorable event.