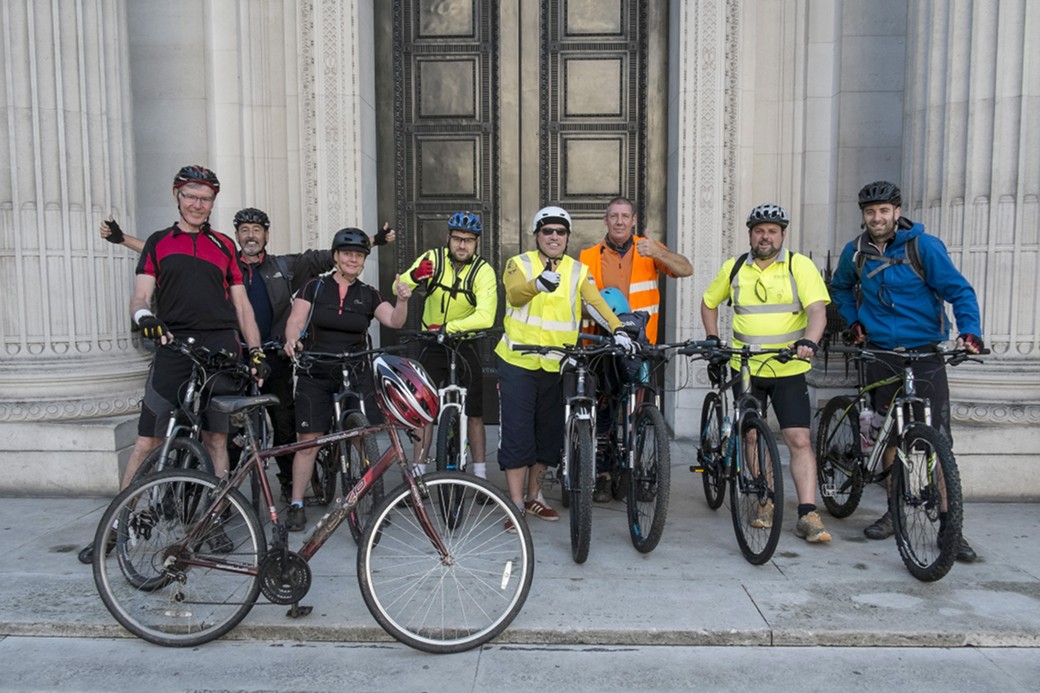 It started out as a few people having a short ride down the Grand Union Canal. Several weeks later, it had morphed into a full blown charity ride from Freemasons’ Hall on Great Queen Street in London, back to our home town of Winslow in Buckinghamshire. 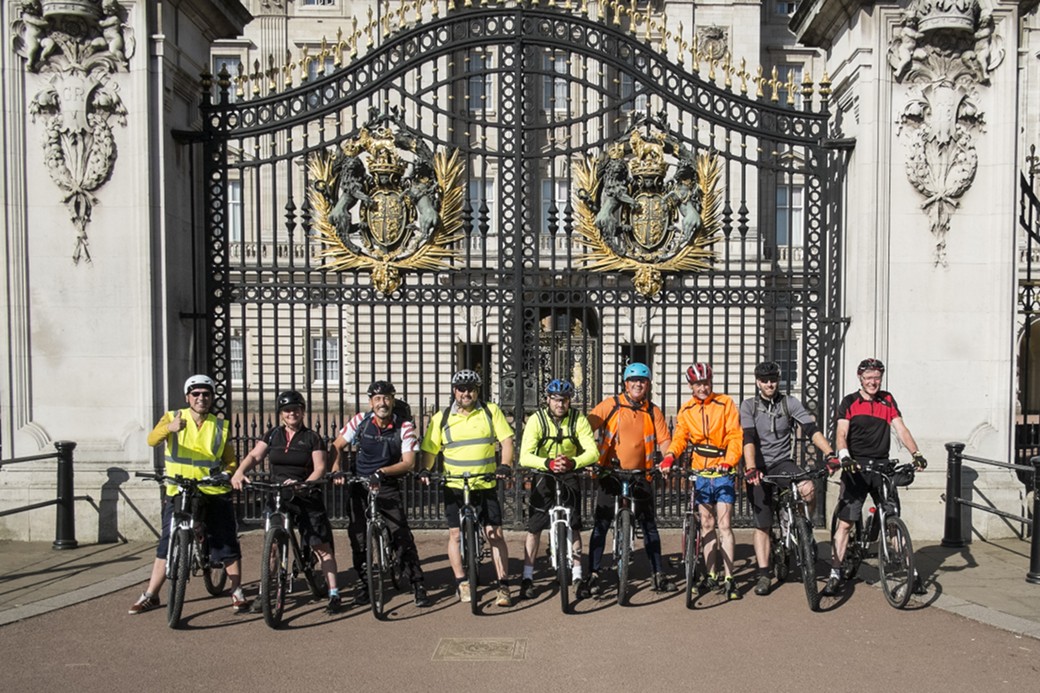 The leader and organiser, Paul French of Wineslai Lodge, 2435, described it as: “A chance to raise a bit of money and see some for the best bits of countryside between London and Bucks.”

We all, naturally, signed up to this - many of us blissfully unaware of the challenge ahead.

The actual day arrived more quickly than expected; one minute we were drinking beer in the Bell, in Winslow, discussing hi-vis jackets and the next moment we found ourselves on the first train from Bletchley into London. We rode the few miles from Euston Station to Great Queen Street and stopped briefly to adjust saddles, take pictures and prepare; one of our contingent gave some change to a homeless man sleeping on the steps of Freemasons’ Hall – this somehow set the tone for the day.

It was a beautiful ride along the towpaths but I must admit it was a difficult ride at times. We had two crashes, several minor mechanical malfunctions and the odd grumpy pedestrian on the canal towpaths. There were 75 miles of mixed terrain from smooth city streets, to ruddy mud trails via glass like cobbles, and obstacle strewn towpaths.

Throughout the day we kept reminding ourselves that we were not being sponsored for an easy ride. It was meant to push us to our limits and it did just that. For several riders this had been the furthest that they had ever ridden in one day. For some the challenge was to do the whole ride on a bike bought years ago for £75, and for others it was to help overcome a personal injury which, of course, flared up part-way through the ride! We each brought a personal challenge to the day and it made for a very special occasion.

As we arrived back into Winslow we were acutely aware of the challenge having being completed and the sense of relief and joy was palpable. Our friends, families and fellow brethren were there to greet us with cold beer and hot food. In fact, their support really helped us out on the more challenging parts of the ride – through social media we kept in touch and were appreciative of the messages of goodwill. We set a sponsorship target of £1000 and currently the pot sits at £1505.

Thank you to everyone that contributed to this event. All proceeds will be going to the Bucks Masonic Centenary Fund. You can still donate via: https://crowdfunding.justgiving.com/Lock-Riders

Now the ride is complete and the aches and pains have subsided we have all reflected on the event. Training is really important – you simply have to be match fit and be ready to do a good day in the saddle. Teamwork is key to a successful ride – leave no man behind and let the median average riding ability of the group dictate the pace. Remaining positive and having fun is essential on the more physical parts of the ride. Riding with such a great group of people really kept our spirits high. This charity ride has reminded us of the fraternal virtues that we all aspire to; friendship, integrity and charity.

We have decided to keep the group going and our next ride will probably be Birmingham Cadbury's World to Cosgrove - aptly named the Choc-Ride.

We are looking for more casual riders to join us - interested?

Contact at:  This email address is being protected from spambots. You need JavaScript enabled to view it. 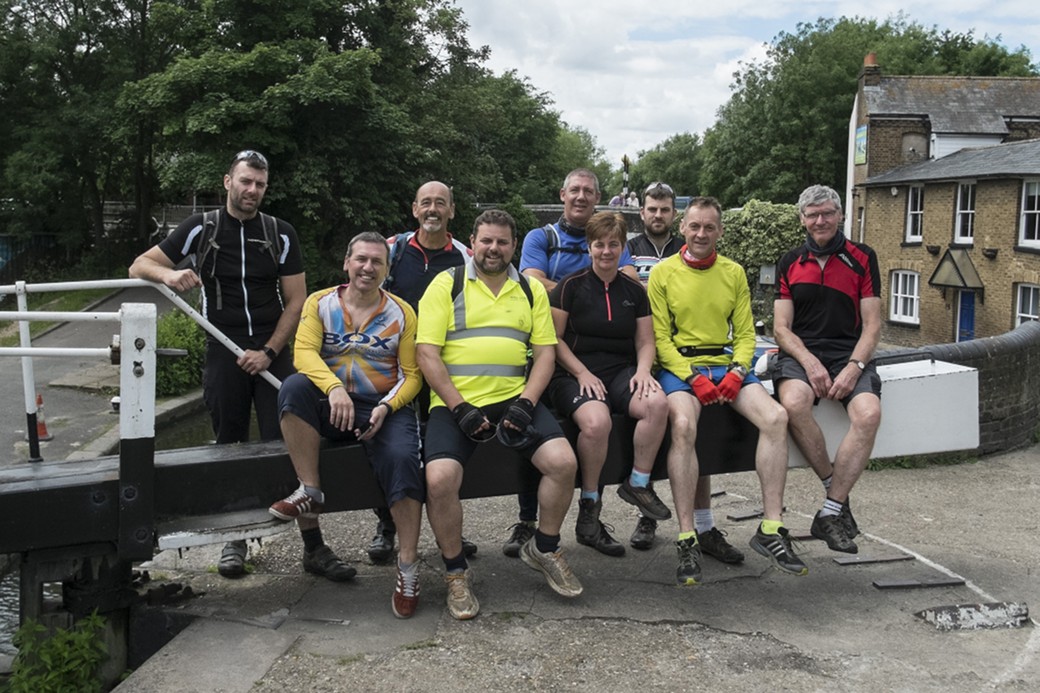