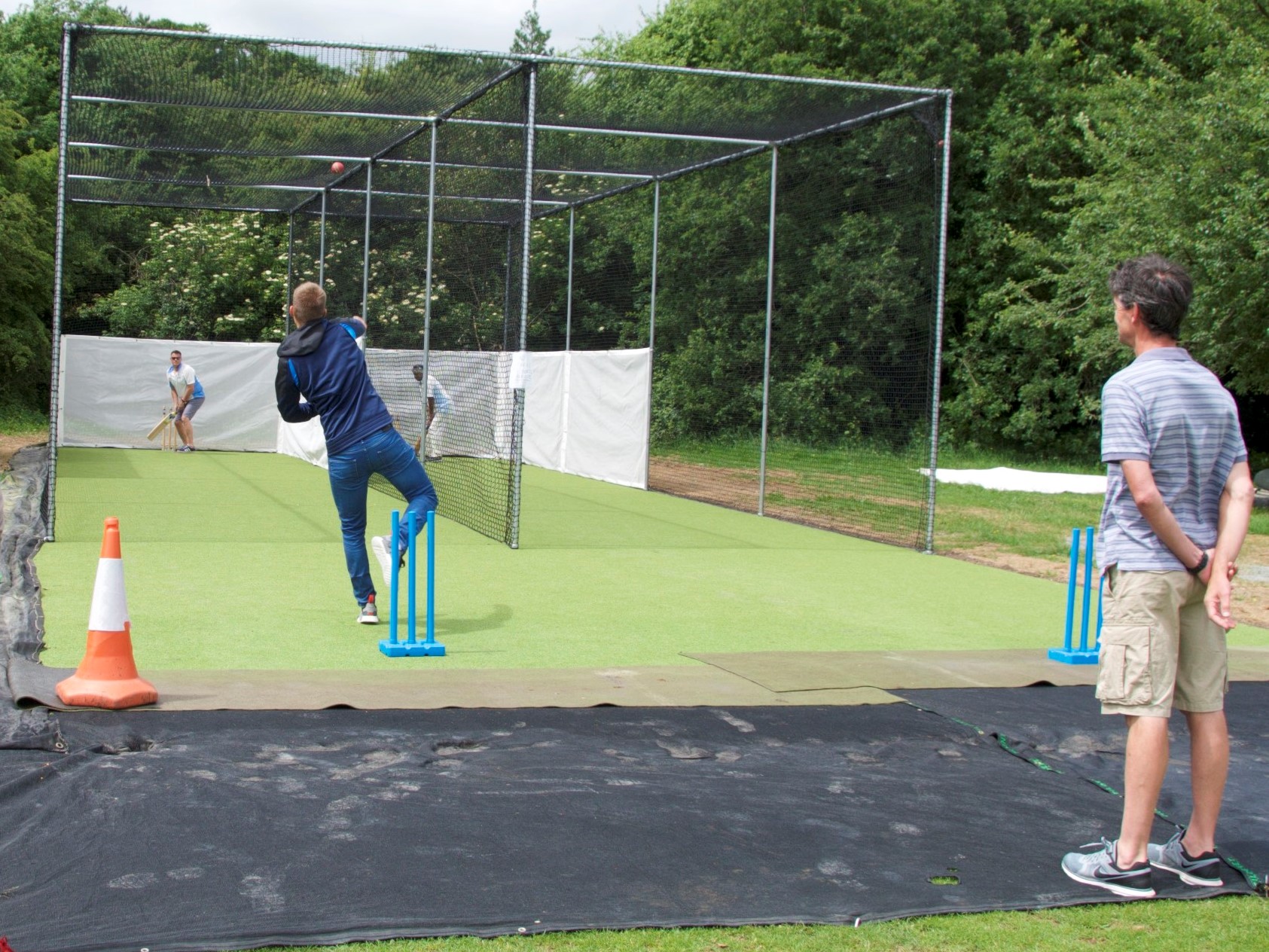 It was a sweltering hot Sunday afternoon in mid-Bucks, but that did not dampen the spirits or diminish the enthusiasm of the junior teams of Hawridge & Cholesbury and Ballinger Cricket Clubs.

Both teams of under 9's gave their all to entertain the large crowd relaxing on the boundary, and cheering on their respective sides. Stirring performances by the local choir and a live band added to the atmosphere.

The two volunteers behind the bar were rushed off their feet providing a torrent of ice-cold lemonade, Coca-Cola and other refreshing drinks. The food from the barbecue looked, smelt and tasted lovely. However, it was the queue for ice cream that was most noticeable; sadly, due to the heat of the day, the ice cream machine was struggling to cool down fast enough to supply the bucket loads of cornets, lollies and tubs needed to satisfy the many children, and adults, who were there.

The whole day was full of wonderful sights, sounds and smells which made for a fun packed time on the common at the Hawridge & Cholesbury Village Picnic.

As the afternoon drew to a close it was time for the official opening ceremony of the new two lane practice nets which now take pride of place at the top end of the common. The nets were made possible by a lot of fundraising by the local community and a grant of £5,000 administered by Heart of Bucks on behalf of Buckinghamshire Freemasons.

Brian Ralphs, Chairman of Hawridge & Cholesbury Cricket Club said: "In the short time since the new nets have been in place, there is a new sense of enthusiasm apparent in all of our players. Members, young and old, are really enjoying the new facility, which gives a good approximation of what they may experience in the 'middle'. Long overdue!"

Peter Costello, Chief Executive of the Heart of Bucks Foundation added: "We are delighted to be working in partnership with Bucks' Masons in assisting them with their commitment to serve local organisations throughout the county. We are able to give many grants such as this one, each year, to local communities and charities, within Buckinghamshire, thanks to the generosity of our local Freemasons."

Andrew Hough, Secretary of the Buckinghamshire Freemasons' Fund also added: "It was our pleasure to help the village of Hawridge & Cholesbury with this grant."

Pictures show the nets in use.