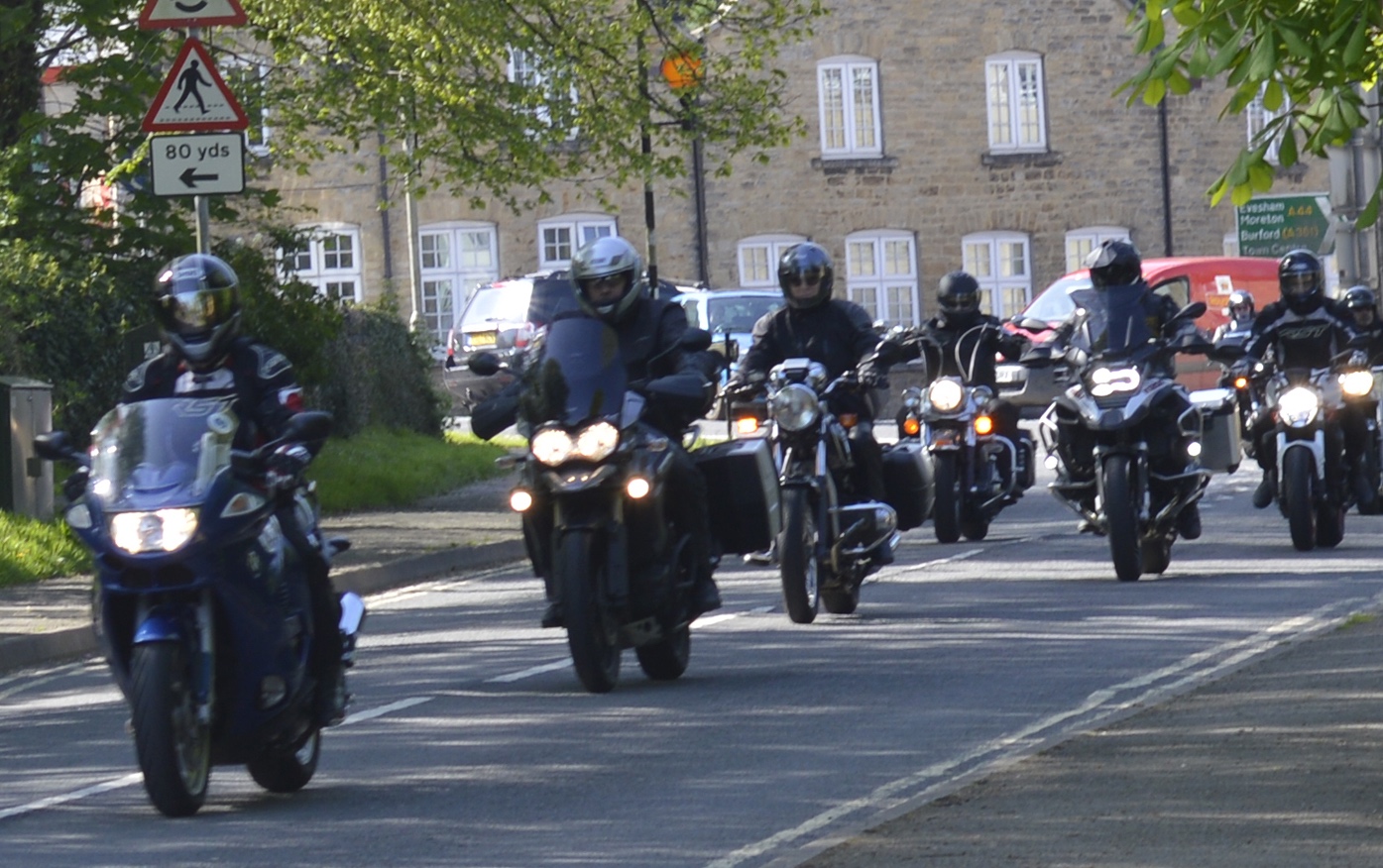 It was a fantastic day with the boys on their ‘hogs’!

One of the key features of the Bucks Motor Cycle Lodge is to arrange ride-outs as well as holding meetings. Since the conception and consecration there have been a number of ride-outs but this was the first working one, a second for the passing of Graham Clements from sister lodge, the Bucks Classic Car Lodge.

The meeting was held at Chipping Norton in Oxfordshire with participation from brethren of other motor cycle lodges plus the Classic Car Lodge. Thanks must go to Herbie Wasser for his splendid organisation.

The Provincial Director of Ceremonies, Gary Brodie, was there to receive the riders, closely followed by the IPM, the PGM John Clark.

Visitors came from Wales, Suffolk, Berkshire, Wiltshire, Bedfordshire, Kent and Oxfordshire. The Buckinghamshire boys started from Beaconsfield on a well-planned route with others joining along the way to support the candidate.

The locals were amazed at the gathering of bikes, asking questions about freemasonry, the connection with bikers and so on as they did not know what was going on.

Brethren and officers processed into the lovely temple in their bike gear: leathers, waistcoats and patches, white collars and ties, adorned with aprons, gloves and gauntlets for the WM and Wardens. The Secretary of the lodge was the newest Acting Grand Lodge Officer, Matthew Eaton, occupying the Junior Warden chair.

The Festive board was enjoyed by all and concluded with the riders wishing each other a safe journey home. 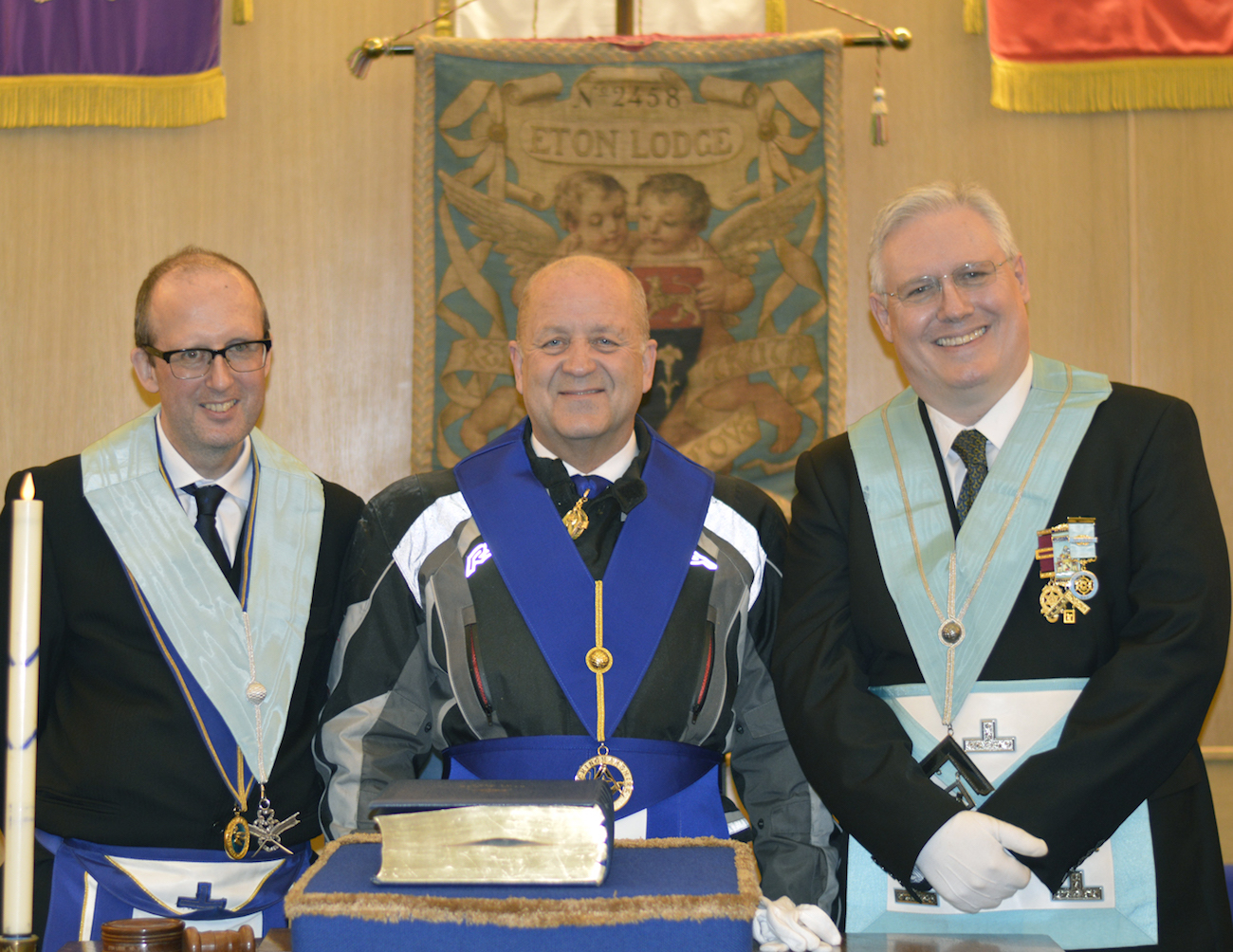 This was the first part of a two part day, the second being for as many of the Bucks and visiting riders as possible to dash back to Beaconsfield where a meeting was being held by Eton Lodge. The PGM had a surprise for two of the brethren, the delivery of field promotions.

The PGM talked about the strength and growth of Eton Lodge, with the main focus and coordination down to one person in particular, Kevin Ambrose, who was appointed Past Provincial Junior Grand Warden.

The PGM then presented a second award to Tim Arnold, not only for his work in the growth of Eton Lodge but primarily for his media and journalistic services to the Province. Tim was appointed Past Provincial Senior Grand Deacon.

A fitting end to a great day.