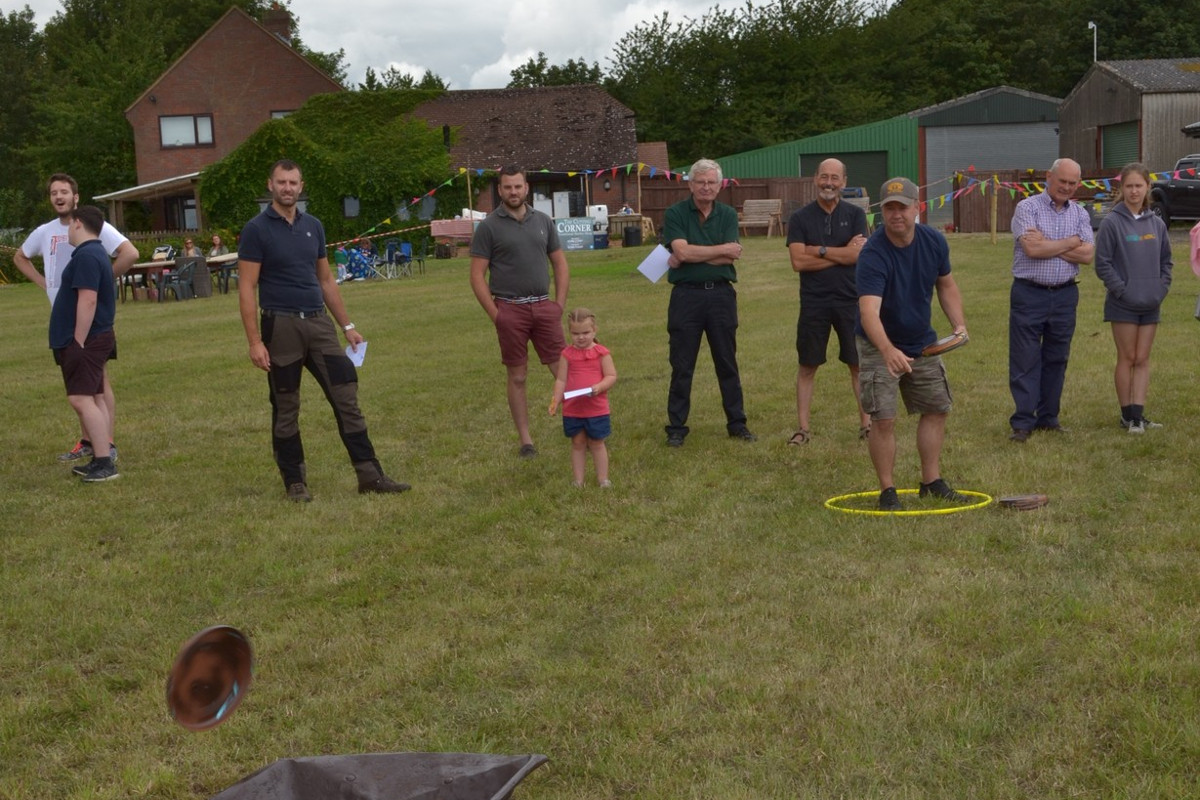 Cut out to be Olympic Winners!

The money was raised by holding a ‘Countryside Olympics’ at Manor Farm in Whitchurch. Among the day’s activities were clay pigeon shooting, a rifle range, axe throwing, welly wanging, cowpat throwing and splat the rat. Fifty eight people from local lodges and centres made up teams of four to attempt the many challenges cheered on by a host of spectators.
The first and second places went to teams from The Cutting Corner Bletchley and Winslow respectively. Best individual scores were Mark Gavrovski, Karl Wilkinson, Paul Clark and Richard Fawcus.
The day was rounded off with a barbeque and a little country music from Van Hereford while the results were tallied and announced. The weary ‘athletes’ wended their way home confident that the event had been a resounding success.