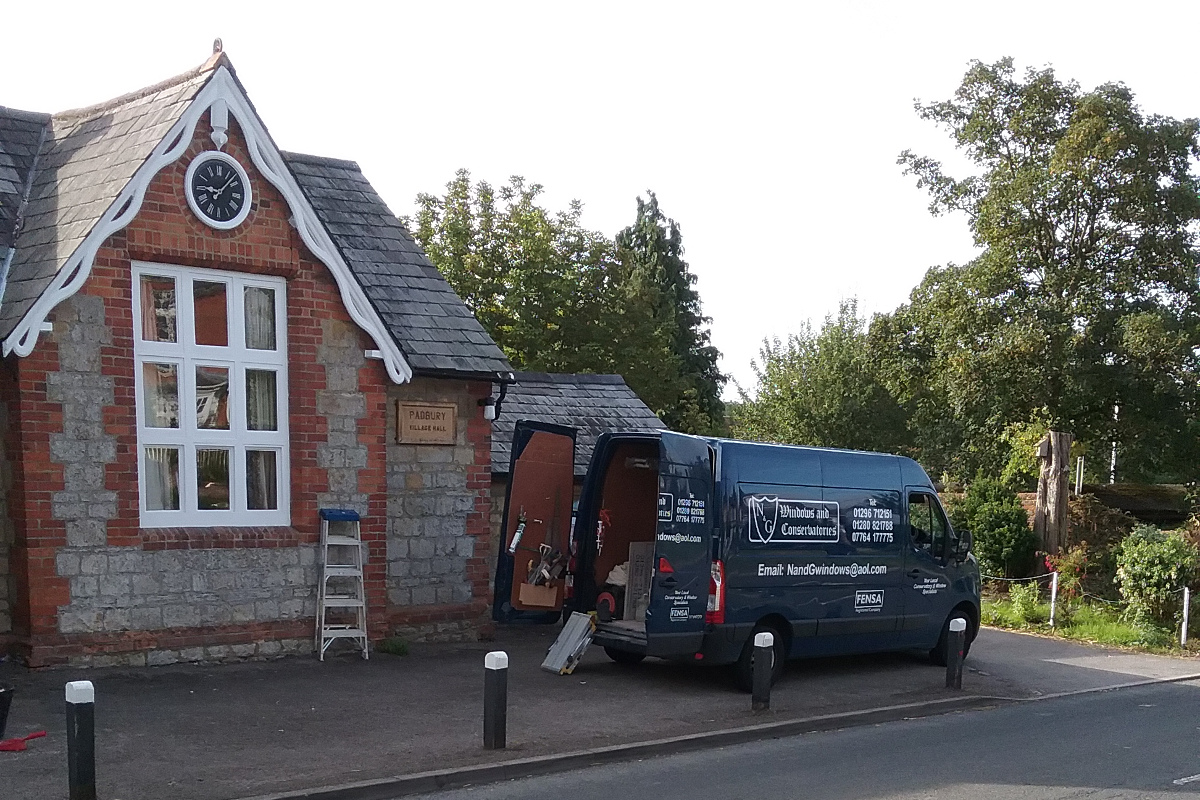 Silence is golden in Padbury

Padbury Village Hall recently received a grant of £3480 from the BMCF (Bucks Masonic Centenary Fund) which enabled the installation of new secondary double glazing to the Victorian building.

Mike Long, a Bucks Mason, proposed the grant as the hall is on a road which is experiencing much-increased traffic and noise due to new housing developments nearby. In addition, the windows were large and draughty, and with this being a listed building it would be difficult and very costly to replace them entirely. The hall is much used by community groups of all ages for a variety of purposes ranging from art and dancing classes, social clubs for the elderly as well as weddings and funerals.
In thanking the BMCF the Hall’s Committee pointed out the threefold advantages of the secondary glazing in that the hall would be quieter, warmer and heating costs would be reduced. These benefits would be experienced by all Hall users who they were sure will also be most appreciative.