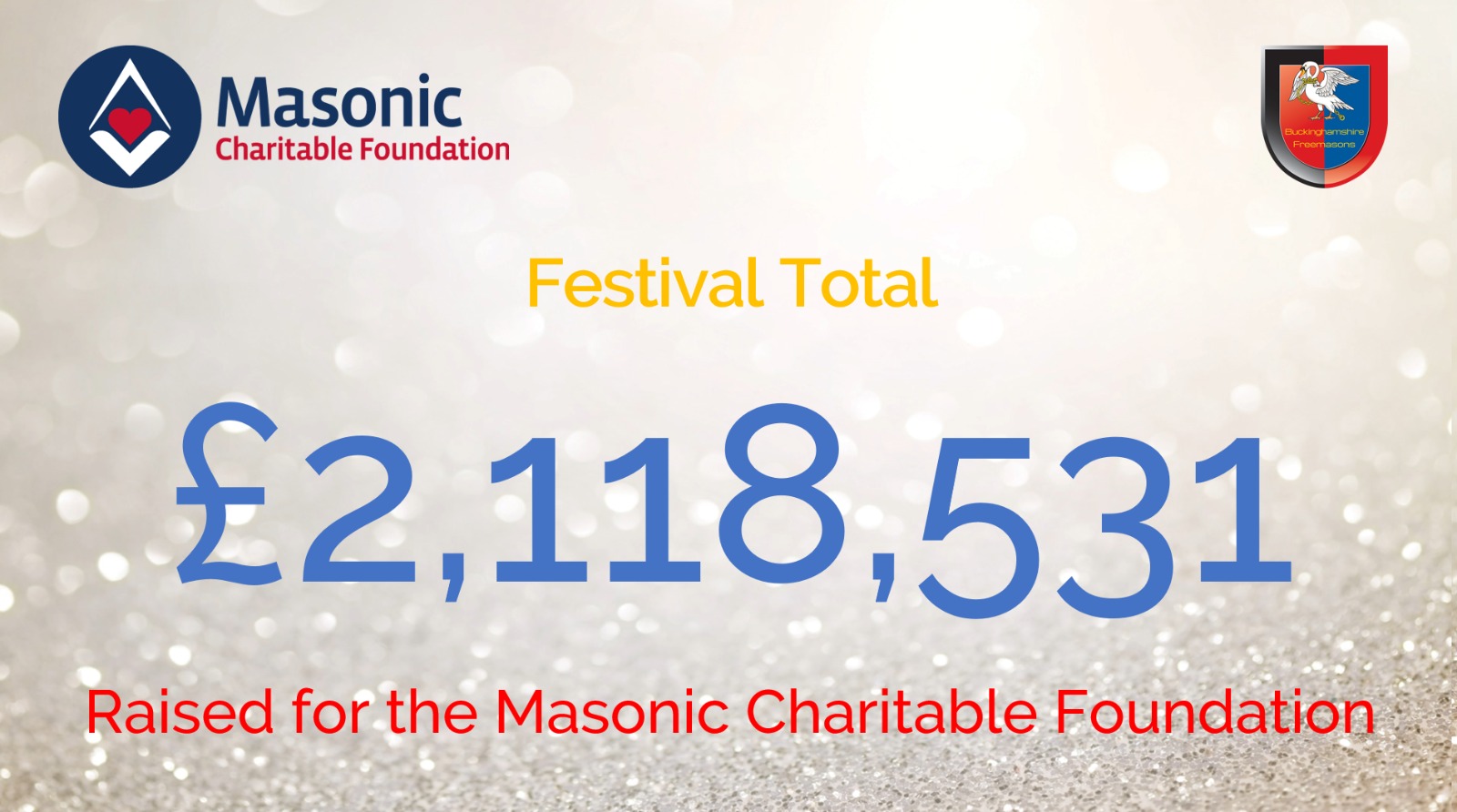 Freemasons in Buckinghamshire raise £2,118,531 for local and national charities

On Friday 5th August, Les Hutchinson, CEO of the Masonic Charitable Foundation, announced the receipt of a charitable donation of £2,118,531 from John Clark, the head of Freemasonry in Buckinghamshire.

The sum of money was collected by over 3,000 Freemasons in Buckinghamshire over a period of 6 years. To raise the money, many community events were planned and delivered including sponsored sky dives and Kayakathon’s, Bollywood nights and summer fetes, cream teas and Elvis tribute nights, mountaineering and abseiling, swimming marathons and sponsored walks, perambulations around lodge rooms and cycling between every masonic centre in the province. 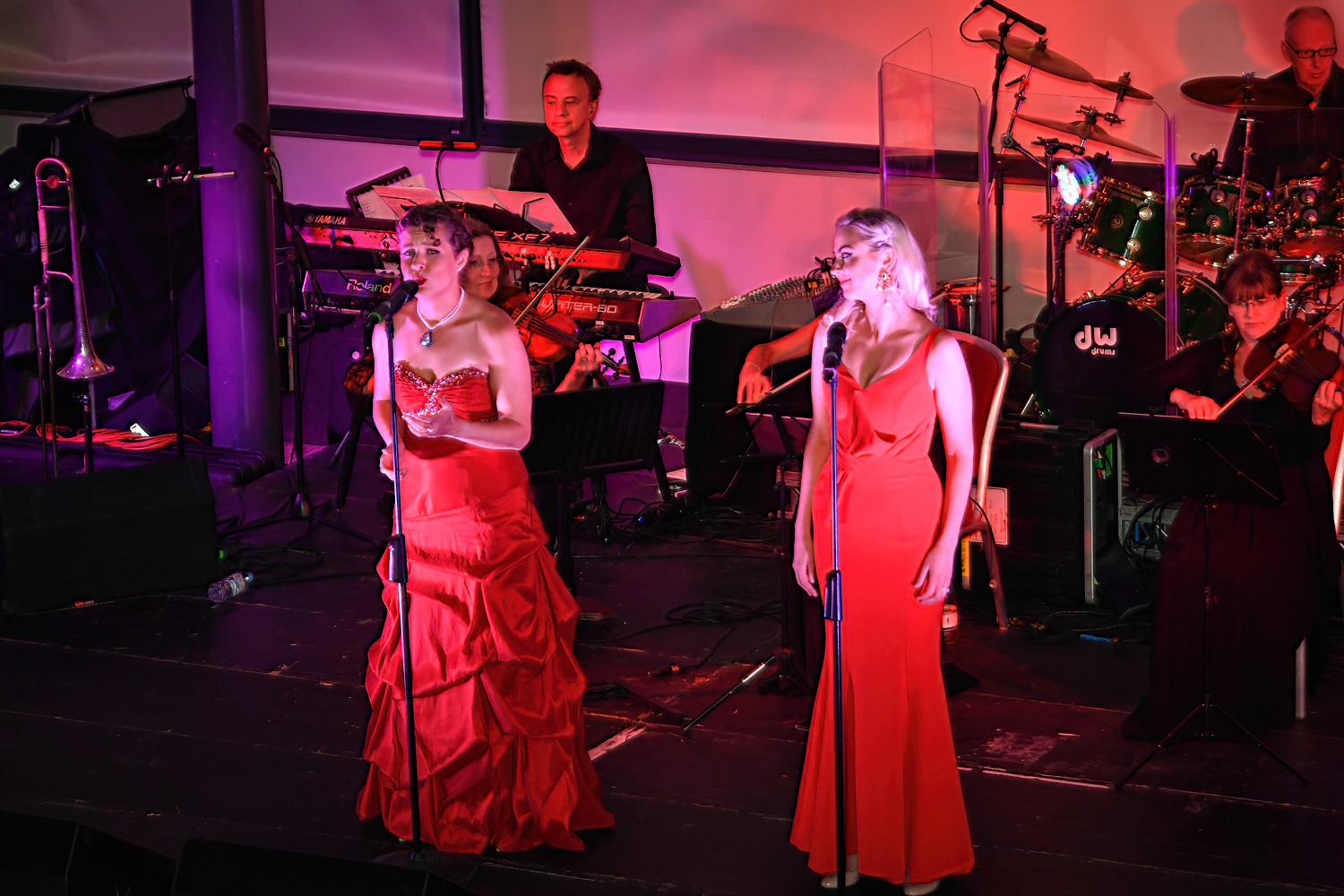 Mark Duncan, the incoming Charity Steward for the Buckinghamshire Freemasons, was delighted with the incredible take up from the members of lodges on the massive list of ideas for fund raising events. Mark said: ”There is no I in Team, we should all be very proud of the amazing figure we achieved for the MCF, as we did this together.”

To raise money for the MCF, Freemasons in England and Wales organise fundraising appeals known as festivals. A festival appeal usually lasts for five years. Festival appeals are a vital source of funding and generate the majority of donations made to the MCF. The MCF are extremely grateful for the hard work and generosity of Freemasons who support their festival appeals. 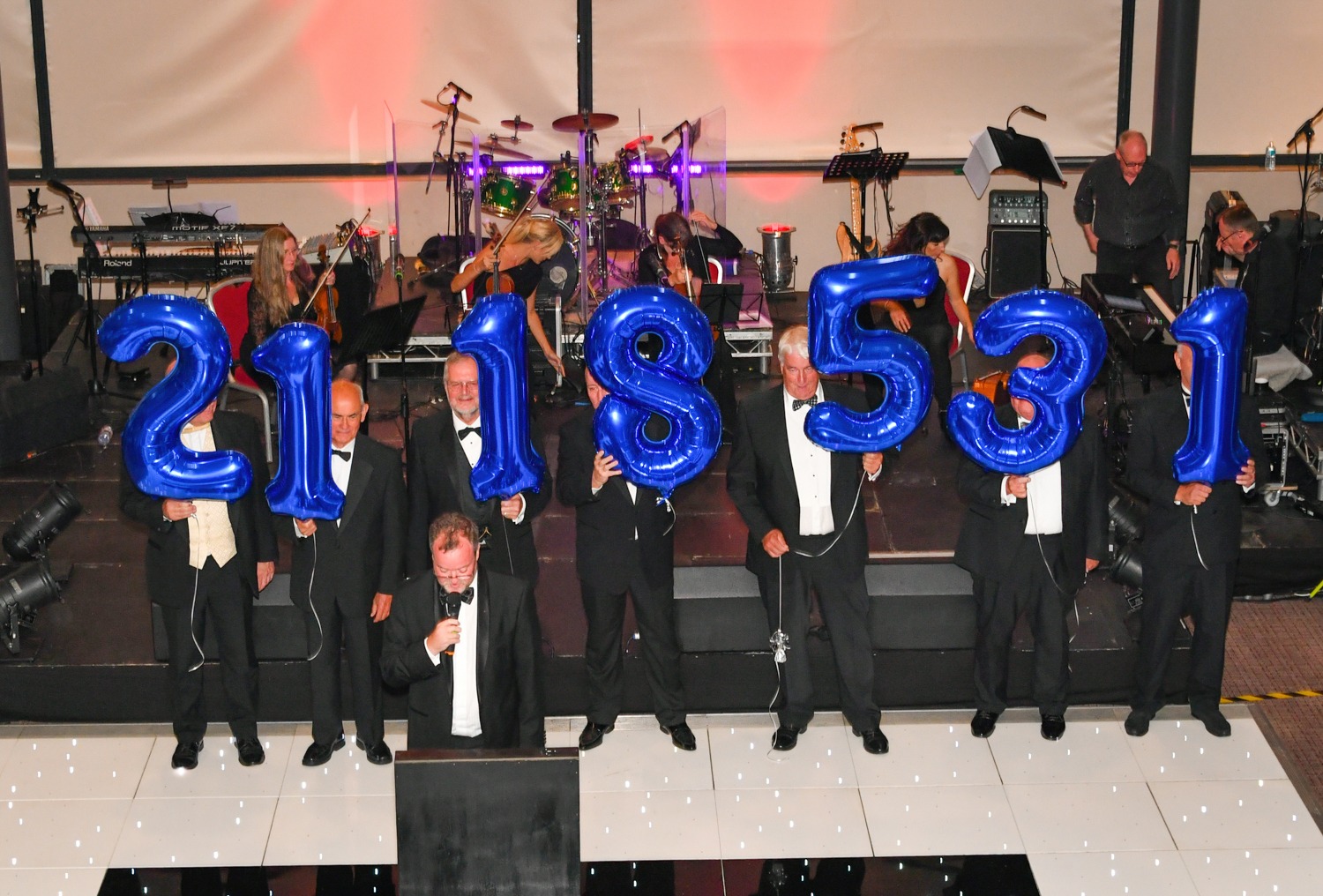 Les Hutchinson, Chief Executive of the Masonic Charitable Foundation, said: “We’re very grateful to Buckinghamshire Freemasons for all their hard work during their hugely successful Festival. Their amazing total of more than £2.1 million, which is well above their target, will help fund essential grants to people in need in Buckinghamshire and across England and Wales.”

The culmination of this fundraising period was a Festival Finale dinner at the MK Dons Stadium in Milton Keynes. Freemasons and their families joined together for a celebratory evening of entertainment by recently made brother Ray Lewis, of the Drifters followed by the reveal of the grand total. 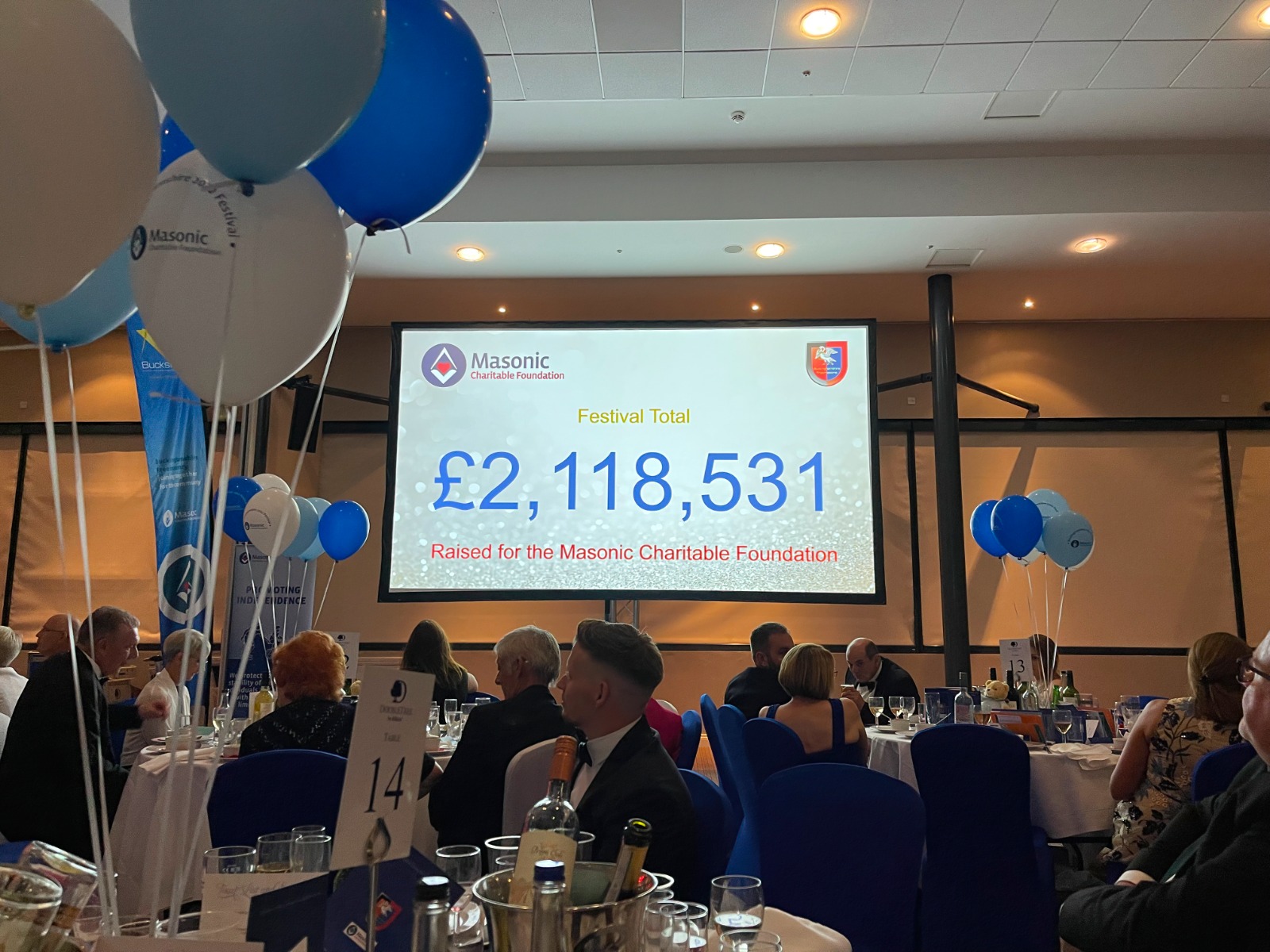 Bill Smithson, in his capacity as event coordinator for the Festival Finale dinner was ably supported by a team of Freemasons. Bill said: “The best gift I can give is to make someone smile, so when you see 350 people at The Finale Dinner smiling, then you know you got where you wanted to be..”

As guests waited to see if the target of £2m had been achieved, Les Hutchinson announced the figure as the big screen on the stage revealed the final amount raised to be a fantastic £2,118,531. This announcement was accompanied by streamers, balloons and music.

John Clark, the head of Freemasonry in Buckinghamshire said: ”I have never doubted that the drive and determination of our members would deliver such an outstanding result but what is amazing is that we are now literally deluged with applications from people wanting to join this amazing organisation and get involved. The team led by Mike Clanfield, Provincial Charity Steward, have done a great job in delivering this result and Bill Smithson and his team gave us one of the best nights out we have ever had". 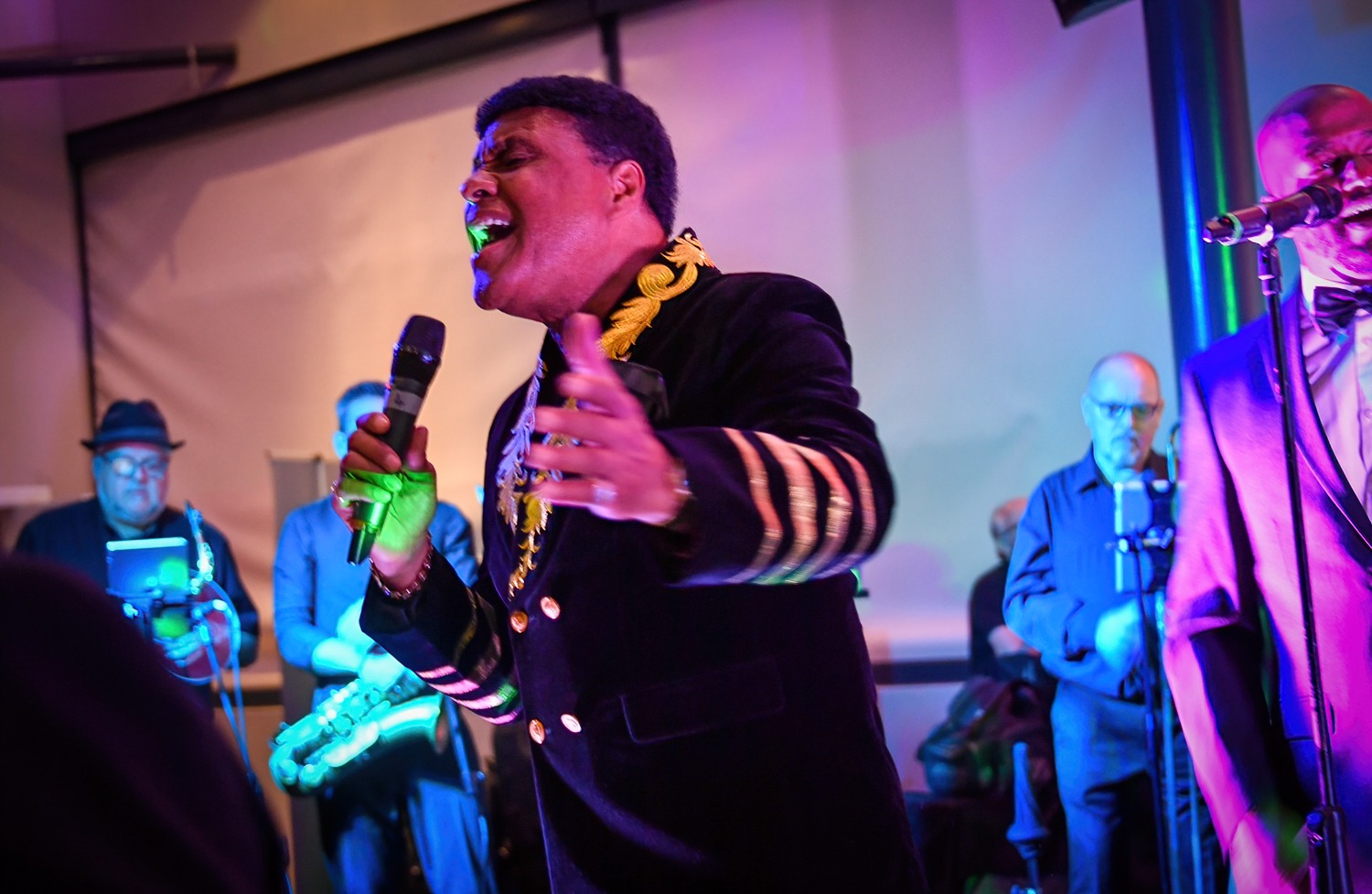