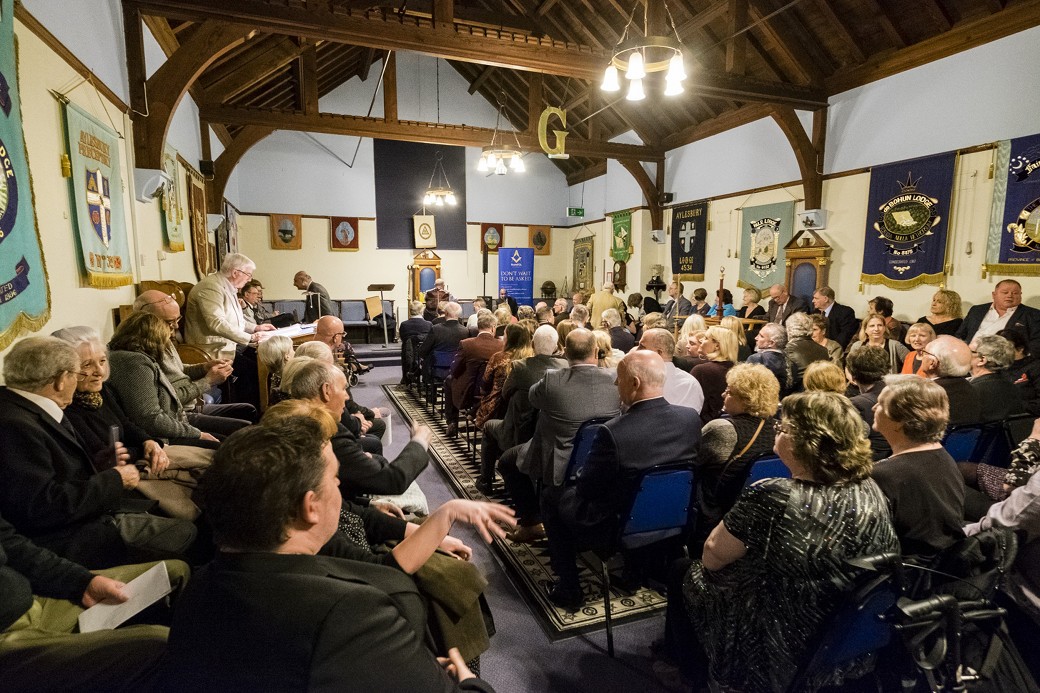 The most striking feature of the recent cheque presentation evening was the broad range of Charities represented, all of course, championed and supported by Buckinghamshire Freemasons.

The assembled representatives of the many supported charities enjoyed a buffet and the chance to network with other charities, as well as meeting Masons from all over Buckinghamshire.

The evening was compared by Assistant Provincial Grand Master Graham Dearing ably assisted by Mike Clanfield (Provincial Grand Charity Steward). In a packed programme, charities, both local and worldwide, described their work and explained how the funds they had received would enable its continuation and extension.

Among the recipients in the world of medicine was The Cancer and Haematology Fund based at Stoke Mandeville Hospital. Receiving the cheque for £25,000 on their behalf was June Wilson OBE and Dr Helen Eagleton. Although long retired, June was the first Clinical Nurse Manager in this field and received her honours in respect of her work and tireless fundraising.

Dr Darayus Motivala from the Chiltern M.S Centre, based in Wendover, told the audience about how the recently built centre offers over 300 treatments a week. These treatments, which have limited or no availability on the NHS can be invaluable for MS sufferers and include hydrotherapy, reiki and yoga. Paul Crockett from the MCF presented a cheque for £30,000.

Based in St Albans, Crohn's and Colitis UK received a cheque for £2,500 from John Waller (St Giles Lodge). This will enable the charity to continue research into these conditions as well as assisting with its grants programme for sufferers. Rachel Covey from the charity informed the audience that they receive no government funding yet these conditions affect one in two hundred of the population.

In the wider world, a cheque for £2,500 was presented to Bede Griffiths Charity Trust. This is a charity which started in 2003 and helps both young, old and those in between in India. The money will help support a school for 300 primary students, a home for the elderly, and the continuance of courses to retrain women enabling them to enter the workplace. The representative pointed out how far the amount of money would go in India and what it could achieve.

Fourteen-year-old Bethany Cook was the delighted recipient of a cheque for £1,000 to assist with her fundraising which will enable her to travel to a Guiding Centre in India in 2019 where she and a party of ten guides will work on a variety of projects. The girls have been fundraising over recent months by holding bake and crafting sales and are now much nearer to their target.

The evening was brought to a close by John Clark (Provincial Grand Master) who had previously received contributions for the MCF from many lodges in the Province. He explained the work of the MCF and thanked all those who had organised and supported a very worthwhile evening. The total amount presented was £160,834 which exceeds any previous amount presented on this evening.