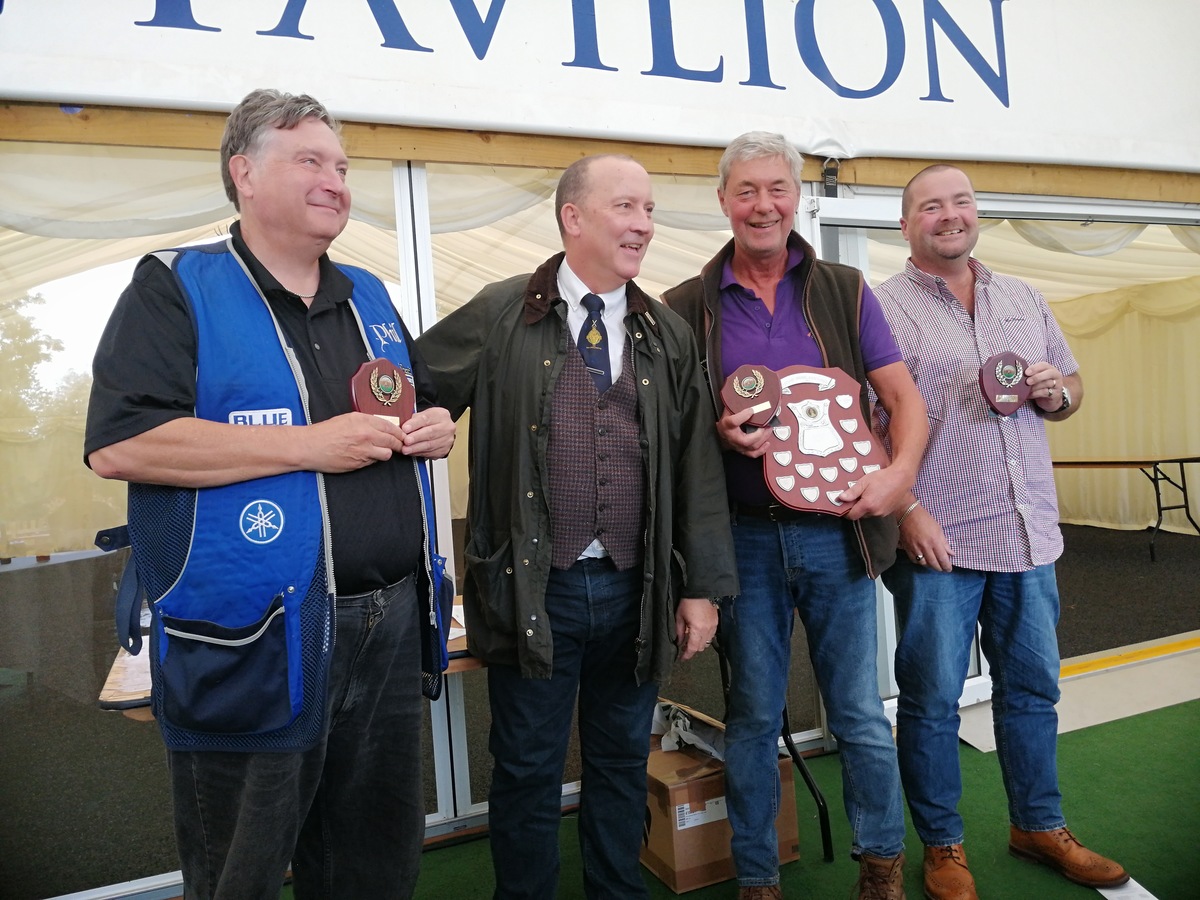 The wind was strong and gusting which meant the score's where lower than expected, however, we are sure all who attended enjoyed the day and had fun.
80 shooters from 11 provinces attended the shoot with one or two none shooters who came along just to watch, this included Bucks APGM Gary Brodie who presented the trophies at the end of the event.
Although it was very close Bucks (219) came out on top by one clay beating Middlesex (218) into second place.
We are pleased to report Bucks became the Home Counties Champions for 2019.
The shoot and raffle together raised £1400.00 for the Bucks 2021 Festival.
To mark this a Festival Trophy was presented to Phil Goddard for being the top scoring Bucks Shooter on the day.

Although there were 15 Bucks Mason's taking part the three highest score only counted, so Dave Hollis (Cap), Phil Goddard and Phil McDonald made up the Bucks winning team with a score of 219.