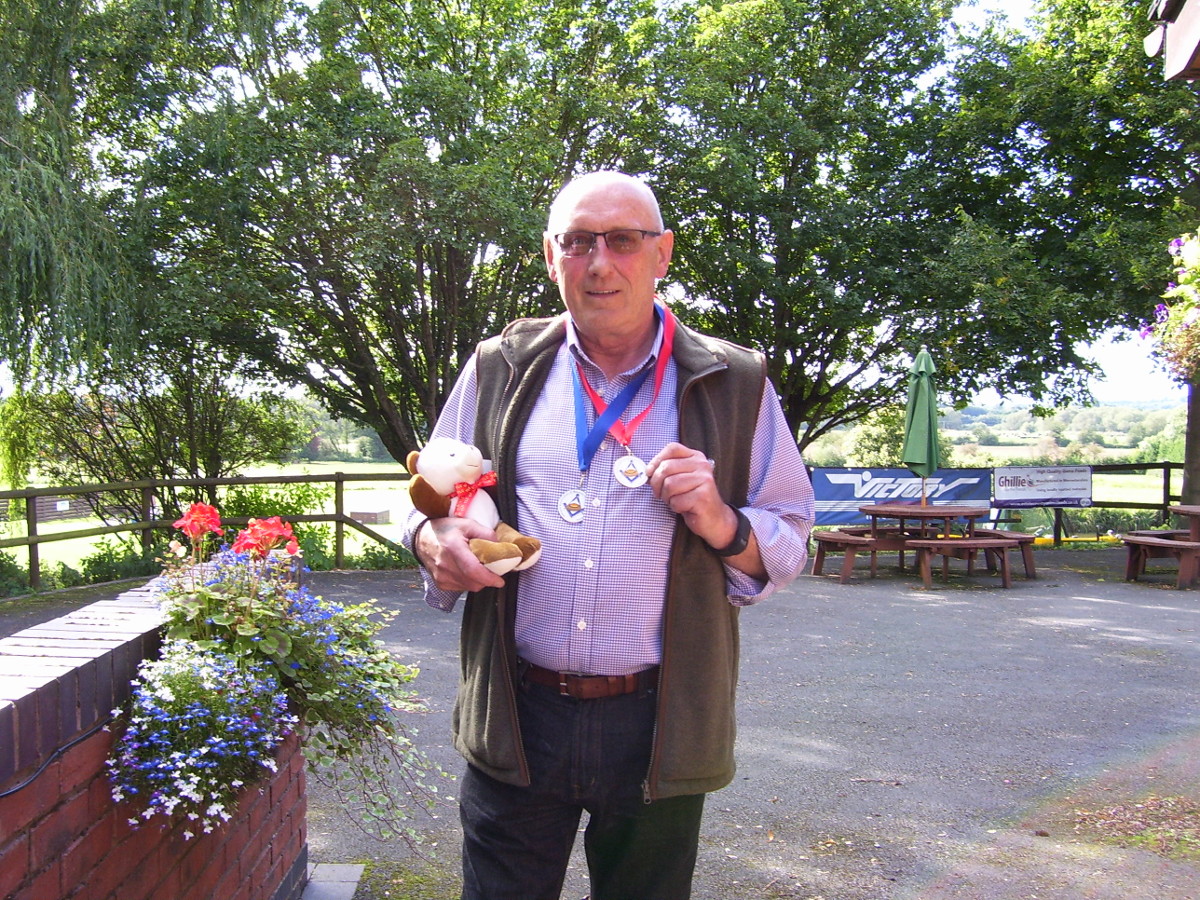 A small team of Buckinghamshire clay shooters from B.M.C.P.S.A. headed for Doveridge Clay Shooting Ground in Derbyshire on Saturday the 7th September 2019.

They took part in the First International Masonic Clay Pigeon shooting championships.
Team’s not only from the UK but from further afield took part we, also welcomed a team from India.
120 shooters, shot over a 100 bird English sporting course, which everyone thoroughly enjoyed.
The shoot was followed by a meal and a trophy presentation.
The highest score of the day went to Dan Bishop from Hampshire & Isle of White with a score of 95.
Three other shooters from England all shot in the ‘90s, one of which was our very own Lou Amey (Fenny Stratford No.8985) with a score of 91, that made us the winning team taking the First International Masonic Clay Pigeon Shooting Championship.
Lou also came second in the veteran class, well done Lou, what a good day.
All the trophy winners were presented with a teddy bear, due to Lou’s involvement with TLC (Teddies for Loving Care).
Although all Mason’s that shot on the day were shooting for their country it was only the four highest scores from each country that counted as the team score.

The photo shows Lou Amey with his Winners medal, and veteran’s runners up medal plus the teddy bear that every trophy winner was presented with.