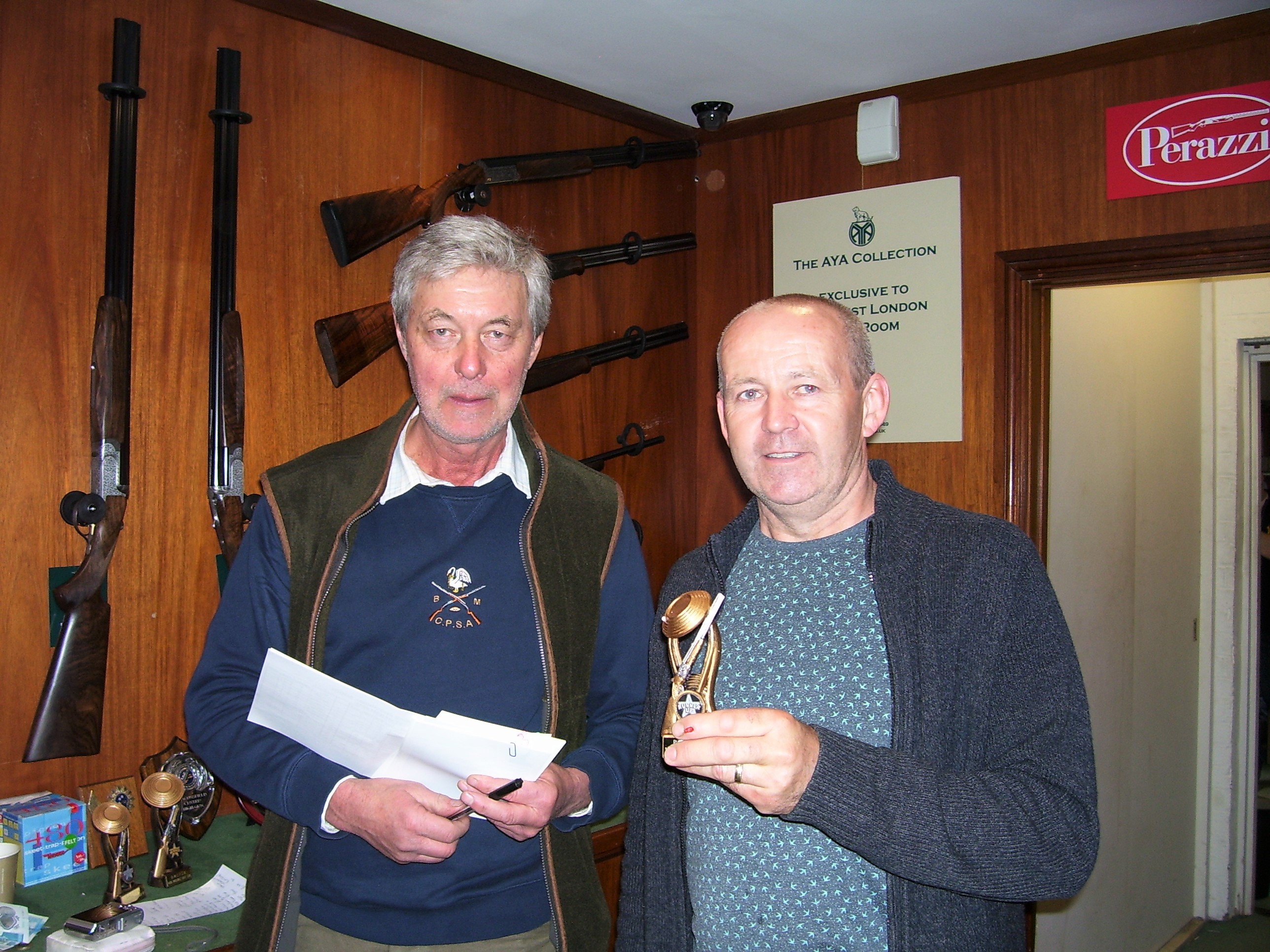 The Bucks Masonic Clay Pigeon Shooting Association (BMCPSA) had its first shoot of the year on 31st March at West London Shooting School, raising more than £600 for charity.

The day was damp and overcast but that did not stop the 30 plus shooters enjoying a well set out course with some very tricky targets, which resulted in scores from 35 to 85 out of 100 being posted.

With teams from Oxford, Middlesex and the Metropolitan shooting sections joining Buckinghamshire's shooters, the standard of competition was high.

Roger Gills informed all present that the 2017 National would be held at the West London Shooting School on 17th June 2017. All Buckinghamshire Masons are welcome to take part and for more information interested parties should contact him.

Brian Saidman (the chairman of NAMCSS) also informed the group that there would be a UGLE shoot for the Jonathan Spence Challenge Cup on 16th September 2017 at Eriswell Lodge S.G. Suffolk. More information can again be obtained from Roger Gills.