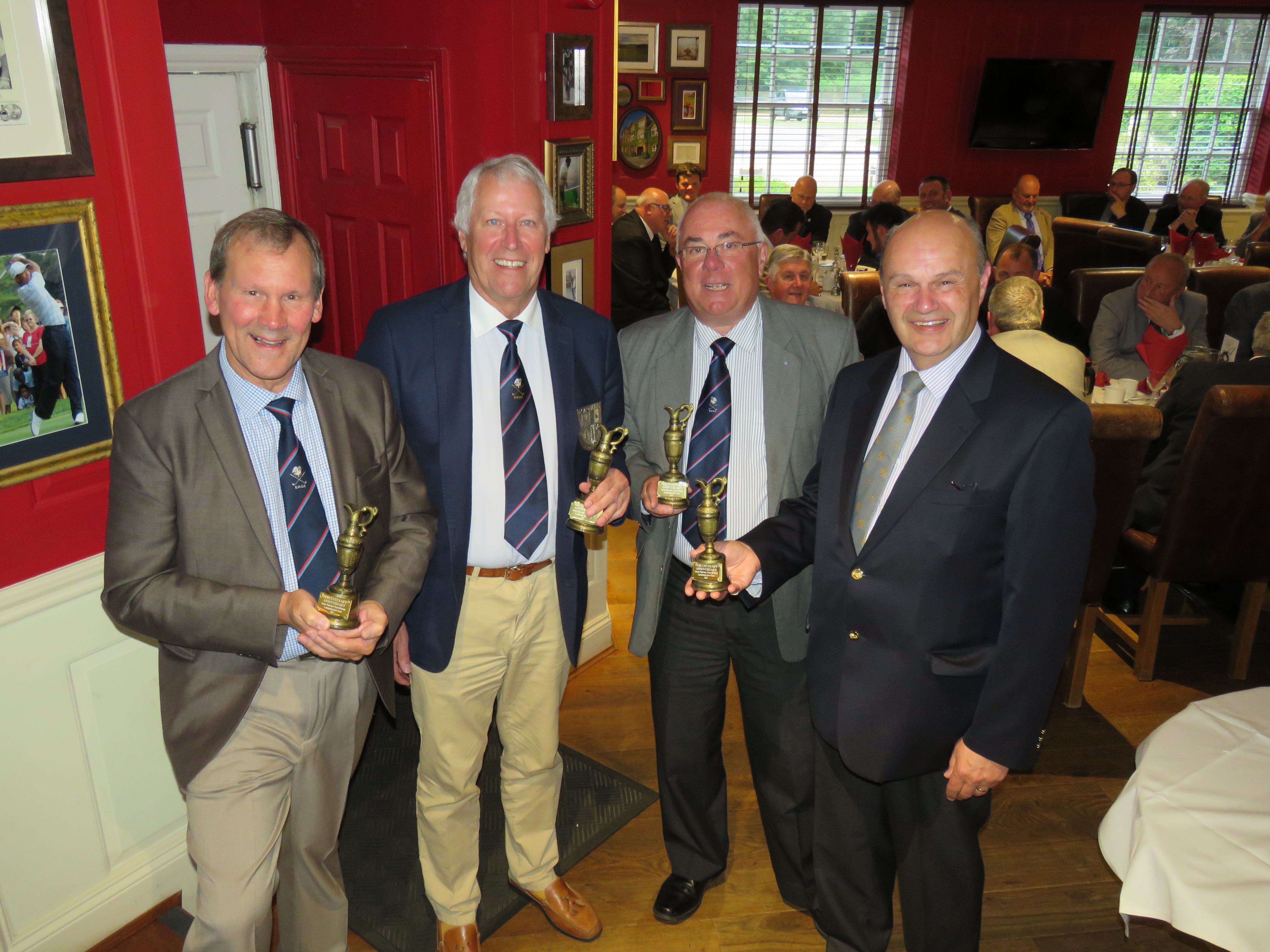 On Thursday 8th June, in an alternative to the General Election, more than 60 golfers arrived on a wet and blustery morning at Lambourne Golf Club in Burnham, to do battle on the fairways and greens.

Hosted by the Province of Berkshire 16 teams from Buckinghamshire, Oxfordshire, Hertfordshire, Middlesex and Berkshire competed in teams of four for the Tercentenary Golf Championship.

With three scores in each team to count, the competition was hard fought but the Bucks 1 team consisting of the Bucks' Masonic Golf Society Captain Paul Savage, Dave Hawkins, Andrew Sweeney and Steve Smirthwaite came top of the pile beating the Oxfordshire team containing their Provincial Grand Master, James Hilditch, by one point 107-106.

The trophy was presented by the Deputy Provincial Grand Master of Berkshire, Anthony Charles Howlett-Bolton. There were two other Buckinghamshire winners on the day; Stan Green won nearest the pin and Peter Harborne, who scooped the ball sweep cash.

Buckinghamshire also beat Middlesex in their annual match, but sadly lost to Berkshire for the second year running by two points.

The comment that it would be 300 years until we had to defend the trophy was met with much laughter, but everyone looked forward to our usual Provincial matches in the coming seasons.