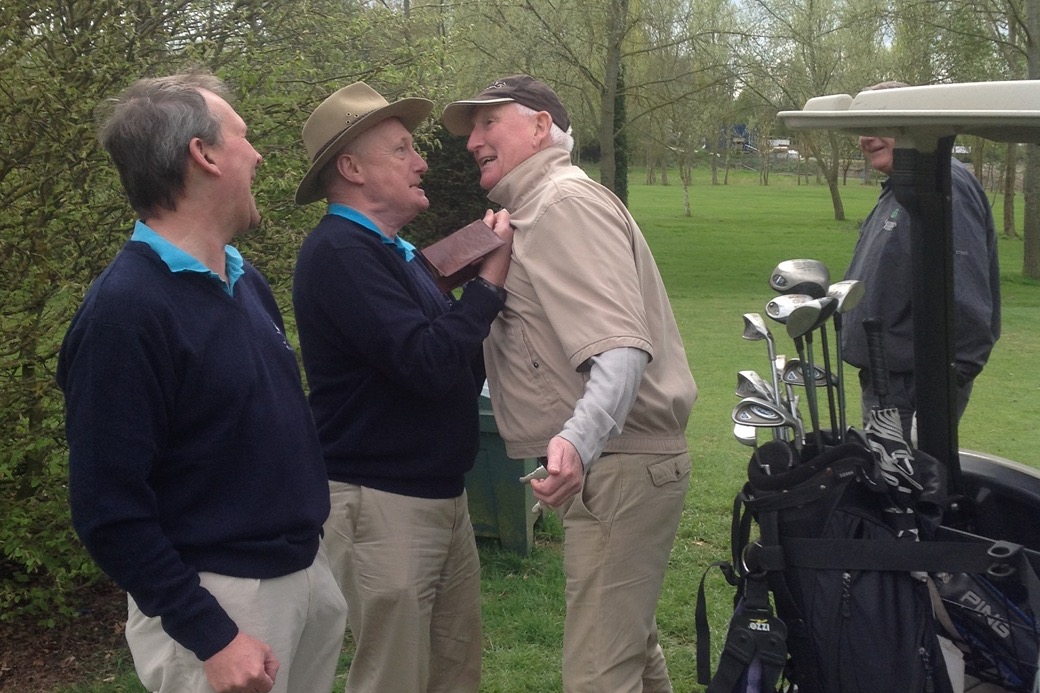 The Bucks Masonic Golf Society season for 2017 ended in September at Chartridge Golf Course, Chesham which also included our AGM.

One of the items for discussion was charity, this year it was decided to donate from raffles and various other competitions the following:- in memory of Derek Trice, a past captain of the society who died very suddenly in August this year, to his wife Shirley’s chosen charity ‘The Horse Trust’ £100.00, £200.00 each to Prostate Cancer, Child Bereavement UK, Guide Dogs for the Blind and Childhood Cancer and from the Twos competitions and a generous donation £200.00 to BMCF, making a handsome total of £1100. The other important item on the agenda was for Paul Savage to relinquish the captaincy to Stan Green, which he did very begrudgingly. Stan Green then proposed that now our President, Gordon Robertson, is retiring as PGM our new president should be from within the society, it was then unanimously approved by the brethren that our past captain Mike Powell be our new president for the next 4 years

With matches this year against Berkshire and Bedfordshire, which both unfortunately we lost, and Middlesex winning 256 – 219 plus our usual 8 society days there was an extra tournament at Lambourne Golf Club, Burnham with 64 players in teams of 4 representing Middlesex, Hertfordshire, Buckinghamshire, Oxfordshire and Berkshire competing for the Tercentenary Championship, it was a very close contest with Buckinghamshire Masonic Golf Society Team 1, Paul Savage, David Hawkins, Andy Sweeney and Steve Smirthwaite winning the day,

We have a change of secretary this year Brian Shepherd, Brian has taken over from Rob Knock who has stepped down to concentrate on his golf, he thinks. We now look forward to next year and hope the golfing and weather gods are looking down on us, if there is anyone interested in joining us as a member or as a guest at any of the meetings you would be very welcome, details below

This email address is being protected from spambots. You need JavaScript enabled to view it.

(best 2 scores over Spring, Summer and Autumn meetings for OVER 65’s)