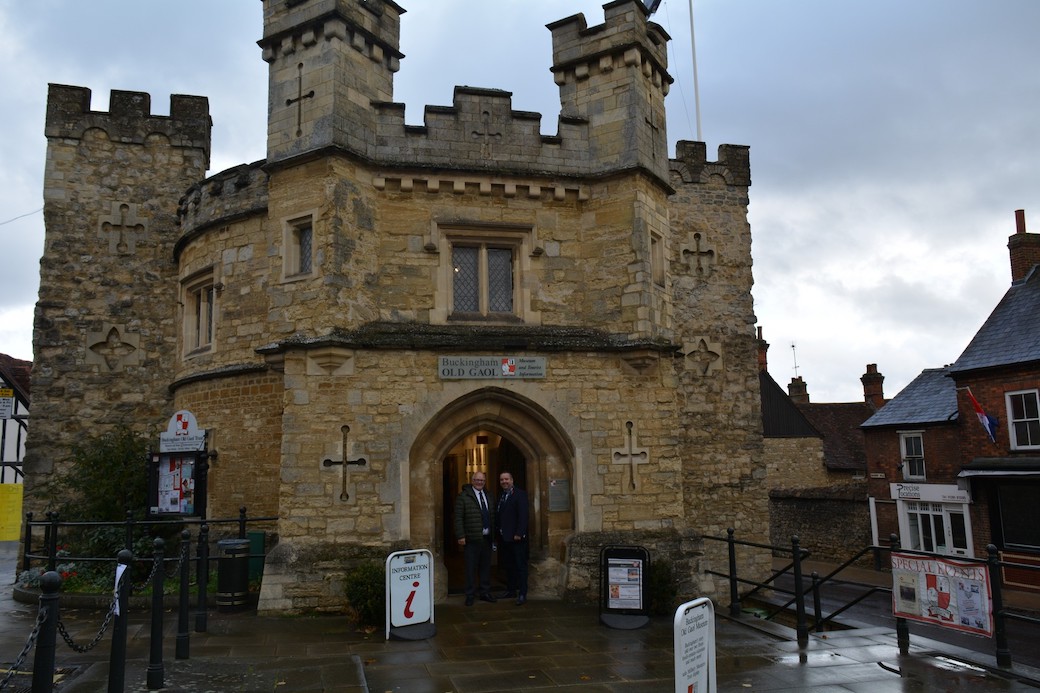 The grant of £1,300 is to purchase a fully computerised ‘Modes’ system to enable them to fully document and record exhibits preserved in Buckingham Old Gaol.

Lt Col Simon Wilkinson, Chairman of the Buckinghamshire Military Trust is pictured receiving a further donation to the trust from Grenville Lodge presented by Mark Buckland.

The grant will allow the trust to meet Arts Council Accreditation requirements and enable those interested in stored items to access them and increase knowledge and accessibility for the public.