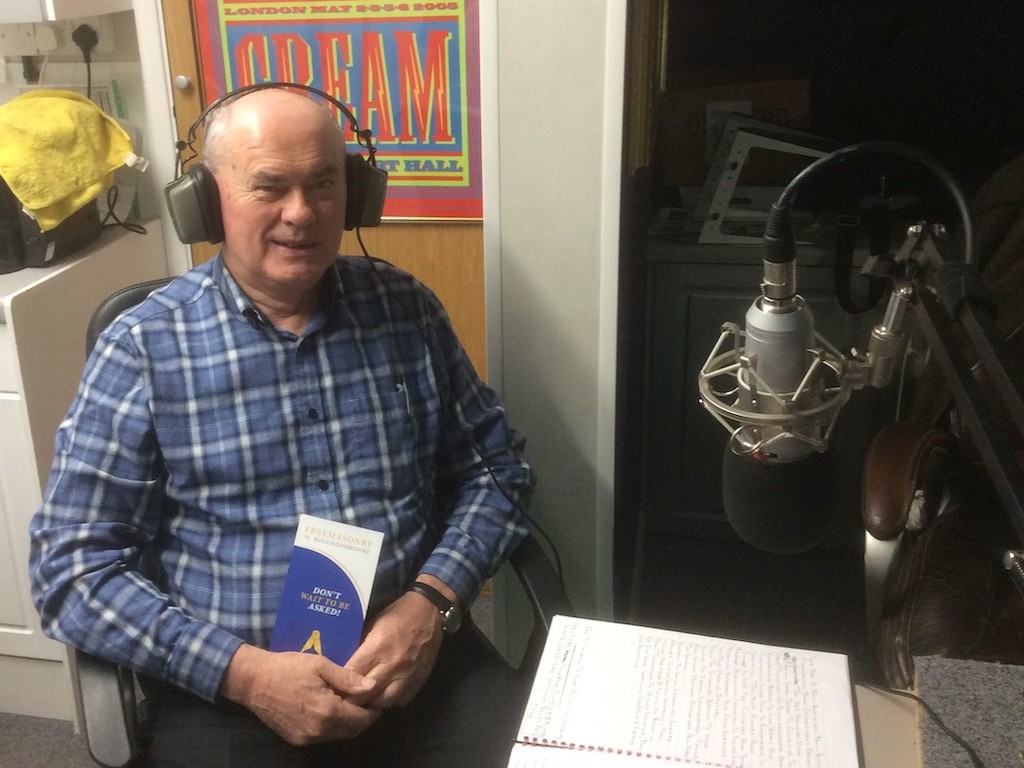 Bucks APGM Phil Blacklaw has now been a guest of on the CRMK (Community Radio Milton Keynes) twice, the first was the 6am show on New Year’s (that shows dedication) and again for 2 hours on the 16thof January.

Both times he was a guest on David Ashford’s “The Geriatric DJ”. The shows were entitled “Lets Inspire” and Phil Defiantly did just that.

Over the 2 shows, Phil had the opportunity to explain what Freemasonry is about and talked about the charities we support.

As it is an online radio station CRMK is not only heard in Milton Keynes but also has listeners from all over the world.

During the show, Dave received a number of positive comments from his listeners who were surprised to hear the amazing things Freemasonry are involved with.

As the show has been such a success that Phil has been invited back for a regular spot on the show.

The second podcast can be downloaded here;