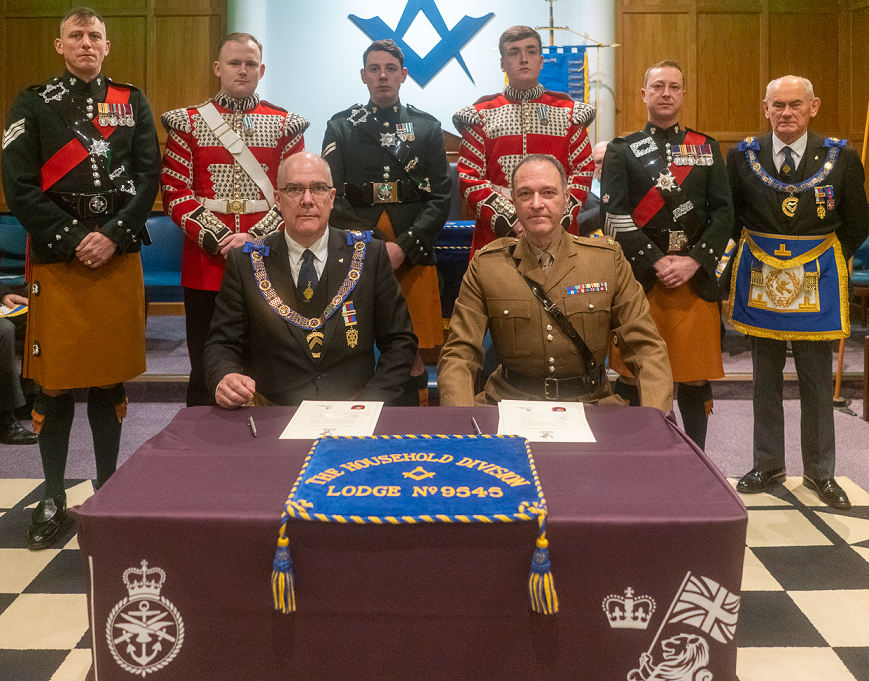 On Friday 26th November the Province marked its commitment to the armed forces in signing the Armed Forces Covenant at The Household Division Lodge. The covenant was signed by Deputy Provincial Grand Master VW.Bro. Hugh Douglas-Smith on behalf of Buckinghamshire Freemasons and Major Spencer Jones of the Coldstream Guards on behalf of the Ministry of Defence. The signed Covenant will be displayed on the Secretaries desk at future meetings of the Lodge.

The Armed Forces Covenant is not a charitable organisation. It is a promise from the nation to those who serve or who have served, and their families, which says we will do all we can to ensure they are treated fairly and are not disadvantaged in their day-to-day lives.

Friends, wives and partners were invited into the Lodge room to witness the signing, before joining 60 people for a white table dinner. Guests enjoyed a musical performance by the Drums and Pipes of the 1st Battalion Irish Guards, based at the Mons Barracks in Aldershot.

The individuals in the band were;