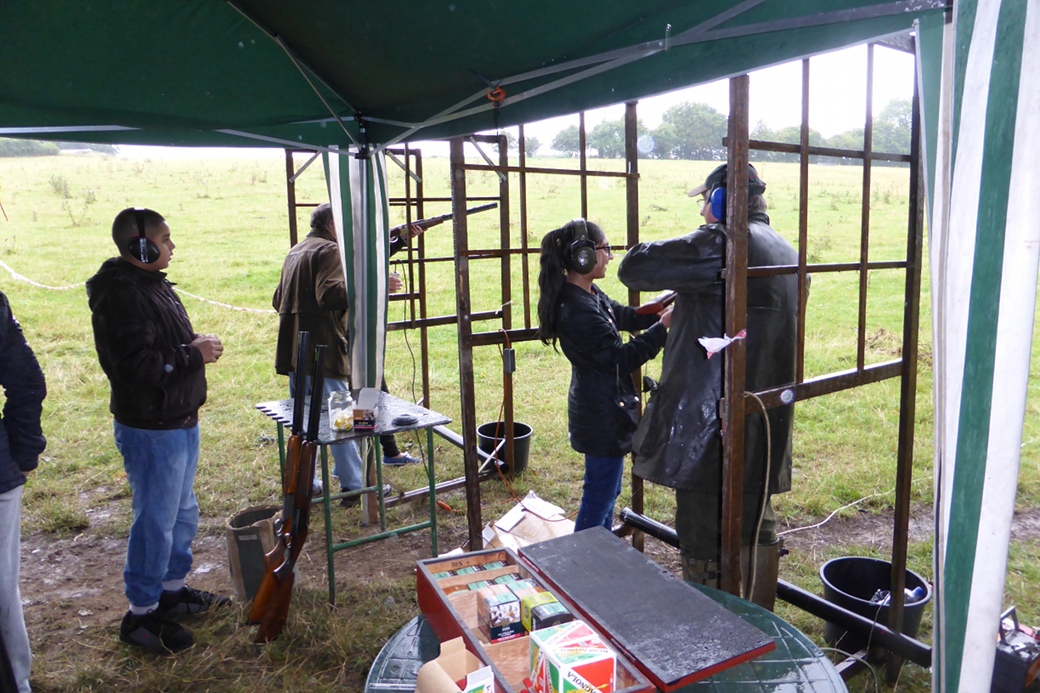 This event was organised by the Beaconsfield Freemasonry in the Community Committee for a group of young carers between the ages of 13 and 18 and was held at Road Farm, Great Missenden where they tried their hand at Clay Pigeon Shooting under the watchful eye of Roger Hance.

Despite the English weather doing its best the spirits of the youngsters never waned, soaked to the skin they still managed to enjoy the shooting and a B-B-Q cooked by members of the committee, Barry Sparks, ably assisted by his wife Juliana and Frances the wife of Rob Knock, Sean Boardman and Steve Matthews of Hall Barn Lodge, Graham Thorn of Penn and Tylers Green Lodge also assisted in organising the day, it was surprising how quick the food could be devoured, all present enjoyed themselves especially the cooks.
Sarah Beavis, Senior Young Carers Support Worker thanked us for organising the shoot saying that they had lots of great feedback from the day, the kids really got involved and loved it.
The Beaconsfield committee, led by Graham Thorn, plan to take another group of young carers to the Chinnor Railway on 20th September, in December young carers between the ages of 6 and 11 will be invited to a Christmas party at Beaconsfield Masonic Centre and in November the annual Christmas lunch for adult carers will be held.
CarersBucks is a registered charity and part of the Princess Royal Trust for Carers Network; it supports unpaid family carers across Buckinghamshire offering information, support and advice. They currently support 7000 of the 43000 family carers in Buckinghamshire. Their web site is www.carersbucks.org