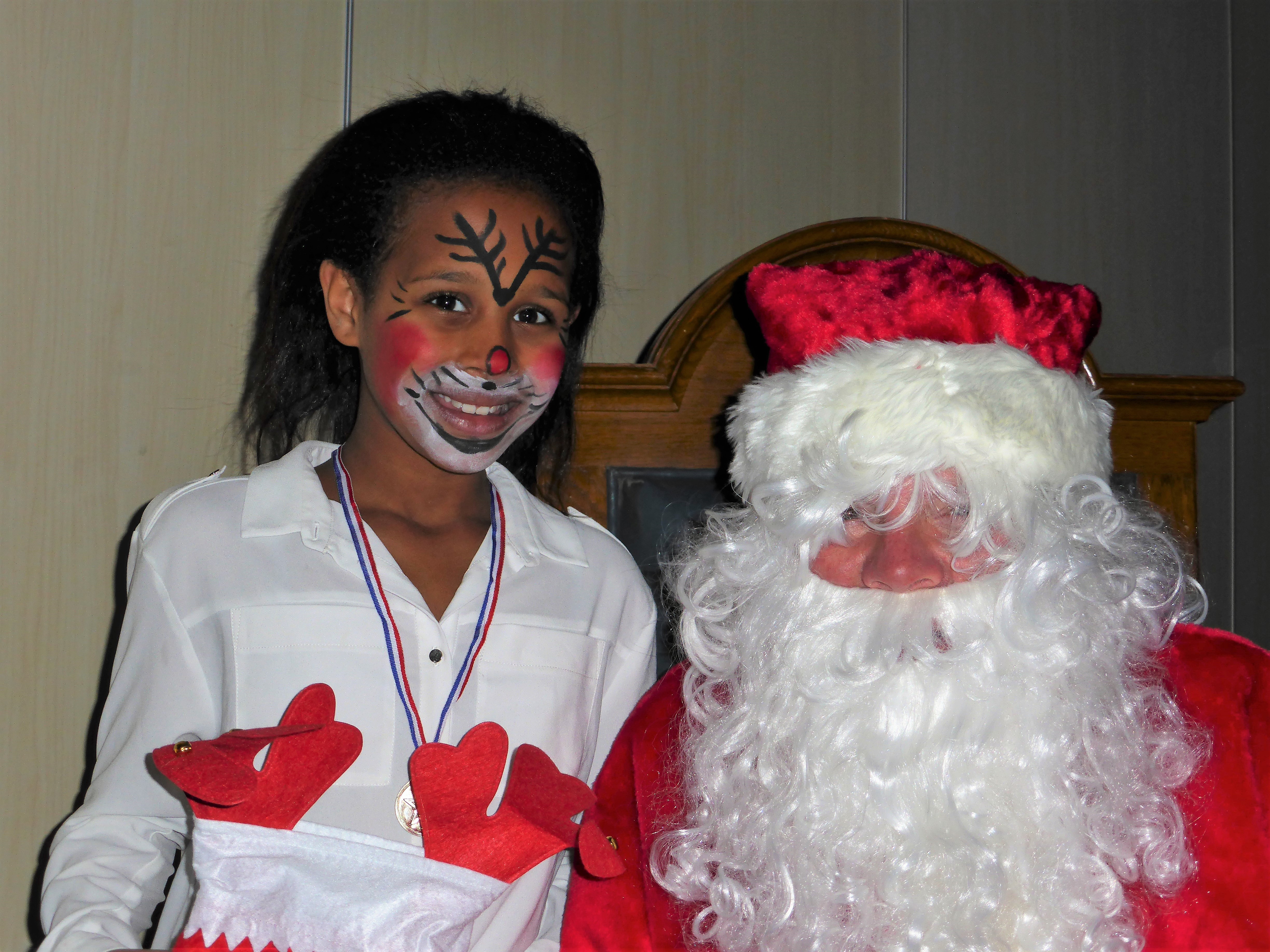 Following the extremely successful and most enjoyable Xmas lunch for adult carers in their local area, the Beaconsfield branch of Freemasonry in the Community held a Christmas party for 45 young carers between the ages of 8 and 11 at the Beaconsfield Masonic Centre on Sunday 4th December.

The afternoon started with magician David Weeks enchanting the children with his tricks. A banquet of sandwiches, biscuits, cake and fizzy drinks was followed by games, organised by Maxine Lansdell a Young Carers activity worker and face painting by Helen Matthews, the wife of Steve, chairman of the organising committee,

The fun and merriment was heightened further by the arrival of Santa Claus (aka Graham Thorn) who brought in a sackful of presents for the children. It was wonderful to see the joy and excitement in their eyes as he gave every child a gift.

The afternoon continued with a disco by Ryan, the DJ from Phase two music, who made sure the children's favourite music kept them bopping to the end of the afternoon.

The tired, but happy, children were then waved off by the Beaconsfield Freemasonry in the Community Committee who had helped out on the day. As well as Santa; Tony Dyckes, James Dyckes and Christine Dyckes, Sean Boardman, Steve Matthews and Helen Matthews all gave their time to ensure the success of the afternoon and the enjoyment of the young carers.

Maxine commented: "Our sincere thanks go to the Beaconsfield Freemasons for a fabulous Christmas party! The children and the rest of the young carers' team had a wonderful afternoon."

Tony Dyckes added: "As part of our support to Freemasonry in the Community we are extremely pleased to have held this event, as indeed, we hold many others throughout Buckinghamshire."