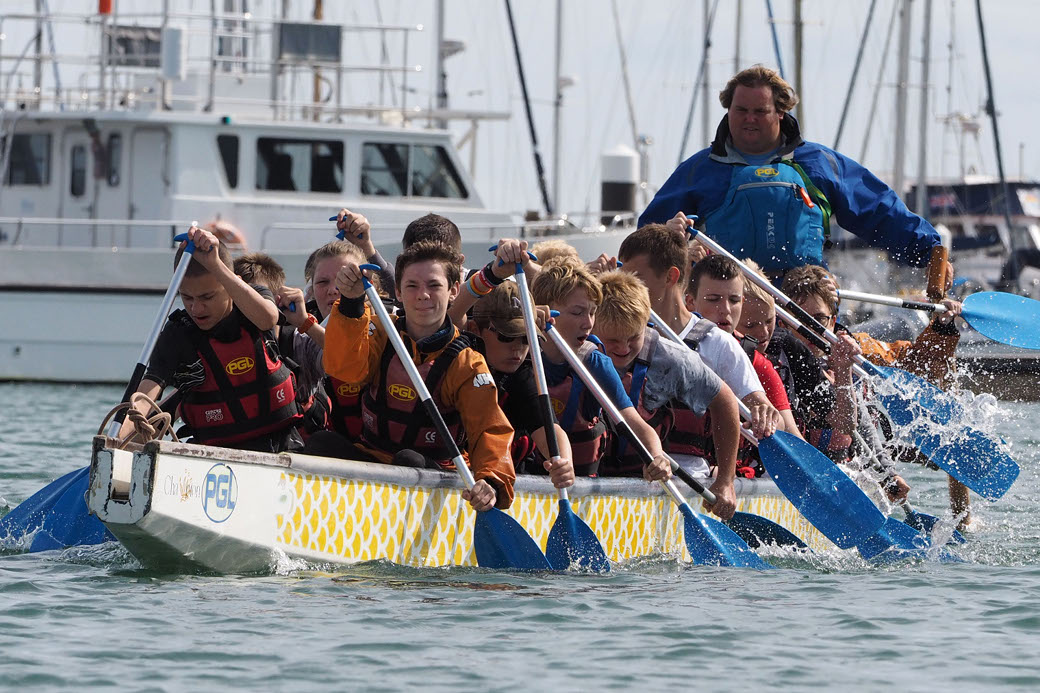 The province of Dorset, as part of the tercentenary celebrations, organised for 200 children with their carers and group leaders to spend a week at Weymouth's Jurassic Coast Youth Adventure Park, the children were chosen and sponsored by 14 different provinces including Buckinghamshire.

Steve Matthews chairman of the Beaconsfield Freemasonry in the Community Committee was charged with finding two suitable deserving young Carers which he sourced from Carers Bucks in High Wycombe, Marcus Ashford 13 and Eisa Mehood 14 were the two extremely excited young carers chosen for what I am sure would be an adventure of their lives

Every child was presented  on Monday's arrival with two specially designed T-shirts,  a matching baseball cap and £20 in pocket money. Expressions of emotion and gratitude started at that point and such wonderful comments and remarks  of appreciation continued throughout the week from children and carers alike. Everyone present has declared this "holiday" such an unexpected, exciting and enjoyable experience.

Three substantial meals were provided each day in the resort's superb dining room and the resort's shop was open throughout for snacks, drinks, ices, souvenirs etc. which the children were able to purchase with their "pocket money".

Marcus and Eisa were presented with their Certificates of Achievement and group photos by the Assistant Grand Master Sir David Hugh Wootton, they then left the resort happily on Friday afternoon after a full, entertaining and much enjoyed adventure. Thankfully there were no reported accidents or incidents