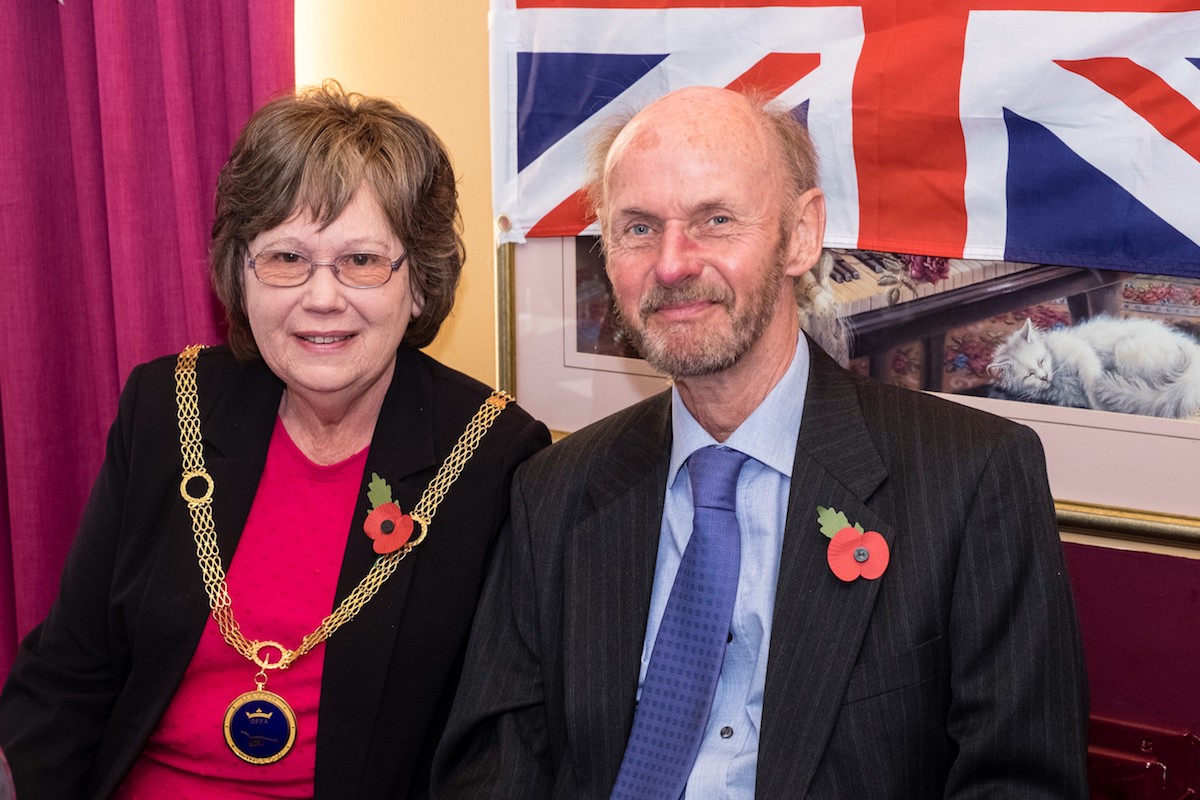 Hosted by Buckinghamshire Freemasons, the guests were treated to superb 3-course carvery, drinks and a raffle, all of which was sponsored by Freemasons from Buckinghamshire, ably assisted and supported by members of the Masonic Centres at Winslow and Buckingham.

Also in attendance was Winslow's Lady Mayor, Mrs Wendy Castle, accompanied by her husband; along with Reg Langley from The Royal British Legion; together with representatives from The Army Cadets; Buckinghamshire First Responders and members of Winslow Scout & Cubs.

Helping to serve the meal and look after the guests were Buckinghamshire's new AsstProvGM Phil Blacklaw and his wife Isabel, PDepProvGM Mike Stimson and his wife Shirley and Andrew Hough Secretary of the Bucks Masonic Centenary Fund and his wife Mary.

The collection box at the lunch realised contributions in excess of £150, which was given to the Winslow Branch of the Royal British Legion.

Also, due to the generous contributions made by Winslow and Buckingham

Freemasons in covering the cost of the lunch, the Provincial team agreed to donate £500 to a local charity.

Colin Cruse said: "This lunch has become our way of showing appreciation for the sacrifices our serviceman and women have made, and continue to make, on our behalf. The Veterans all enjoy the day and meet old friends in a most convivial atmosphere.