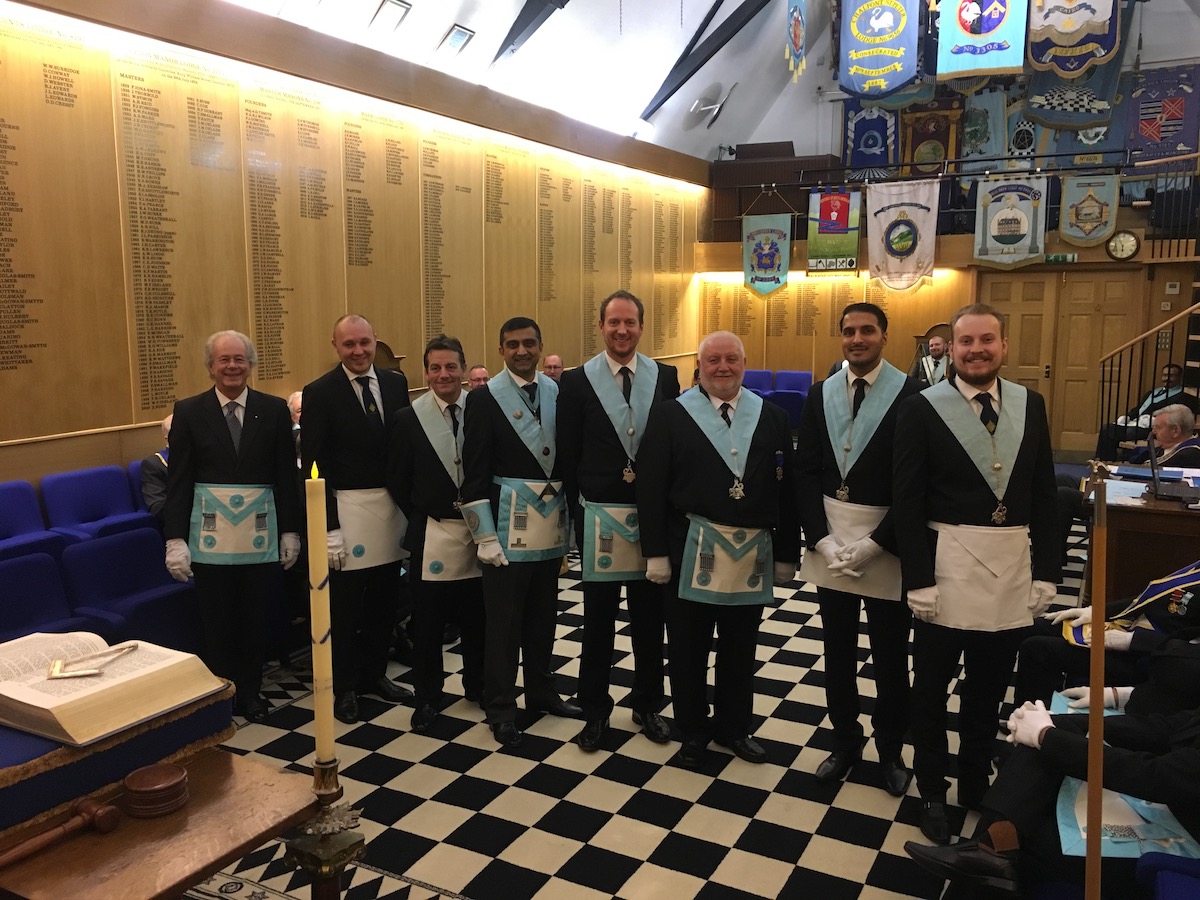 Beaconsfield-based Eton Lodge was due to hand in its warrant in January 2017, but secretary Kevin Ambrose galvanized a determined band of past masters who pledged to save it.

He recruited colleagues from Cliveden Lodge when he was master there, and which itself was brought back from the brink in 2010, as the basis of a recovery drive.

Kevin says: “Cliveden’s rescue was based on what I call the smiley face philosophy – it’s vital to make sure everyone goes home smiling at the end of a meeting. We’ve adopted a similar approach at Eton.

“So we try to fit the lodge to the individual, rather than the other way round. Different people have differing goals. And different time commitments. You need to respect that, rather than point a finger and criticise.”

New items of ritual were pioneered, too. Deacon Andrew Davies memorised Dylan Thomas’s poem, “And Death Shall Have No Dominion,” for a third degree ceremony – and has now been invited to perform it in other lodges!

The campaign came to a head at Eton’s installation ceremony in January, when one of the first new members, Bobby Uppal, went into the master’s chair. He, in turn, appointed SEVEN juniors as stewards. Two more are due to be appointed soon.

Bobby says: “My installation shows how new attitudes to freemasonry can reinvigorate a lodge. Brethren come along to Eton as visitors. They experience camaraderie, commitment and the quality of the ceremonies in the temple. So they ask to join.

“This situation, in turn, creates a new energy and optimism which helps to recruit initiates. So success breeds success.”

The ceremony was witnessed by Provincial Grand Master John Clark. He says: “I congratulate everyone involved with Eton’s turnaround. It has gone from being on the critical list to become the province’s fastest-growing lodge. A fantastic example to us all.”

Eton has recruited 17 new members in the last three years. The membership roll currently stands at 30.  And more applications are in the pipeline.