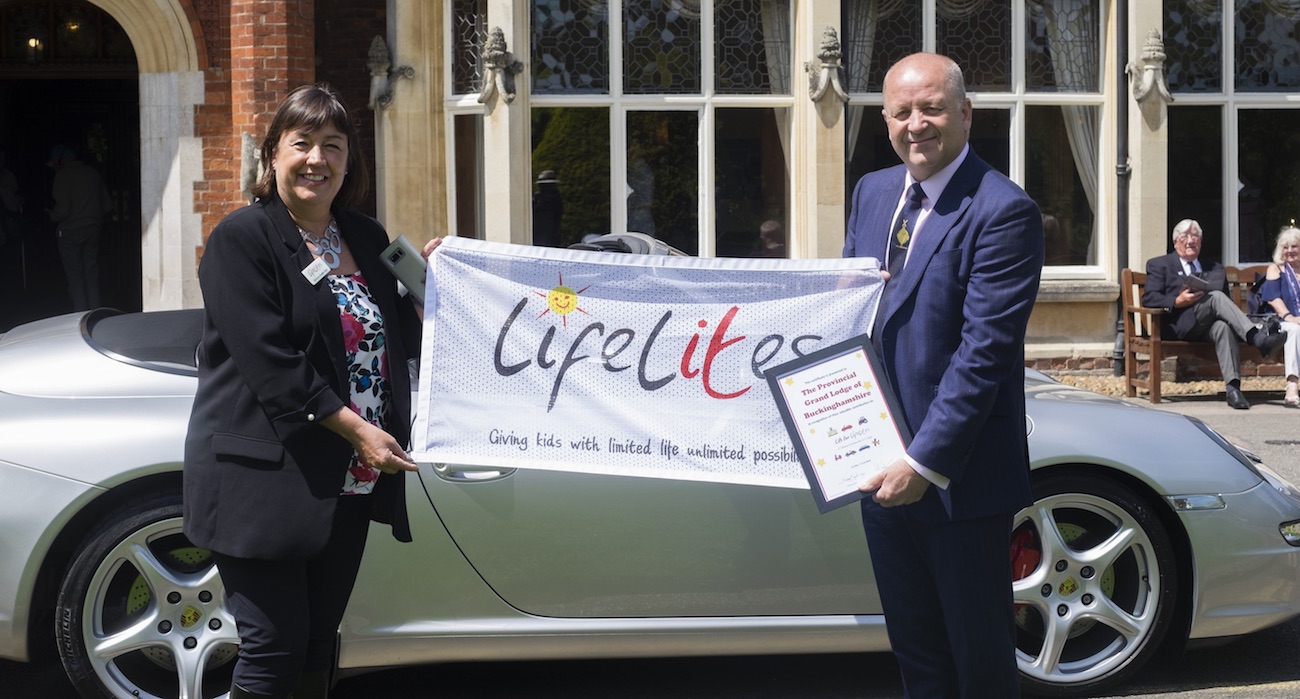 She visited a number of Provinces which transported her from one landmark to the next.

On day 13 she started off at the Shuttleworth collection where Simone was transported in a Dodge Charger to Silverstone Park. From there she was taken by a 2 seater vintage Jaguar to Bletchley Park, home of the World War Two codebreakers

She was met there by Bucks PGM John Clark who presented the charity with a cheque for £4,000 from the Provincial Grand Lodge of Buckinghamshire.

Following the cheque presentation, John Clark whisked her off to her next port of call, her last for the day The Henry More Foundation in Hertfordshire, in a gleaming open-top Porsche 911. 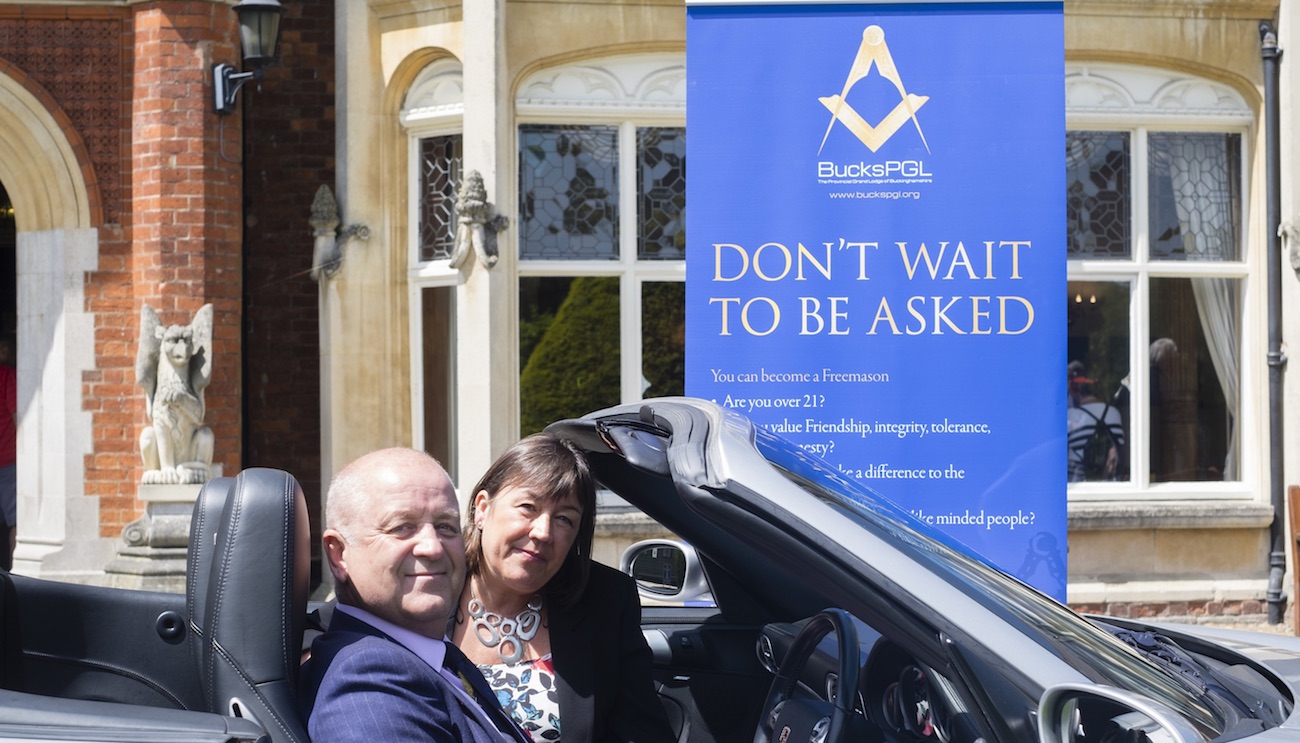 Simone finished off the day in a 1964 Austin Healy.

Simone has undertaken the challenge of traveling across the country using a huge variety of modes of transport. Each Province has provided rare or unusual forms of transport and presented the charity with cheques during her whistle-stop tour.

The full story can be found below;