The Masonic Hall in Stony Stratford was packed to capacity recently when Peter Donegan performed a stunning concert including many of the hits of his own and late father, Lonnie.

The evening had been arranged by John Petrie of Roman Way Lodge, which is based at the Hall, following a visit he made to The Stables for a concert by the performer. He discovered that Peter was selling CDs of his work to enable his son, who has been diagnosed with Autism, to attend a special needs course costing over £4,000 a month. 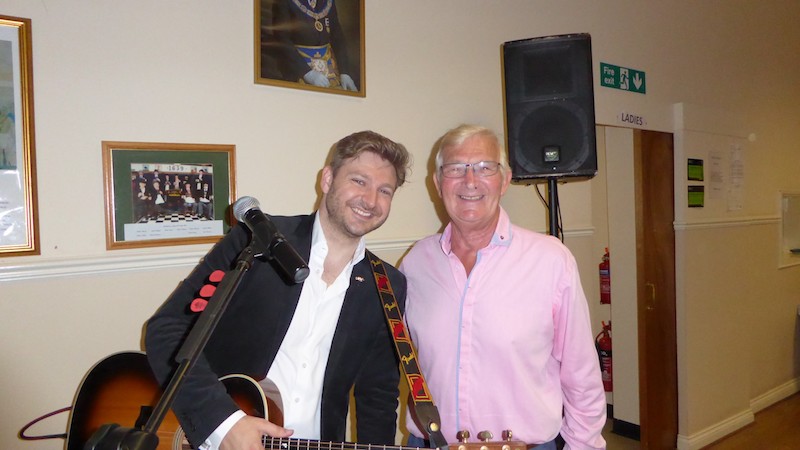 John invited Peter to perform at the Masonic Hall in the hope of raising £500 for the cause. In the event, a total of £1,175 was raised as the concert was a sell out success.

Peter treated the audience to many of his father’s old favourites such as ‘Cumberland Gap’, ‘Bubble Gum’ and ‘My Old Man’s a Dustman’ as well as songs from his own albums, including ‘Little Man’ which he dedicated to his son Eric. The evening concluded with a standing ovation from a delighted audience.