This vehicle was purchased with the generous donations from the lodges that meet at Eliot Hall Masonic Centre in Winslow and BMCF.

It replaces the first response vehicle which went operational in April 2015 – which was also purchased through donations from Lodges at Eliot Hall Masonic Centre and BMCF. As its predecessor, it had 4x4 capability to assist in rural locations and adverse weather conditions.

Buckinghamshire freemasons and Eliot Hall Masonic Centre have been great of support of Winslow CFRs and through their continued support in providing funding for this vehicle and equipment, they are helping to provide lifesaving skills and equipment to reach local people who are suffering a medical emergency prior to the arrival of an ambulance. 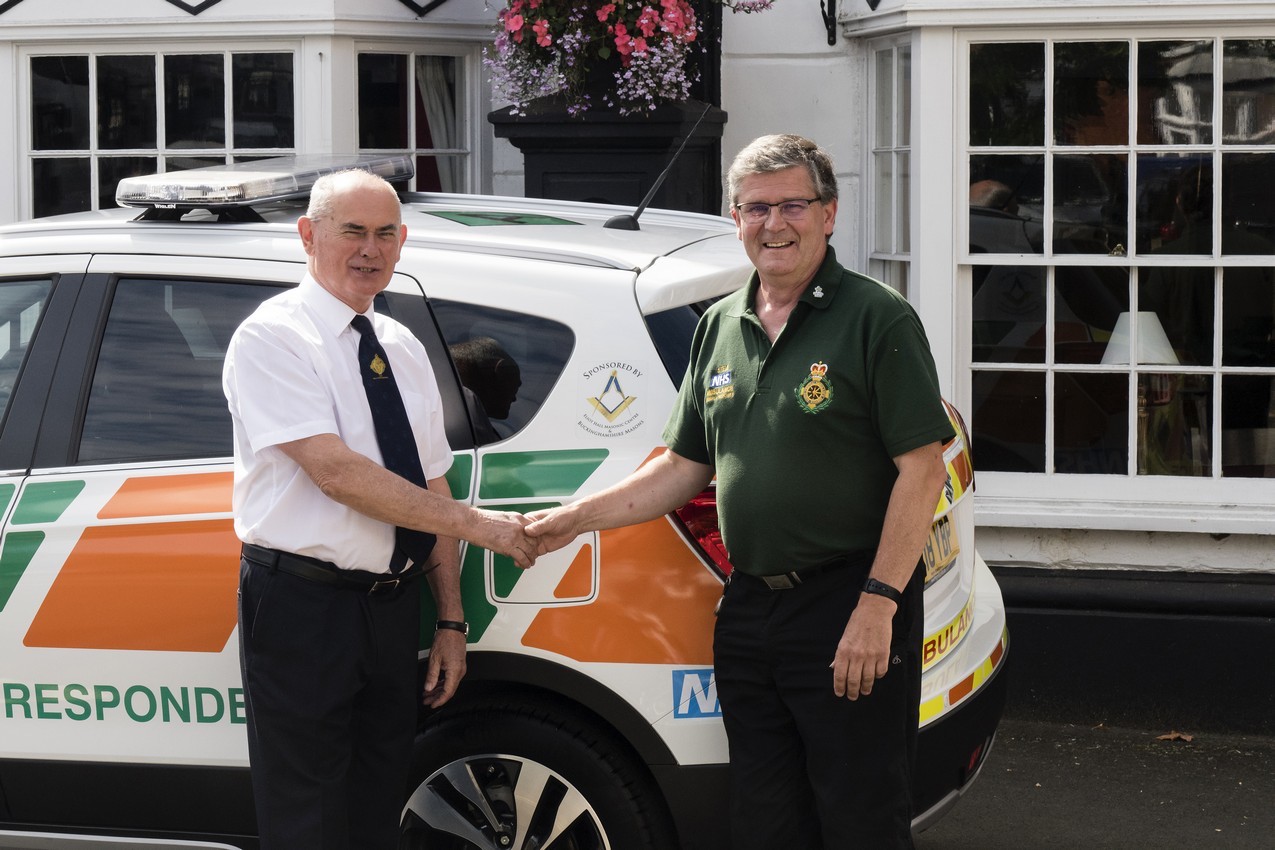 The new response vehicle is bigger than its predecessor, as this vehicle is now equipped with specialist lifting equipment and can be sent to assist casualties who have fallen and require specialist equipment to get them up, which certain CFRs are trained to do (Steve Acton being one of them). It carries the usual lifesaving equipment and medical gases as the other vehicle did also soon it is hoped to have the latest communication equipment installed (funds still being sought after)

Once again Winslow CFRs would like to thank Buckinghamshire Freemasons for their continued support.