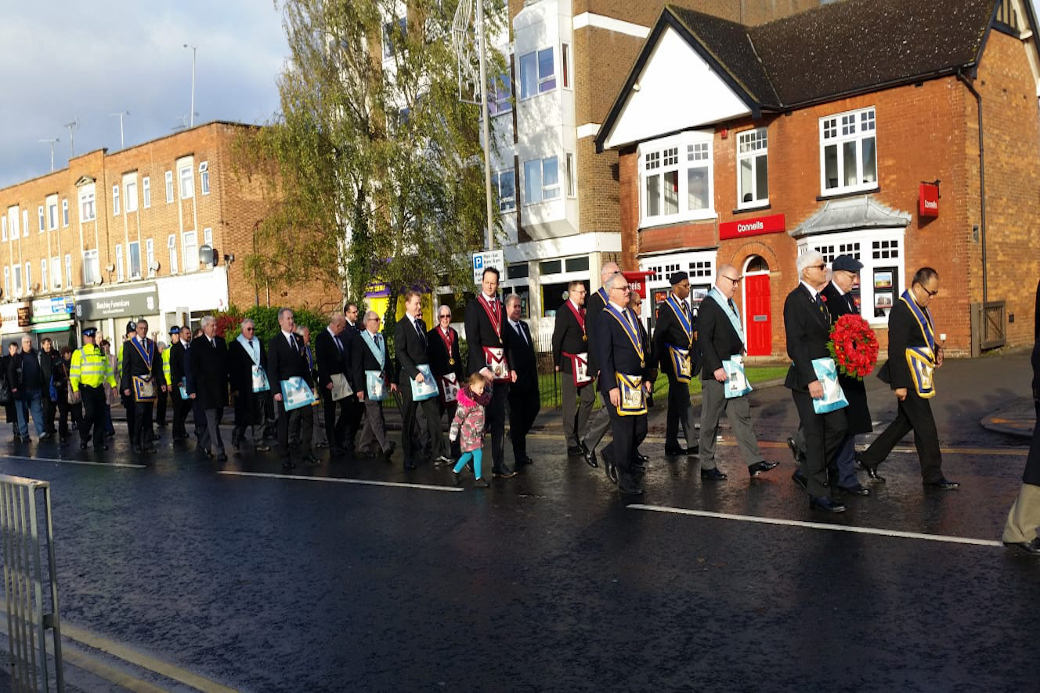 The local community were invited to take part along with local religious leaders from local churches and a local Iman.

Local Freemasons already look after the Memorial Gardens so we were pleased to accept the invite.

Around 50 Freemasons joined the silent march lead by the Bucks APGM Phil Blacklaw.

With the Local community and Friends and Family of Local Masons over 100 people joined the march.

Amongst the wreath layers were Bro Javaid Iqbal who is a retired Lt. Col from the Pakistan army and our one our newest Entered Apprentices Bro Muhindo Mowavingi.

After the ceremony a bugler played the last post which added to the atmosphere.

The local community were then invited to the Bletchley Masonic centre were food and drink was provided.

The Memorial service was watched live from the cenotaph and the room joined in with the two minuets silence.

After the success of this year it is hoped we will take part again next year.