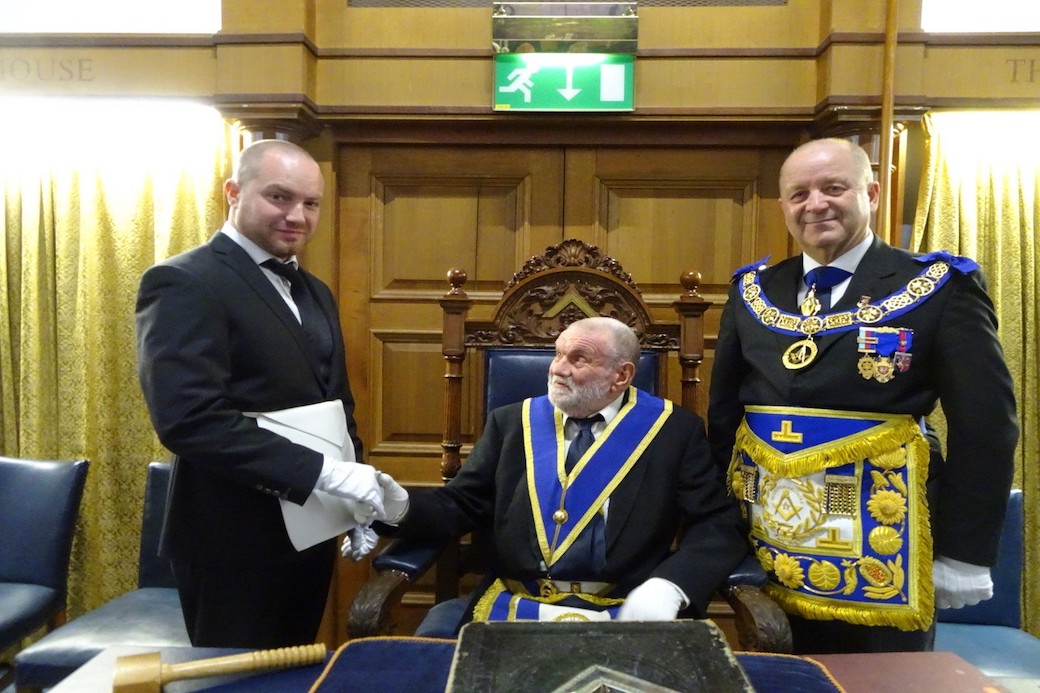 John was also pleased to present W. Bro Bill Mudge, a member of Thames Mariner Lodge with his promotion to Past Provincial Grand Standard Bearer (PPGStb).

Bill had been unable to attend the Provincial Grand Lodge Meeting in October due to illness.