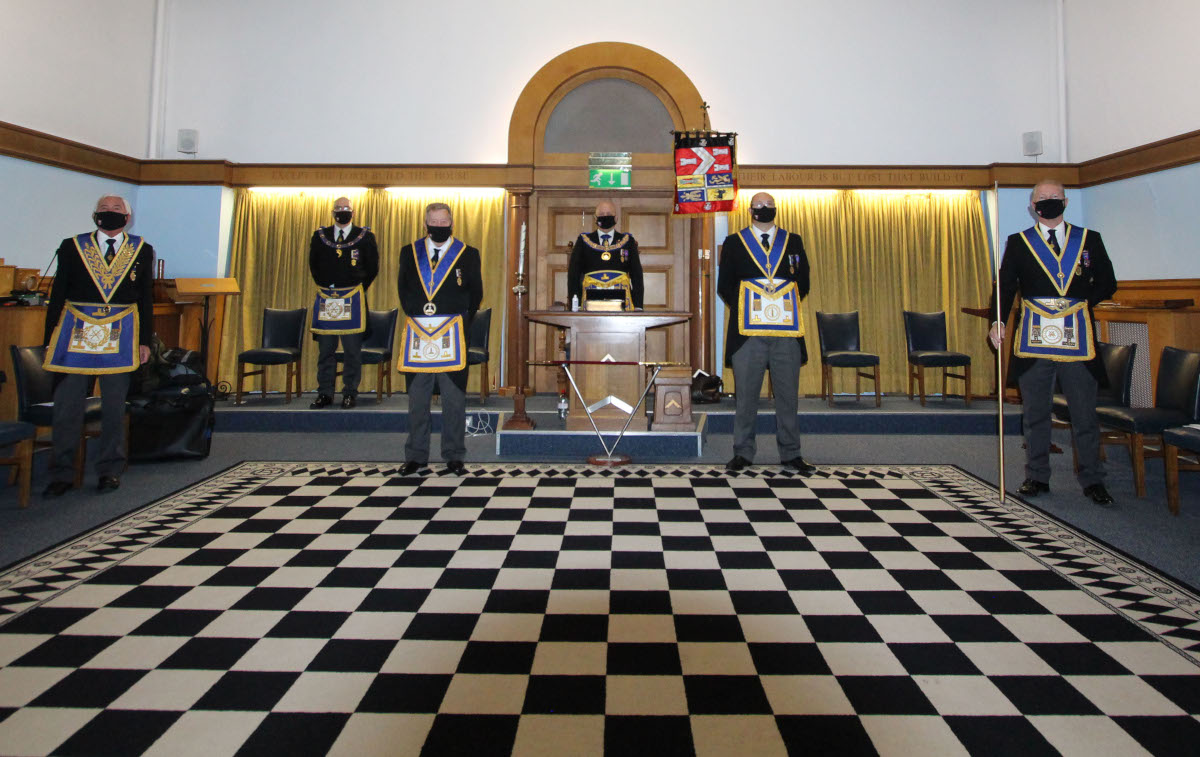 After a last-minute change of venue due to Slough moving into Tier 2, the Provincial Grand Lodge of Buckinghamshire met this morning under the ‘rule of six’ at Marlow Masonic Centre.

The meeting was tyled by WBro Gary Brodie, AsstPGM, and the business of the Province was conducted in due form.

The ProvGM’s address will be published in due course but he paid tribute to the outgoing acting officers as well and the numerous brethren who have volunteered to help those in need during the COVID crisis.

This is a far cry from our usual meeting of some 600 people in the Grand Temple in London but will be remembered for a long time. Hopefully, next year’s meeting will be something more akin to the usual.