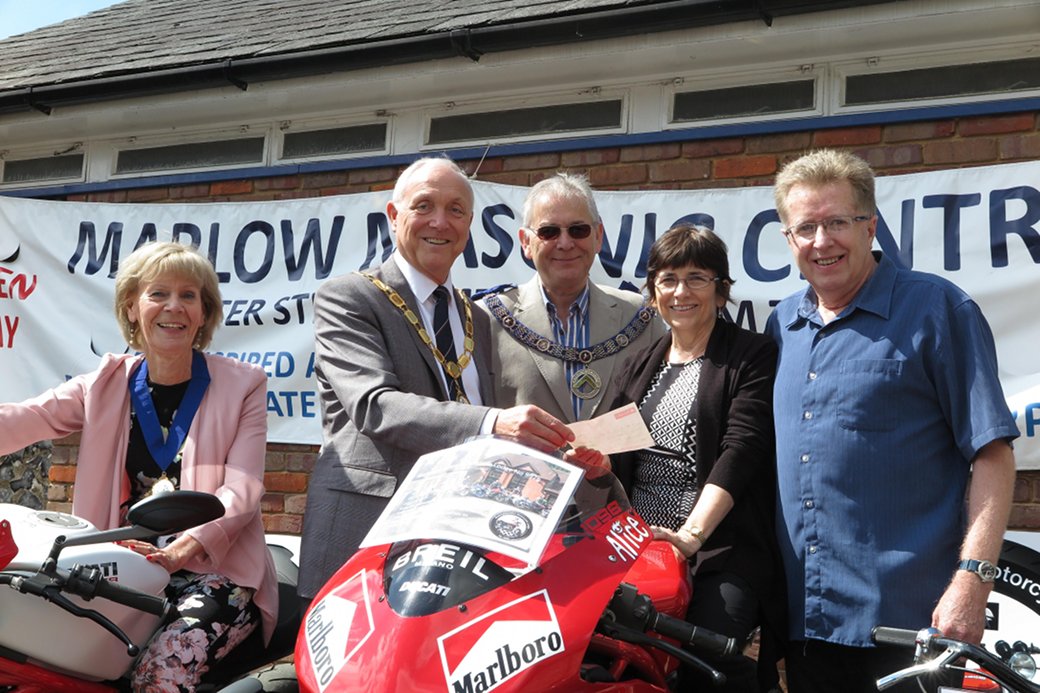 The Freemasons of Marlow recently held an ‘Open Day’ when local residents, as well as family and friends, were invited to have a look round the Masonic Centre, on St Peter St,  and to see the sort of charities that the members patronise.

Originally, the day was conceived to be an open window to the Masonic Fraternity and also to help dispel the continuing myth that Freemasonry is a ‘secret’ society. It was also to explain how a Mason’s family values provide a strong foundation for personal development.

As part of this openness, the day was advertised with a large banner in the centre of Marlow High Street. This not only publicised the day, but also offered PSA tests to the men of Marlow. The PSA testing initiative was started by Gordon Robertson, Provincial Grand Master, in 2015 and has proved to be a life saver; with at least two of those tested having had life-saving operations in the last 12 months. During the open day 105 men were checked and this was all paid for by Buckinghamshire Freemasons.

There were also numerous attractions on show to keep all the visitors entertained. The Masonic Shooting Group and the Salmon and Trout Fishing Team which support children and young carers and give them memorable days out were both in attendance to explain the work they do and how they raise funds to facilitate their days out. The Motorbike and Classic Cars Lodges, which bring together like minded Freemasons, brought some of their “Big Boys’ Toys” along for the public to enjoy.

The local First Responders were in attendance to showcase the invaluable service they provide to the community, and the children’s charity PACE which does such wonderful work for children with cerebral palsy, were represented.  Both of these excellent organisations receive regular financial support from the Freemasons within Buckinghamshire.  In addition, three charities benefited from donations on the day: The OKOurKids Charity  received £1000 donation from the Marlow Centre Christmas raffle and carol concert, The Graham Fulford Charitable Trust (PSA testing ), was given £1000 donation from Amersham Lodge 7613, and the Cancer Relief Trust received £300 from sales of regalia at the Centre shop.

The Marlow Town Mayor, Bob Johnson and the Lady Mayoress Mrs Shirley Johnson, were in attendance along with the Bucks DPGM, Robert Wharton.

Robert said: “The Open Day not only allowed local people to get a glimpse of what Freemasons are really about, but also to allow members to explain how our core values of Friendship, Integrity and Charity are used to benefit the local community and underline our commitment to assisting everyone wherever we can.”