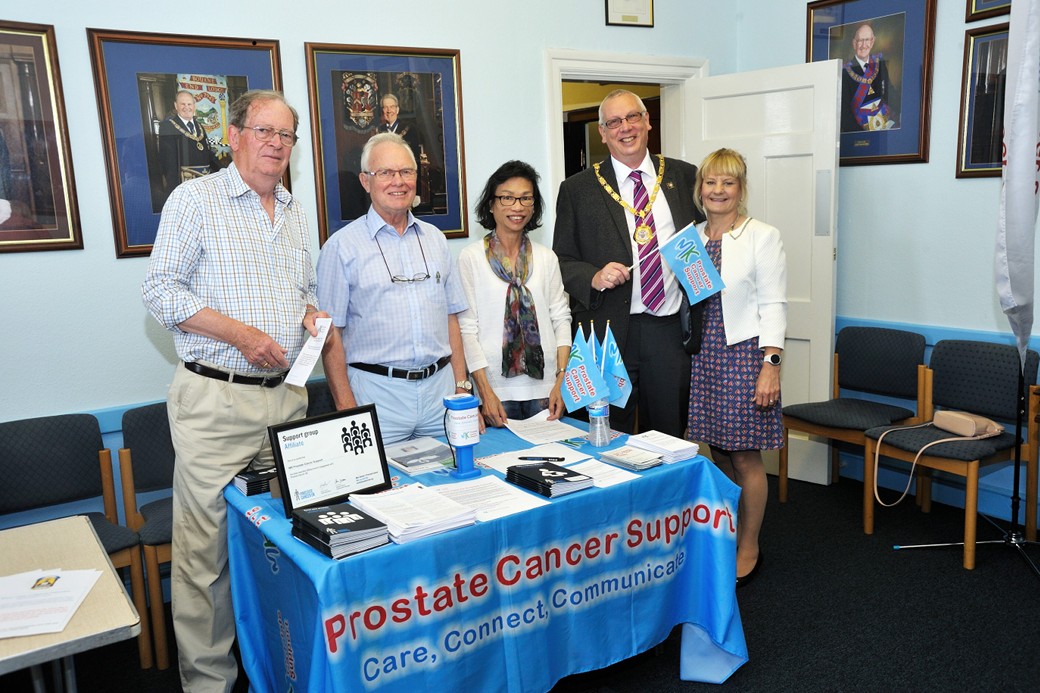 Bletchley Freemasons recently opened the doors of their Masonic Centre and gave local residents the opportunity to chat with members and their wives and to find out more about the charitable work that is done by Bucks Freemasons for the local community.

The day was attended by the Mayor of Milton Keynes, Steve Coventry, and the Lady Mayoress, Lianne Lacey. The Mayor was shown a display highlighting the £88,000 that Bletchley Freemasons had raised during the past year, much of which went to local charities.

The main event of the day was the opportunity for local men to have a free PSA test. This initiative was started in 2015 by Bucks Freemasons, and has now seen several hundred men in the county tested, with a few of them having follow-on checks after receiving elevated results; during the day 117 visitors, including the Mayor, were tested.

The event was also supported with exhibits from: Bletchley Ladies Luncheon Club; The Bucks Masonic Clay Pigeon Association; Willen Hospice and Milton Keynes Prostrate support. There was also a wonderful collection of Classic Cars as well as a display of Masonic activities, famous Masons and memorabilia. Visitors were also treated to a most informative tour of the Lodge Room by Nigel Beaven, and of the museum by Barrie Jones.

Graham also said how pleased he was with the work done by Bletchley Freemasons to promote Freemasonry in the community.

Mike Stimson, Past Deputy PGM of Buckinghamshire, who has championed the Bucks Masonic PSA initiative from its inception over a year ago said: “At 117 tests, we have broken the record number of tests carried out at any of our centres. It is a vital service and has already proved its worth with several men being treated for potential life threatening illness in good time”.