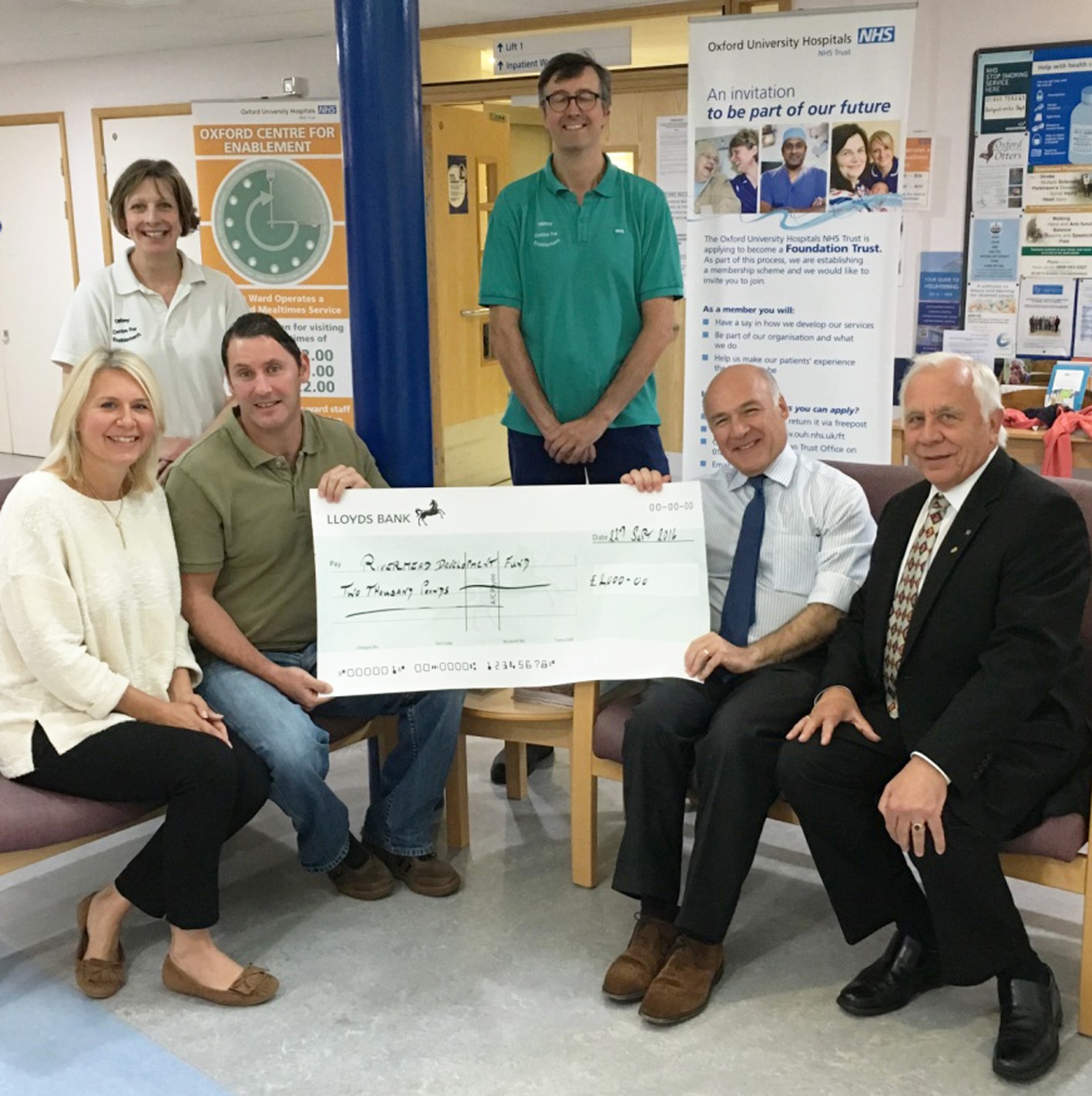 Donations to Oxford Centre for Enablement and Deanshangar Cubs

In the spring of 2011 Michael Ratcliffe was hit on the head by a cricket ball travelling at very high speed - it was at a cricket net practice and the ball was hit through the net striking him on the left side of his head.

He was admitted to the John Radcliffe Hospital and underwent life-saving emergency surgery under the care of Miss Stana Bojanic, Consultant Neurosurgeon.

Michael was later transferred to the Oxford Centre for Enablement (OCE) unable to speak, paralysed down the right side and unable to carry out any self-care. After five months of intensive therapy he had regained the ability to walk and was beginning to speak. He returned to live with his young family, Jack who was 4, and Ethan, who was 7. His wife Claire devoted herself to continuing his recovery. He has now returned to driving, can walk and talk pretty much normally, and hopes to return to paid employment one day.

Claire's father, Dennis Hall, who was Master of the Milton Keynes Lodge, No. 9277, this last year, has raised £2,000 as a donation to give to the Rivermead Development Fund, to say thank you to the OCE team, who worked with Michael on his long road to recovery.

Dr Slater said: "We are very glad to hear of Michael's continued and very remarkable recovery. This generous gift will be used to support staff training and for the provision of extra equipment and facilities for other OCE patients."

Dennis added: "We are extremely grateful to Miss Bojanic, Dr Slater and all those at the OCE for looking after Michael and assisting in his recovery. My Lodge wanted to show its appreciation for the work that the OCE does and in following our core values of Friendship, Integrity and Charity, we wanted to ensure others in our community are able to benefit from their expertise should they find themselves in the same unfortunate condition that Michael found himself."

Michael also does a lot of charity work locally and Claire describes this as 'giving something back to the village that supported him. The family lives in Deanshanger near Milton Keynes and has a great relationship with the local Cubs and Scouts Group. To help with this activity Milton Keynes Lodge held a 'Bingo Night' and raised £320 which was recently presented, by Michael and Dennis, to Cub Leader, Lisa Gordon.

In the picture above seated (l to r) are: Claire, Michael, Dr David Henderson Slater, Consultant in OCE, Dennis Hall, and standing, two of the team who looked after Michael, Tracy Barnett (Physiotherapy) and John Mercer from the OT team. 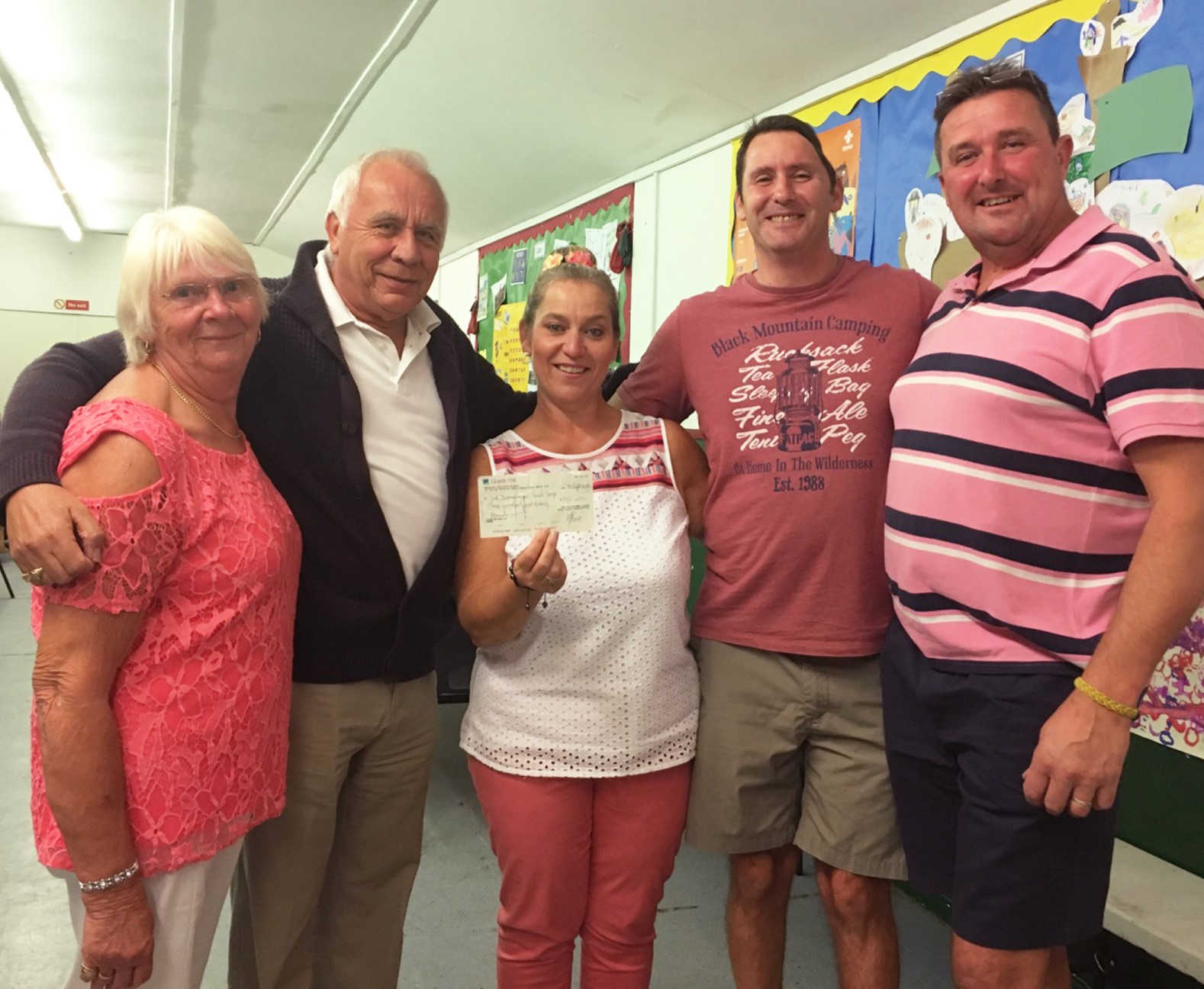